Misinformation and Mismanagement were the two key features of the recent European Super League fiasco. A hierarchy in any organization is of crucial importance and the reason for it is to achieve the goal of transparency, something most of the English clubs did not achieve when they made the announcement of a break-away league.

John W.Henry, Stan Kroenke, Daniel Levy, and Joel Glazer blindsided their clubs, the manager, its players, and most importantly the fans when they disclosed about their inclusion in the ESL.

However, the likes of Sheikh Mansour and Roman Abramovich cannot be blamed for the same, although City Football Group completely understood what they were getting into.

Roman Abramovich’s feelings no different from the fans:

It is a well-known fact by now that Roman Abramovich is not allowed to enter the U.K anymore, which also means that he cannot be present for any matches in Stamford Bridge while he also cannot understand the extent of a management situation.

The idea of a European Super League was floated to Roman Abramovich by saying that ‘the fans would love it and they are supporting it’, something far from the truth. While it can be argued that Abramovich could’ve evaluated the situation himself, but that would have been possible if the Russian Oligarch was actually involved in the entire process.

Moreover, Chelsea, along with Manchester City were informed about the situation only a week before the announcement of the break-away competition. Like most management issues, Abramovich trusted this situation at the hands of Chelsea chairman, Bruce Buck and the Board of directors. However, in the lieu of money and power, the Chelsea board misused the power given to them by Abramovich and gave a green signal regarding their inclusion in the competition in a fear of “being left behind“.

The Chelsea board never even considered the feelings of its dear fans and while they were one of the most reluctant participants in the competition, it is your decisions that matter the most at the end of the day.

After protests broke out, Chelsea issued a statement saying that they do not want to play any part in the Super League anymore and Roman Abramovich is reportedly fuming due to this. The Russian’s image with the Chelsea fans has always been a mixed one- while some fans accept the fact that Abramovich’s money has been a big part of where Chelsea are today, the rest of them feel that Abramovich should have a more trusting policy when it comes to managers. However, none of these elements ever enraged the Chelsea fans to ask the Oligarch to leave the club, something the fans did do within 8 hours of the announcement of the Super League.

Abramovich has never let the club down while Chelsea were also one of the very few clubs in the pandemic to donate to associations and also not have any cutbacks on the wages of any member of the club. The Russian has had a track record of always being on the good side of Chelsea fans and when their feelings were betrayed a week ago, Abramovich felt the same pain and a sense of disgust at the Chelsea hierarchy.

While Bruce Buck & co. have also always acted in good faith for the fans, the decision taken by them regarding the Super League is one that smelt of greed and power. Stamford Bridge, Chelsea’s home ground since their inception in 1905 is owned by the Chelsea Pitch Owners Association, a deal that took place in 1997 as the club were not as financially sound as they are today.

Roman Abramovich knows this, courtesy of which, he has never tried to regain ownership of the stadium because he truly believes in the fans having a say and control over the club. Football is nothing without its fans- an emotion Roman Abramovich shares as he is as he says “Chelsea Football Club’s biggest supporter”. 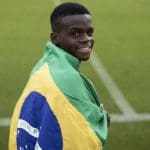 Metinho: City Football Group out to secure a deal for the Brazilian termed as the next ‘Paul Pogba’
Next Article 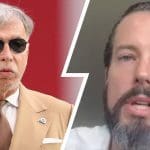 Josh Kroenke: The new Kroenke at the helm of Arsenal?
Leave a comment