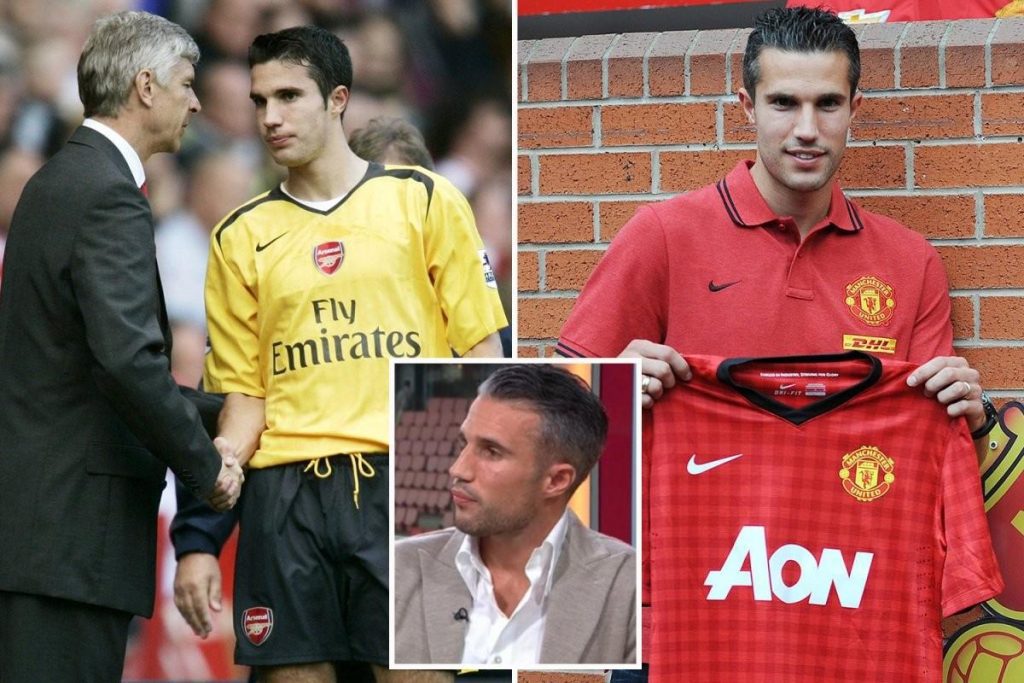 Former Arsenal captain Robin Van Persie has been a player who was earlier considered to be one of Arsenal’s most deadly striker and an legend regardless of his fitness level or number of matches he was able to play for the club, as he was mostly too frail to remain fit for a longer period.

During his eight years spell at Arsenal, Van Persie made a total of 278 appearances and became Arsenal’s 8th all-time top scorer with 132 goals. In his final season at Emirates, he scored a club record of 35 goals in 2011 and was club captain for the 2011–12 season, prior to joining rivals Manchester United in July 2012.

On 4 July 2012, Van Persie announced that he would not be signing a new contract with Arsenal; an admission which didn’t go down well with the fans.

After his unceremonious move to league rival Manchester United, Van Persie’s Arsenal legendary status went down the drain and suddenly became a villain.

According to a recent interview, speaking on Jake Humphrey’s High Performance Podcast, Robin Van Persie said: “It was Arsenal’s decision not to offer me a deal. That is up to them”. 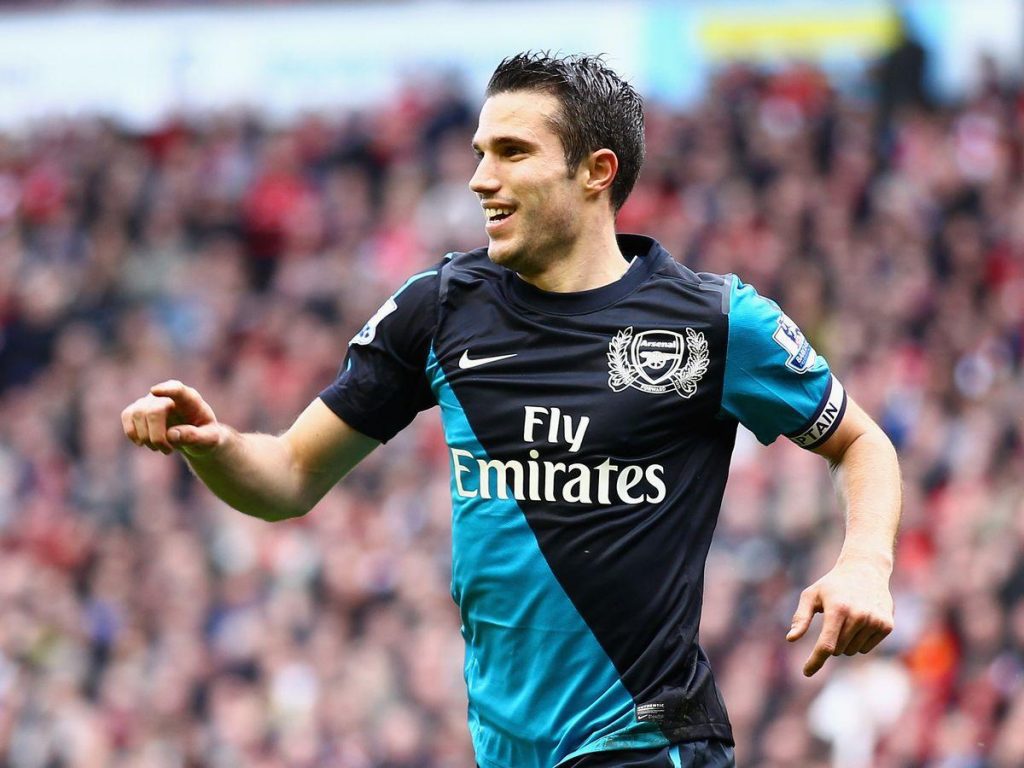 “After many conversations, it became clear that we had different ideas about the club”.

“I had seven points where I thought Arsenal could improve and, in my opinion, those seven points, they should start dealing with those straightaway to compete with the best teams”.

“Yeah [I remember what they were] but it doesn’t really matter what points they were. What matters is Ivan decided that he didn’t agree on one single point of those seven points, which is fair enough”.

“So taking that information on board, Arsenal doesn’t offer me a deal. They didn’t agree with my views, my views were only to help. They were honest views of how the club should move forward, but that’s a clear message.”

“It’s not an issue any more. It is not an issue for me, that’s life at the top. Clubs, businesses make decisions, and players do as well.”

“It was my period when I was the captain, top scorer. That’s the period where I felt that my views would count.”

“As a 20-year-old kid, your views of how the club should move forward don’t really count. Then you have to fight for your place, be quiet and learn, try to be a better player every day.” 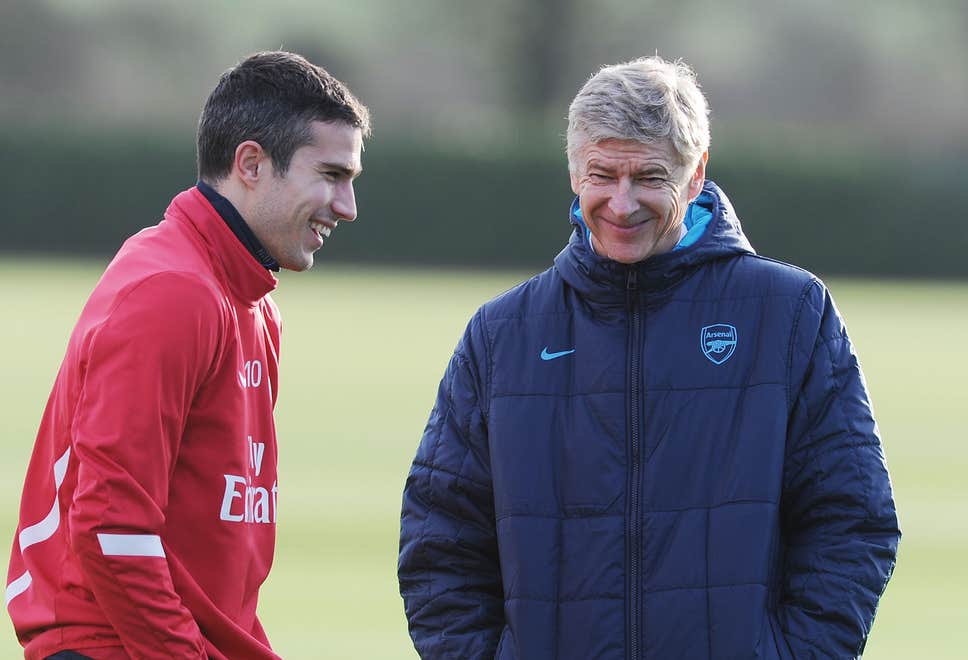 On Arsene Wenger, RVP said, “I will say that without his influence I would not be the player I ended up with in the end. I’m thankful, I’m happy. It’s just certain facts you can’t look away from. It’s just how it was.”

“I’m not angry with Ivan, I’m grateful I worked with Arsene for eight years – he played a crucial part in my career.

“I realised that people have judgement ready based on ten per cent, but that is how it is. I’m grateful for Arsenal, for the years I played there, and for Arsene.”

“Ivan and me didn’t really click, that can happen, but it’s a big man world.”

And though Van Persie was confident in what he was suggesting, he did not want to drag any of his team-mates into his battle. 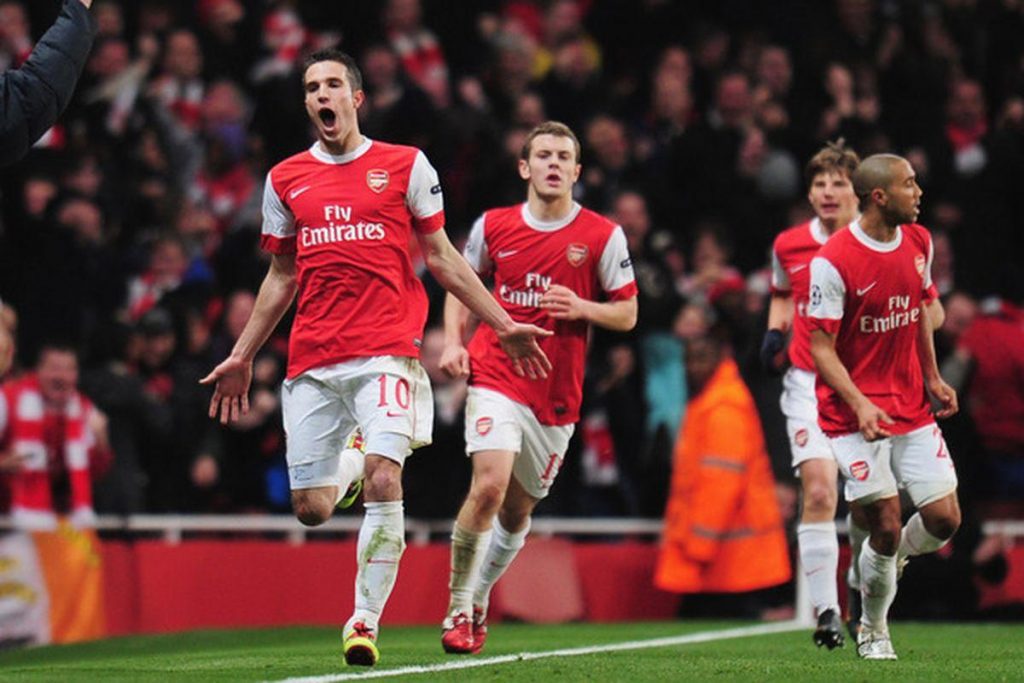 “If I was to bring two or three other guys who shared my opinion, it would put them in a difficult place. I will not do that.”

“I will take the blame, I will live with the consequences but I don’t want to put you guys in the position.”

Many Arsenal fans would have wished to see their ex-captain Van Persie retire at the club but his exit came as an heavy blow and left a big hole in the heart of the fans.
But with Van Persie’s latest revelation on what went wrong behind the scene at Arsenal, this might just ease the pain of the fans towards’ the Dutch man and help to return his earlier legendary status and recognition which he rightfully deserved based on his great contribution on the field of play for the club.

Scout report of Nathan Ferguson on Crystal Palace radar
Olivier Giroud: Look at his under-appreciated years at Chelsea
To Top