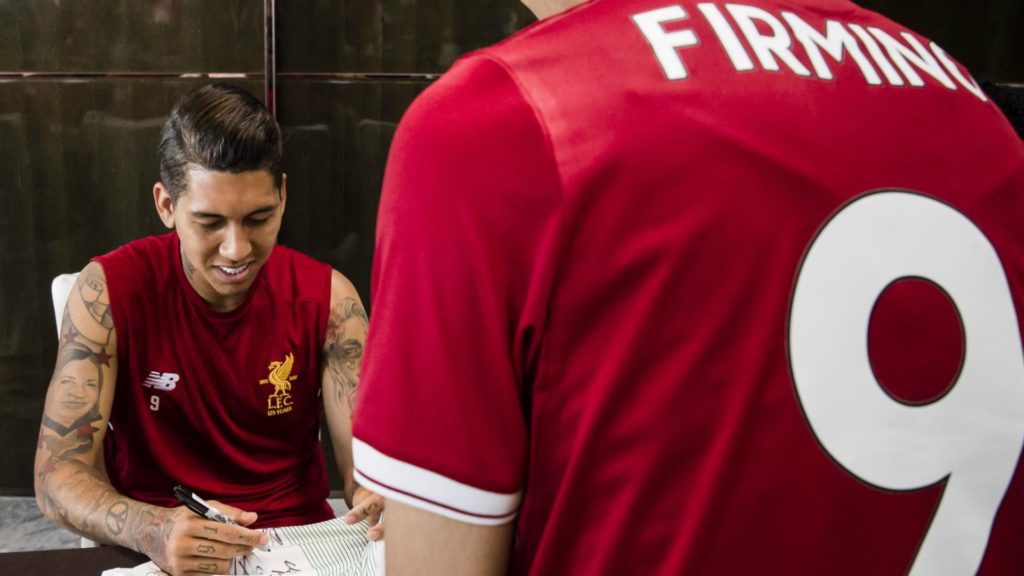 Whether it is evident or not Roberto Firmino has undoubtedly been at the focal point of this Liverpool side’s potent attack. He has won the premier league, the champions league, the UEFA Super Cup and the club world cup as a player and at just 28 years of age still has a good part of his career in front of him.

Despite being a great player Firmino has been criticized in recent times because he does not get on the score sheet that often and the stats are not always as glamourous as that of the other strikers. Still, Firmino brings more than just the goals and today we shall take a look at why he is such an essential part of this Liverpool side.

Many people this season have been quick to criticize him because of his stats that include just 9 goals and 8 assists in 34 games. While he may not have had the most prolific season, he brings a lot more to the team in terms of his hard work and intelligent play.

Firmino is deployed as a false 9 and comes deep to collect the ball and link up play whilst also freeing the space for the likes of Sadio mane and Salah to go more central in their approach which helps them score pretty often. Firmino plays deep, almost like a creative attacking midfielder putting the balls in little pockets and giving those all-important pre assists.

He has an exceptional work rate and presses up the field and is also very useful in cutting out the passing options for the opposition. This is the main reason why Jurgen praises and admires the lad so much because even though he may not always get those goals, he is still creating a gap by dropping deep and linking up the play.

This can leave the defenders in two states of mind whether to track him down or just hold their position and with the current speed and prowess of this Liverpool side that is more than enough to make a significant impact.

Most importantly he shows up in the big games with a great performance and assist in the UEFA Super Cup and the deciding goal in the Club World Cup. That speaks volumes about the kind of talent he possesses on the pitch.

Watching Firmino feels like you are watching a creative attacking midfielder in the disguise of a striker with those silky feet, deft touches and those outstanding no-look passes or even goals.

Firmino came to Liverpool from Hoffenheim in 2015 for a sum of 29 million pounds, and many berated the move and said that he was still very young and inexperienced and even questioned the fact whether he would be able to survive at the highest level.

Many years and trophies later I guess it is fair to say that he proved them wrong and what a way to do it. He has become a household name at Liverpool, and the fans adore him. Sure, he may not have had the best season when it comes to scoring, but again he was never the most prolific striker.

While that is not a statement trying to defend his lack of goals, it is only an attempt to show that he brings a lot more to the table than people give him credit for. He is the perfect man who sacrifices himself for the team and is the perfect example of what Jurgen Klopp demands from his players week in and week out.