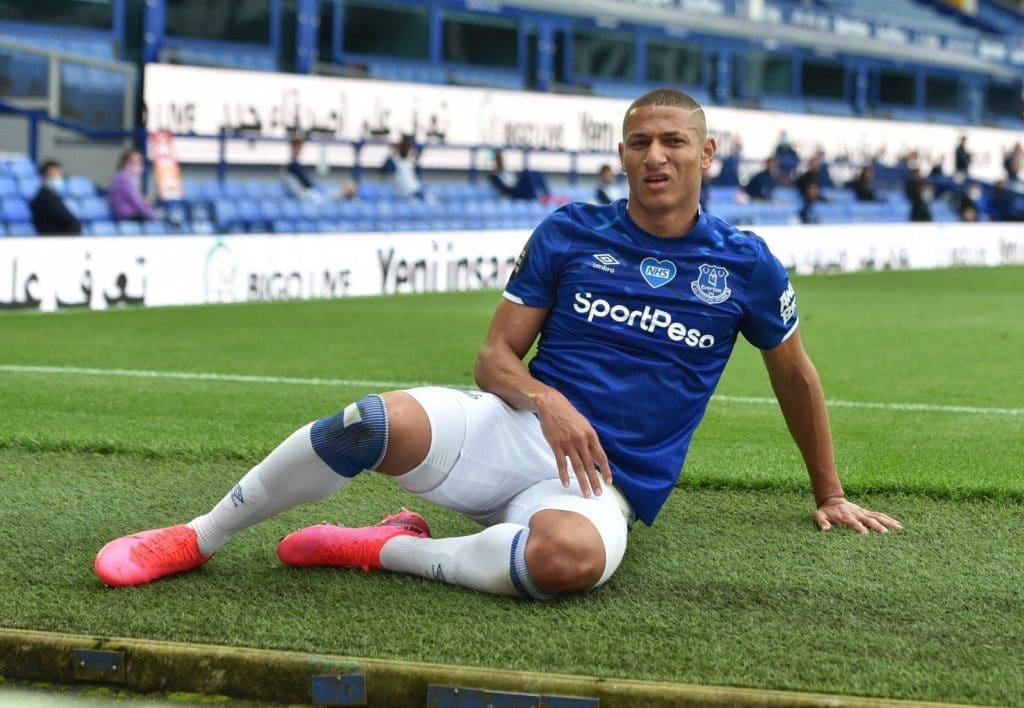 Everton have made a flying start to the season after a solid display on the opening day against a very good Spurs side. They have then gone on to win against West Brom playing a more dominant and attacking style of football. It was a relentless attack once Kieran Gibbs was sent off and it is certain that the Toffees would’ve dominated the game regardless of the Red Card to Keiran Gibbs.

Although the limelight was on Calvert-Lewin in the two games as he grabbed several points for FPL managers, there is a player that has gone a bit unsung in these games.

Richarlison has been flourishing under the tutelage of Carlo Ancelotti and seems to have adopted a new role as creator. He has Provided two assists in his last two games and has been a consistent source of points when other strikers that are priced higher than him have struggled. In the two games, Richarlison has taken 12 shots which shows that he is likely to be involved in a goal or an assist.

His skills make him a likely source of winning fouls in and around the box giving him an added edge when it comes to goal involvement. Priced at £8m Richarlison can be a great differential in the coming game weeks. With the likes of Martial (£9.0m) and Firmino(£9.4m) still trying to hit full form Richarlison is just the right price for the amount of points he gets in. If you have funds at your disposal then you could also look to reinvest the funds from midfield into adding Richarlison.

The Fixtures are really favourable for Everton and if the first two games are anything to go by then there are a lot of goals in this Everton team. With Calvert-Lewin and Richarlison currently in the thick of things. Everton Play Crystal Palace (A), Brighton(H), Liverpool (H), Southampton(A), Newcastle(A). Apart from the Liverpool game Everton look to be Favorites in all the other ones.

Richarlison is a guaranteed starter in Ancelotti’s side with creators like James Roriguez and Luca Digne to supply the balls forward there is a high chance that Richarlison will get his name on the scoresheet in the next gameweeks.