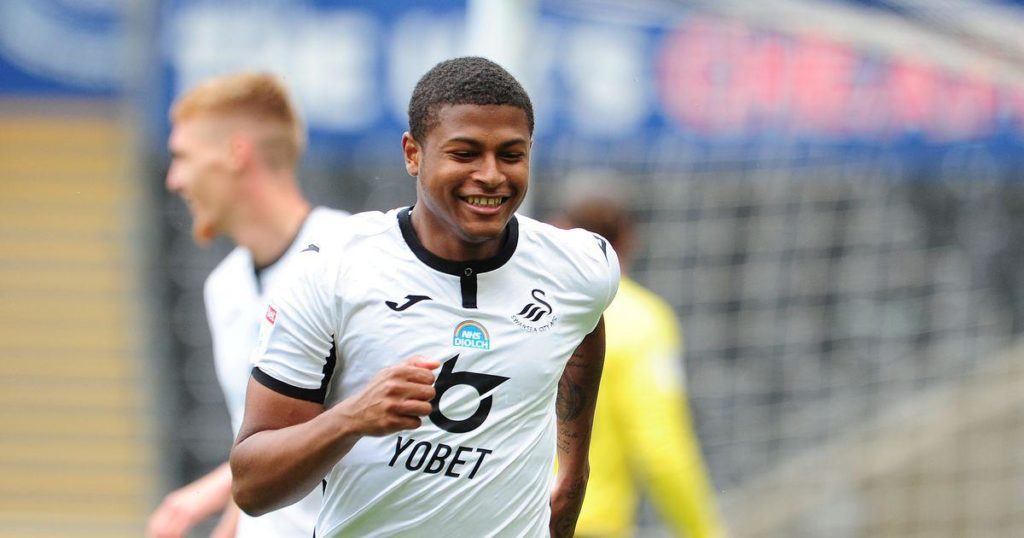 Liverpool youngster Rhian Brewster is willing to wait for Jurgen Klopp to weigh up his options before deciding his future.

The youngster returning to Liverpool after a convincing loan spell at Swansea in the Sky Bet Championship as they were denied a place in the finals of the Championship play-offs.

He was 11 times on the score sheet for Steve Cooper’s team in 22 appearances as they managed a semi-final place in a bid to return to the Premier League.

The 20-year-old has however received interest from an increasing number of teams across Europe. Per reports, over 10 clubs in England have showed interest in the attacker and asked the Reds to keep them informed over any development, with clubs from the German Bundesliga also said to be showing interest.

Brewster is currently on pre season training with the Premier League champions ahead of the 2020/21 season which kicks off on the weekend of September 12.

Brewster as claimed he aims to become “The striker” at Anfield, and that would require he impresses the German manager a lot during his time with the first team.

Having been successful with a first loan spell, the top scorer at the Under-17 World Cup three years ago when England emerged successful is aware of the possibility that another move away from the Merseyside outfit to earn regular playing time could be key to his development going forward.

Crystal Palace, Aston Villa, Burnley, Bournemouth, Newcastle United, Norwich City and Brighton & Hove Albion are reportedly monitoring his situation – while the player also waits on his manager to determine what could be best for him.

Swansea are also believed to be open to taking him on a temporary deal for another 12 months next season.

But Klopp is said to be in no rush to make a decision over Brewster’s future – with a long way to go until the end of the summer transfer window.