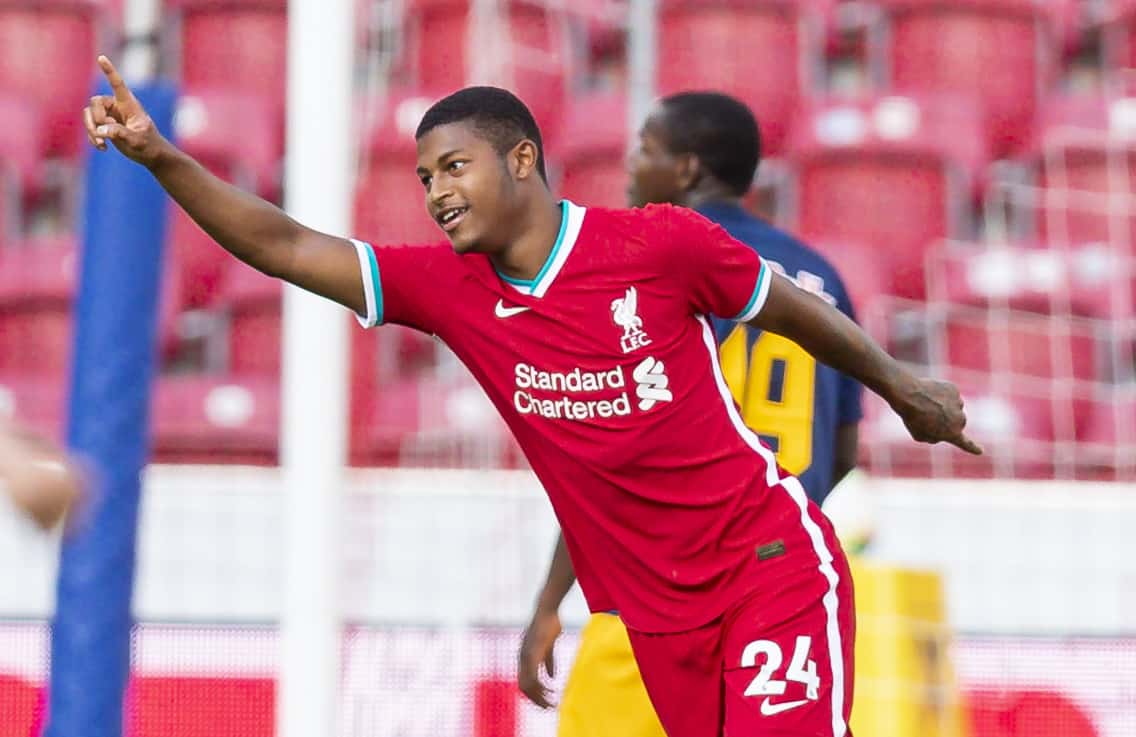 According to The Athletic, it was disclosed that ten England outfits have registered an interest in Liverpool‘s young forward Rhian Brewster, with six Premier League clubs said to be the more interested ones.

While Swansea City, Bournemouth, Norwich City and Watford are said to be the Championship sides interested in the youngster.

WHAT TO KNOW ABOUT RHIAN BREWSTER

While he was just seven years of age, Brewster was scouted by several representatives from West Ham United, Chelsea, Charlton Athletic and Arsenal.

Chelsea eventually got him and he further developed his game in the club’s academy, under coach Michael Beale until he clocked fourteen.

In 2015, Brewster was approached by Chelsea following a special recommendation by Michael Beale who had left his role as Chelsea’s academy coach, taken up a position with Liverpool instead.

Brewster’s intent to move to the other direction was motivated in part by his father’s influence, who thought that his son would have a better chance of breaking into the first team through Liverpool’s academy rather than at Chelsea.

After which he left Chelsea’s academy to join league rivals Liverpool. He was said to have been placed on a unique training regime, which encouraged a one-on-one training sessions with former Liverpool and Real Madrid winger, Steve McManaman.

Brewster was eventually rewarded for his significant impacts and development through the youth ranks and earned a call up by first team manager Jürgen Klopp to the senior team, for club’s friendly matches in October and November 2016, where he showed some glimpse of his finishing ability by scoring a memorable hat-trick against Accrington Stanley.

Leading to the end of 2017/2018 campaign, Brewster was in the middle of an intense transfer speculation, which resulted in Liverpool cancelling their scheduled friendly match against Borussia Mönchengladbach, after it was reported that the German outfit were alleged to have ‘tapped him up’.

Despite not playing a part in any of Liverpool’s competitive game, Brewster was named on the bench in the 2019 UEFA Champions League Final against Tottenham and so collected a winner’s medal as Liverpool won 2–0.

On 25 September 2019, the youngster made his competitive debut for the club in an EFL Cup match against Milton Keynes Dons.

For Brewster’s continuous progress, he joined Championship side Swansea City on loan for the remaining part of the season, during 2020 winter transfer window. The youngster became reunited with his former England Under-17 manager Steve Cooper.

After the league restarted following the league’s break caused by Covid-19, Brewster scored a brace during the club’s 3–0 win over Middlesbrough, hereby increasing his tally to 6 goals in 12 games. Brewster eventually finished last season with 11 goals in 22 appearances for the Swans.

Brewster looks to have picked up from where he left off, following his fruitful loan spell with Swansea City last season. The young striker has already scored three goals in two preseason friendly matches, whereby coming off the bench to score a brace that earned Liverpool a 2-2 draw with Salzburg on Tuesday.

Following his incredible preseason performances, Wijnaldum has spoken of his impression about Brewster. “I’m not ‘impressed’, because I know already which kind of quality he has,” the midfielder told Liverpoolfc.com, when asked to sum up Brewster’s pre-season so far. “We trained together for a few years and he showed also in training that his finishing is unbelievable, so I’m not really impressed!”

Considering the high demand for Liverpool’s young talented striker, Jurgen Klopp could still decide to loan the youngster to a suitable Premier league side, in order to gain more first team experience. 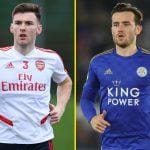 The best Left-Back in London?
Next Article 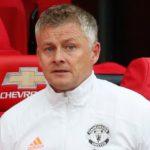 A Look at United’s Jadon Sancho Alternatives
Leave a comment