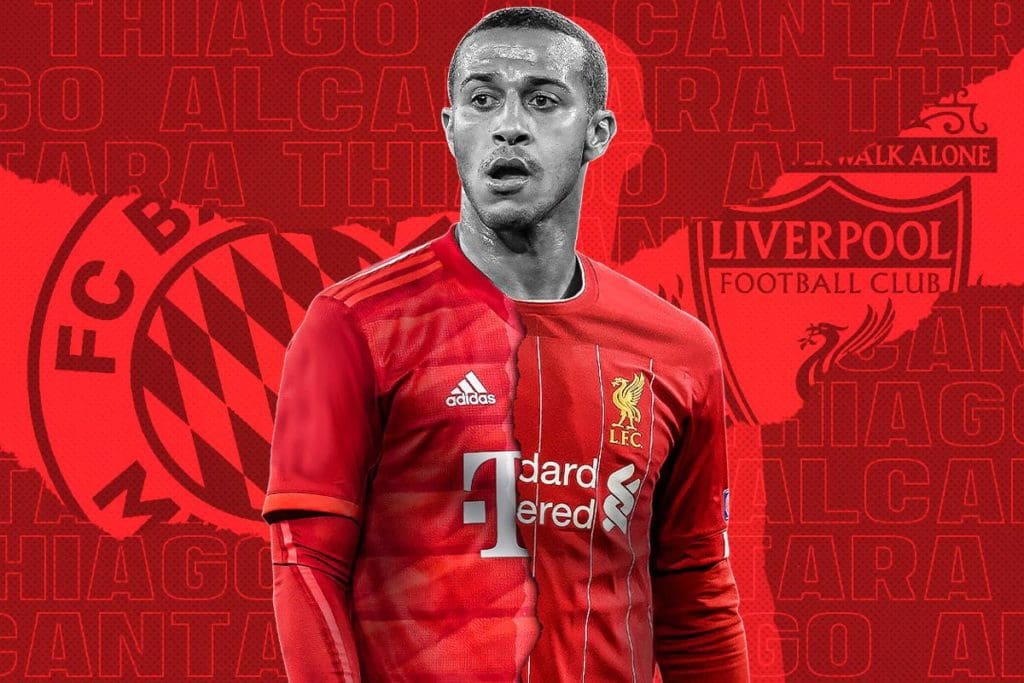 Premier League champions Liverpool have reportedly reached an agreement with Bayern Munich over the fee for midfielder Thiago Alcantara.

The English side are understood to have accepted to pay Bayern’s £27 million asking price for the Spanish international who is keen to leave Germany this summer.

The Reds had previously been reluctant to meet the Bundesliga outfit’s valuation of the 29-year-old, who has just one year left on his current contract at the Allianz Arena but a deal seem to be getting closer after Jurgen Klopp’s team have decided to meet the demands of Bayern.

Personal terms between Liverpool and Thiago seem to be no hindrance to the move to get him to Merseyside this summer and the player is happy to join Klopp’s set up.

Manchester United were also reported be keeping tabs on the Spaniard but after completing a deal for Donny van de Beek, the Red Devils pulled out of the race to sign the former Barcelona man.

Thiago had already made it clear to the Bundesliga champions his intentions to depart the club this summer having helped them to another magnificent treble winning campaign.

It is also claimed the midfield maestro has already said goodbyes to his teammates at the club and is keen to join Liverpool for the 2020/21 campaign, the team he said to have admired for quite a long time.

Thiago joined the Bavarians from Barcelona in the summer of 2013 and has gone on to make 235 appearances for the club since then, scoring 31 goals and assisting a further 37 for the club.

With Gini Wijnaldum, who is also in the final year of his Anfield contract stalling on a new contarct, Liverpool have moved quickly to secure the signature of the 29-year-old.

His addition will ease of the pressure on the Liverpool midfield who have found it difficult to create enough chances for the team.

Southampton vs Spurs: Walker-Peters’ pace will be tricky to cope up with! | Premier League 2020/21
Arteta faces dilemma in selection with talented trio
To Top