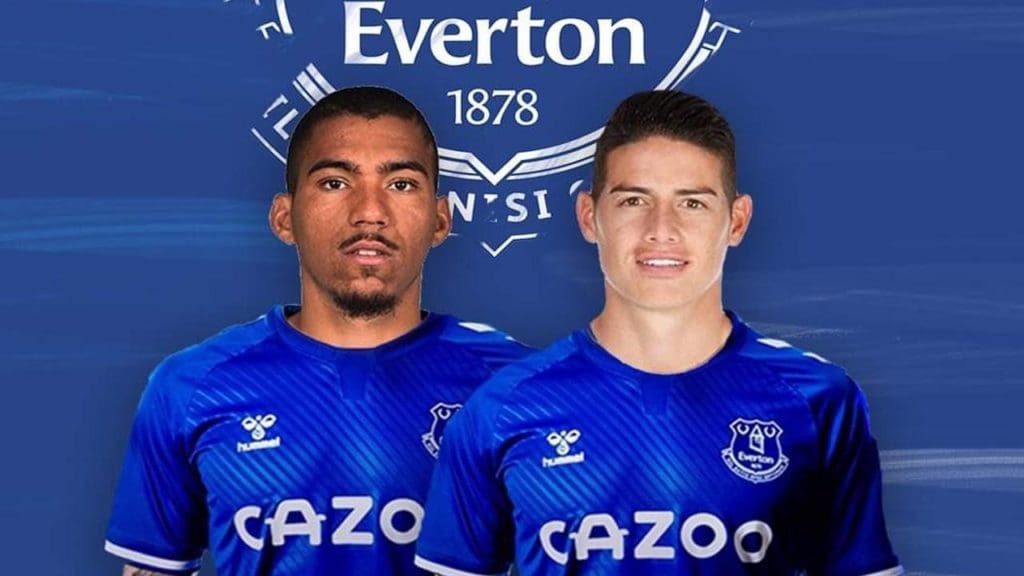 Everton are reportedly closing in on deals for midfielder James Rodriguez and Allan from Real Madrid and Napoli respectively ahead of the start of the 2020/21 campaign.

Having been out of favour under management of Zinedine Zidane at the Santiago Bernabeu, James look set to bring an end to the bromance between himself and the Spanish club.

The Colombia international is expected to be reunited with former boss Carlo Ancelotti at the Goodison Park for the upcoming season. The attacking midfielder will put pen to paper on a three-year deal per reports in the English press.

The 29-year-old made 125 appearances for the Spanish giants following his £63m arrival in 2014 after shining in that summer’s World Cup in Brazil. James was also shipped on loan to Germany, where he enjoyed a two-year loan spell at Bayern Munich between 2017 and 2019 before returning to Madrid for their La Liga-winning 2019/20 campaign – although he made just two contributions in eight appearances.

Allan is also expected to leave Napoli this summer for a fee reported to be around £25 million as Ancelotti continues his plans to improve on Everton’s performances in the coming season.

Earlier this week, the president for the Italian club revealed that the Brazil international was on his way to the Merseyside club though both clubs are yet to release an official statement.

Aurelio De Laurentiis told Radio Kiss Kiss: “We are at the final greetings. Allan will go to Everton.”

The Stadio San Paolo has been one of the biggest platforms for the midfielder who has proved to be one of the top performers in the Italian league.

Allan moved to Napoli in 2015 from rivals Udinese and has since made over 150 Serie A appearances for the club, also winning the Coppa Italia during the 2019/20 season.

It is no doubt that both players will be key to the Toffees key next season considering the inconsistent displays we saw last season.

Medicals scheduled for James Rodriguez as new Everton player. Paperworks completed between #EFC and Real Madrid. Ancelotti called him so many times… key man to get the Colombian star 📲🔵 #James #HereWeGo https://t.co/JDMsnThf0o