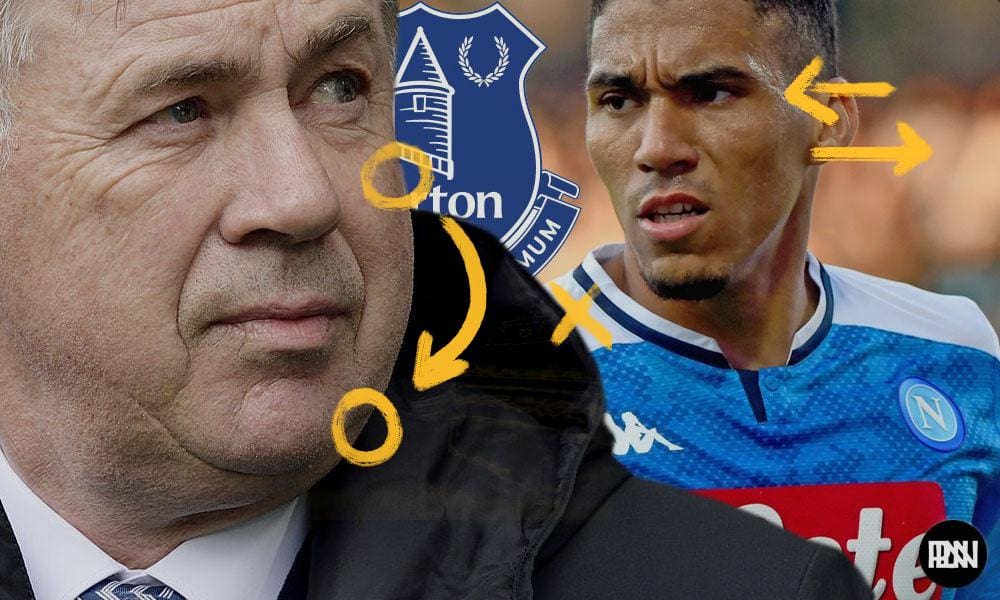 Everton are said to be edging closer to agreeing a deal with Napoli midfielder Allan this summer.

The Premier League side are keen on adding the midfielder to their ranks ahead of the start of the new season, and reports in Italy suggest that Everton are a matter of days away from striking a deal for Allan.

They were reported to be far of Napoli’s valuation of £37 million with the Toffees initially hopeful that a £22 million offer will be convincing enough to make the Naples based club sanction Allan’s sale, who previously worked with Carlo Ancelotti during the latter’s spell as manager of the Naples outfit.

And now Corriere Dello Sport are claim that Napoli and Everton are just a little money apart from agreeing a deal which will see Allan end up at the Goodison Park on a permanent deal.

Allan, who has been capped eight times by Brazil started 16 games during the 2019/20 Serie A season, with a further seven coming from the bench. He was also involved in three goals for Gennaro Gattuso’s team, scoring twice and turning the provider on another occasion.

He has three more years left on his current deal at the San Paolo Stadium.

Everton were also reported yesterday to be in advanced talks with Real Madrid for the signature of James Rodriguez, who has fallen down the pecking order under Zinedine Zidane at the Santiago Bernabeu. With just one year left on his current deal with the Spanish giants, Madrid are quickly moving to facilitate his departure this summer than see him the club for free next summer.