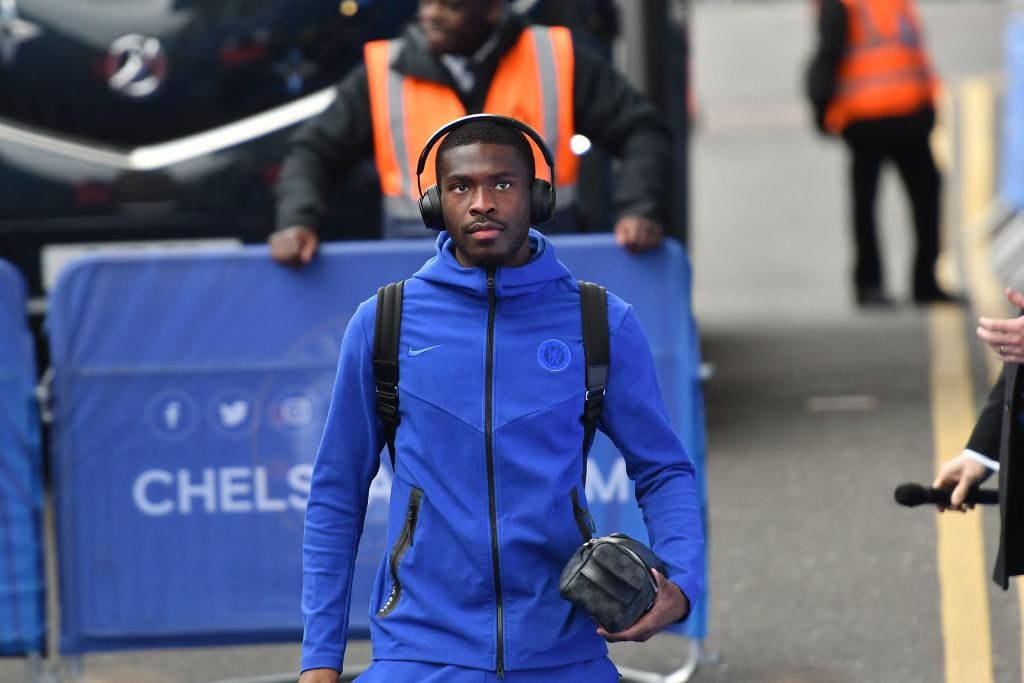 Everton are reportedly closing in on a deal for Chelsea central defender Fikayo Tomori ahead of the start of the 2020/21 campaign.

The Merseyside club look set to finalise a deal for the 22-year-old, who will move to the Goodison Park on a season-long loan move.

Everton have been quite active in the transfer market as they work on their shaky midfield with the arrivals of James Rodriguez and Allan from Real Madrid and Napoli respectively.

The club have also added Abdoulaye Doucoure to their ranks which could see a new midfield trio in the upcoming season.

And now Sky Sports is reporting that they have toppled French Ligue 1 side Rennes in the race to sign Tomori, after the Premier League side failed in attempts to sign Gabriel Magalhaes.

Since the appointment of Carlo Ancelotti midway through the just ended season, the Toffees only managed five clean sheets in 21 games which became a concern for the Italian manager.

Tomori was arguably Chelsea’s best centre-back in the early part of the 2019/20 campaign, which saw him earn a call up into the England national team in October prior to making his debut a month later.

He fell out of favour under Frank Lampard, having put pen to paper on a new five-year contract at the Stamford Bridge. He also failed to make an appearance when football was given the greenlight after a three-month hiatus.

Tomori is also expected to enjoy less minutes in the yet to start Premier League season after the west London outfit added veteran central defender Thiago Silva to their team.

A move to the Merseyside club could be the best option for the England international to continue his development as they can promise him enough playing time compared to being at the Stamford Bridge.

How would you rate Everton’s transfer business so far?