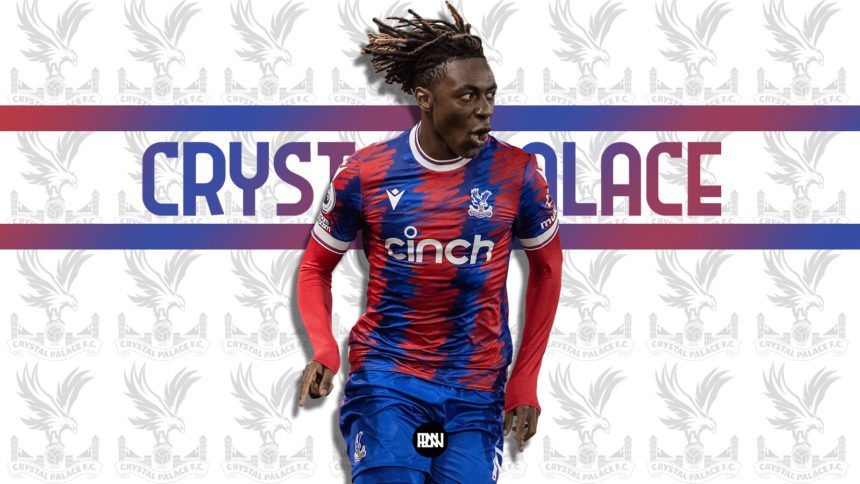 Remember those days when Crystal Palace barely had a pot to pee in, only calling on and possessing the qualities of just Wilfried Zaha to bail them out of trouble and win games for them.

It was a stark reality for the Eagles as former manager Roy Hodgson was forced to find ways of stopping the opposition from scoring rather than finding ways to notch their own. Palace were heavily criticised for their “negative football” with much of the brunt placed on Hodgson for his pragmatic style. Though it was no fault of his own – he could only play the cards he was unjustly dealt.

Fast forward a few years, and Crystal Palace look like a different proposition, a much more potent, exuberant and exciting force. Now, it’s not just Zaha they can call on. The huge weight placed on the Ivorian international’s shoulders has significantly been lifted and that’s down to careful planning and recruitment strategy of those behind the scenes coupled with Patrick Vieira.

Back then, Palace were known for becoming a retirement home, possessing a plethora of veterans to steady a rocky and stale ship.

Now, things have dramatically changed, for the better. The likes of Odsonne Edouard, Michael Olise, Cheick Doucoure, Tyrik Mitchell, Marc Guehi, and Joachim Andersen are all stark representations of the growth and improvements made at Selhurst Park. They are indeed the future of the Eagles, the much needed spine that the club can rely on for years.

Though one player who arguably holds all the cards when it comes to Crystal Palace’s immediate future is none other than the extremely gifted Eberechi Eze.

Possessing his supreme qualities means Palace no longer just rely on Wilfried Zaha to win them points or bail them out of trouble, they possess another talented string to their ever-improving bow and that is Eze.

Funny enough, it was Hodgson who brought in the playmaker from QPR, desperately attempting to address the Eagles’ desire for more creativity and thrust in their midfield. The London-born midfielder proved the perfect solution, simply because of his sublime runs from deep, quality from set-pieces, lovely pieces of intricate skill with the ball at his feet but more importantly his ability to pick out the telling passes for the likes of Wilf Zaha.

Eze considerably impressed during his last year at Loftus Road, fulfilling the role of creative and dynamic no.10, floating across the front line and the attacking third as well as becoming an influence in deeper positions in order to knit together team moves through clever movement and silky touches.

It was a campaign to remember for him, directly involved in 22 Sky Bet Championship goals during the 2019/20 season (14 goals, eight assists).

As a result of Hogdson’s pragmatism, there was no room or opportunity for him to fulfil the same positions at Selhurst Park so was largely shipped out to the flanks in a traditional 4-4-2 shape. Given his decorated history and versatility, playing out wide proved no problem for him, recording four goals and six assists during the Covid-19 infested 2020/21 campaign.

It was 15 months ago that the former England U21 star abruptly fell to the ground in training, the sound of his achilles popping and his immediate future at the top level of English football in serious peril. It was both a teary shock to his teammates and coaching staff, as they knew how big a miss he would be.

A long and challenging journey back to full fitness followed and fast forward 15 months, Ebere Eze is starting to show he is arguably Palace’s MVP and one of the most decorated English attacking midfielders around. His Crystal Palace career so far hasn’t lifted off as he would have wanted making 57 appearances registering seven goals and nine assists, but the way the 24-year-old is strutting his qualities this new campaign means this may finally be the year he truly comes into his own.

He’s featured in all of Palace’s 10 Premier League games so far this season highlighting his importance to Patrick Vieira’s exciting revolution down in South London, registering two goals and two assists. Eberechi Eze performances in recent weeks, against both Leeds United and Wolverhampton Wanderers have led many to believe he’d be a flawless outside bet for Gareth Southgate’s England squad for World Cup next month.

Reports are now suggesting that may indeed be the case:

In fact, he was on the cusp of making England’s provisional Euro 2020 squad before he picked up the treacherous Achilles injury that ruled him out for six months but now that he’s back fully fit and firing, you’d imagine Ebere Eze could dramatically spring into Southgate’s thinking. If not pretty soon, then why not post-World Cup?

For now, Eze is providing a timely reminder as to why he is so pivotal for Palace. Bar Michael Olise, arguably no one in that Selhurst Park camp possesses the unique qualities that the 24-year-old possesses. His menacing and mazy runs through midfield, bypassing the opponent’s press and driving his team up the pitch is simply a sight to behold. Credit to Vieira and his staff in locating the perfect position for Eberechi Eze to thrive – on the left of his three-man midfield as one of the creative and marauding “free-8s”.

From there he is able to become the link between the defence and attack, quickly getting the ball from his defenders in pockets of space, and forming chances for himself or his teammates. Almost anyone can perform that role, but the way Eze operates is an art form. Holds such wonderful vision, awareness of his surroundings, sublime ball control and deceptive body movement in order to evade pressure and carry the ball up the pitch.

“It’s the way he moves. The defender would move as well, find himself off balance, and then Ebs would be away,” his former Queens Park Rangers team-mate Nedum Onuoha explained to The Athletic back in 2020. “It’s a skill not many people have. Others have the stepovers, the skills, but he’s quite flexible to be able to move in whichever way the moment brings.”

So far this campaign, Eze has successfully completed 74% of his dribbles at a rate of 2.5 dribbles per game. If that stat doesn’t excite you, then maybe this will. Amongst all midfielders in Europe’s top five leagues over the past year, the £22.5m-rated magician ranks in the top 1% of his positional peers for dribbles completed per90, carries into the opposition penalty area per90, top 1% again for players dribbled past per90 and in the top 27% of midfielders for progressive carries per90.

In Vieira’s progressive 4-3-3 system, Ebere Eze is incredibly pivotal in Palace looking to turn defence into attack through possession or in transition simply because of the way in which he weaves past defenders. Though we already know he doesn’t just possess the ability in dribbling, but picking cutting edge passes at the crucial moments. His through pass for Wilfried Zaha’s goal against Liverpool in a 1-1 draw back in August was an absolute peach.

Eze’s through balls are simply cutting edge, he showcased those qualities yet again in Palace’s 2-1 win over Wolves on Tuesday night for Edouard to set up Zaha’s winner.

Eberechi Eze oozes class. He picks it up in that left-sided 8 position, carries it forwards & has the vision to pick out a wonderful pass for Édouard’s run in-behind. His dribbling & vision are both high level. He creates goals out of nothing.

He is also statistically the best creator at Selhurst Park. No player in Vieira’s squad has contributed more key passes (1.6) or dribbles (2.5) per game, highlighting Eze’s rapid progression in becoming an outlet consistently producing chances in the final third.

It’s clear Eze’s strengths lie in Palace’s ability to keep possession. At times in recent weeks, Vieira’s men have given the ball away too cheaply from the back, due to Andersen and Guehi’s propensity to hit it long when trying to bypass the opposition’s press or to play into runners in-behind from the flanks. Sometimes it’s better to keep the ball on the floor, punting it long doesn’t provide the likes of Olise and Ebere Eze to get on the ball and create as they want to.

If Palace are to achieve their ambitions of a top 10 finish come May, they must get the best out of these unique attacking weapons. Weapons which a number of Premier League teams would certainly kill for.

Key to Crystal Palace’s winner vs Wolves was playing thru midfield instead of bypassing it with long balls like they did vs Leicester. Doucoure-Schlupp in close proximity to then feed Eze to feet. This is what Eze & Olise need. Vieira must use this build-up approach more often.

Crystal Palace’s over-reliance on Wilfried Zaha is now thankfully a thing of the past.

They now possess another player well-versed in winning games on his own, as well as becoming the one to provide for Zaha rather than him providing for himself. It looks as if Vieira has found the perfect formula and position for Eberechi Eze to thrive under, providing the 24-year-old with the platform and opportunity to consistently decide matches.

The Eagles must keep calm and give Ebere Eze the ball. 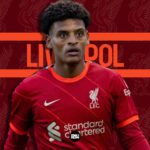 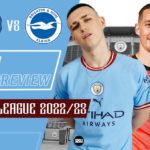