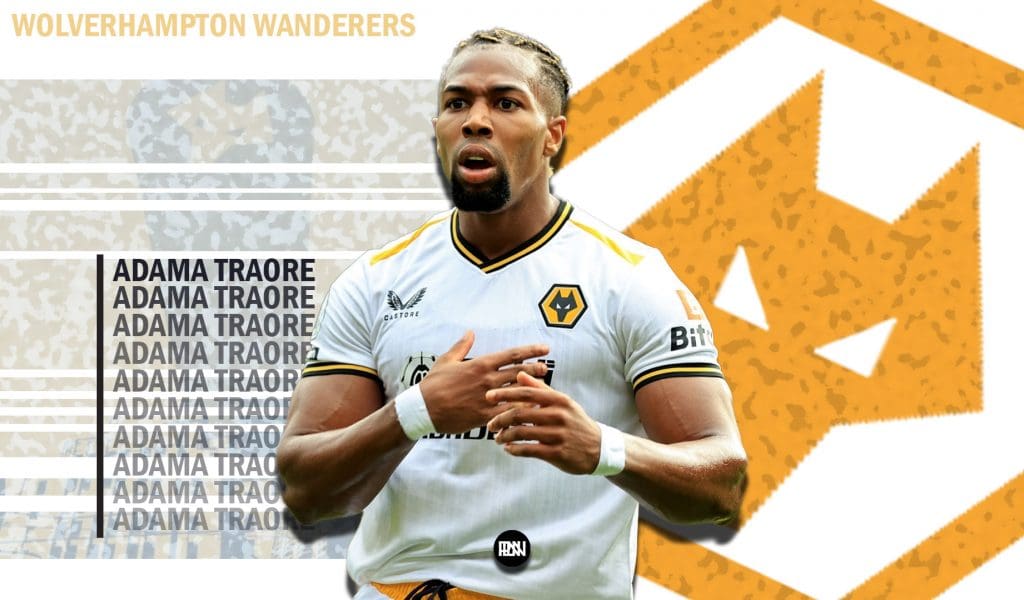 Adama Traore has become a world-known name in the footballing industry these days. The Spanish winger is bang in form for Wolverhampton Wanderers as he and Lage seem to have hit it off instantly. Don’t get blinded by the lack of goals or assists. He’s been one of the most involved players on and off the ball in the last three seasons. And he’s been doing that for a while.

In the years I’ve been studying kinesiology, terms like slow and fast-twitch fibers come along here and there. In short, you’re born with more of one than the other. Fast-twitch fibers are associated with explosive athletes, those which fire rapidly, the sprinters (these fibers tire more quickly), and Traore has them in abundance. So much so that Darren Campbell, the former Olympic sprint Champion said this: “He could definitely be a successful sprinter at 60m – maybe 100m. So much of his running is natural, he has fast-twitch fibres. The fact that he’s the fastest footballer out there tells you his speed is exceptional.”

Middlesbrough hired Campbell to work with Adama on his sprinting technique and he truly delivered.

“He already had the condition. It was about teaching him to control his speed. In your car, you have six gears – Adama always used sixth gear. So for me, the key straight away was slowing him down”.

“So instead of 100 percent, the key was to get him to 80 percent. His 80 percent was still faster than everyone else in the league”.

Most football players playing at Premier League level are incredibly gifted genetically but Adama almost stands alone. So how does someone so big, quick, explosive, and powerful as Traore doesn’t gas out after a few sprints? He’s a genetic freak. A truly unique athlete and every coach’s dream. In theory, he shouldn’t be able to move at such high intensity at such an explosive rate for 90 minutes week in week out. He’s the epitome of the term “Pace and power”.

He was regarded as a top prospect in his Barcelona days but only managed to acquire 2 appearances for the club (15 minutes). Why did he leave? Barcelona had one the best attacks ever available in MSN alongside the supporting cast like Pedro and others. The opportunities simply didn’t present themselves.

“[Traore] I didn’t leave Barcelona on good terms. I left because they stopped giving me opportunities. I didn’t know what I had to do better, because they didn’t tell me why it was happening“.

“In my last season – when I played – I believed I had done enough to deserve more playing time,” he said. “But they made me go back to Barcelona B, where I had spent two years already.“

Traore completed 243 dribbles in the Segunda for Barcelona B in 14/15, 63 more than the 2nd on the list, Eden Hazard (stats for Segunda+T5 leagues), a sign of things to come. Adama moved to Aston Villa a year later at age 19 for €10m but couldn’t hit the ground running, he wasn’t helped by Villa constantly flirting with relegation and being relegated in the end. He eventually moved to Middlesbrough but went through the same fate of being relegated, only this time he learned from it. And only got better since.

Tony Pulis took Adama under his wing and made him the player he is today. Adama spent two seasons with Boro but his time with Pulis was the most productive he’s ever been until then. He totaled 5 goals and 10 assists in his one and only Championship season. He couldn’t help his team get promoted but he won Boro’s Fans’ Player of the Year, Young Player of the Year, and Players’ Player of the Year awards.

Traore joined Wolves in the 18/19 season. He only started eight games in the league and he had to adjust. He was showing glimpses of what he can do but couldn’t crack on or keep a starting position. This was also his worst season for Wolves in terms of dribbling output (2.2/game) which was a considerable drop from his 7.1/game in 17/18 in the Championship. Yep. 7.1/game.

He got back to his usual self after that season, not letting his numbers drop below four dribbles a game. Pushing your fullbacks higher up the pitch leaves Adama with space, and he’ll take advantage of it. Guardiola got burned more than once.

Bruno Lage has experimented with Adama at the left wing this season while Trincao took up the right wing spot. With Neto out for a while, that could be his position for the season.

Despite his incredible dribbling numbers, one part of his game that often gets underlooked is just how dominant he is in duels. His ability to get defenders to bounce off of him is a sight to behold. He’s currently 1st in duels won this season, one place up from last season’s numbers.

Adama is amongst the most involved players in the league for duels & dribbles and he’s an above-average chance creator on top of that. He’s progressively getting better at providing for others as well and he isn’t showing any signs of stopping. This season (despite the small sample size) looks like it could be one of his best. He’s never been so high in terms of key passes in the last three years and currently ranks 6th in the league, nine key passes below Trent Alexander-Arnold.

WHAT NEXT FOR TRAORE?

END PRODUCT. Adama’s most productive season in the league came in 19/20 when he managed to get 9 assists and 4 goals. Other than that season he has largely been disappointing in front of goal.

He’s shown he can produce in terms of regular output in 19/20 but something always gets in the way. With his partner in crime Jimenez back, he’s on course to hit the ground running.

What limits him from making the final pass or the shot consistently? Opponents are being used to the way he plays and concentration problems. These are the same issues Oxlade-Chamberlain had when he burst onto the scene. Everything looks there BUT the final product. The positions he takes up are far too advanced to not be getting regular goals and assists. Plenty of work needs to be done on that front but one thing is certain. Adama Traore is a unique footballer with a skill set not many have in world football. 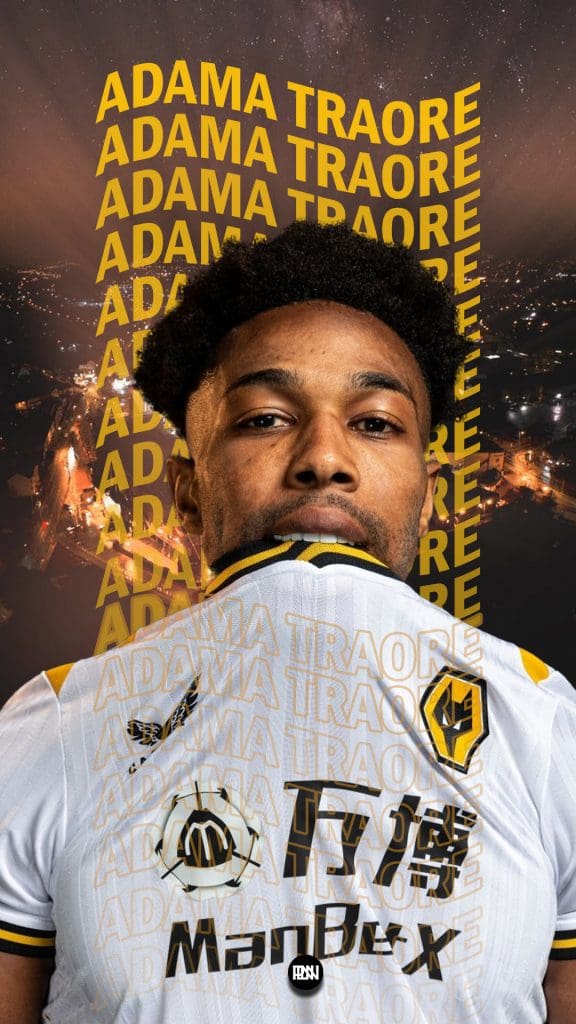