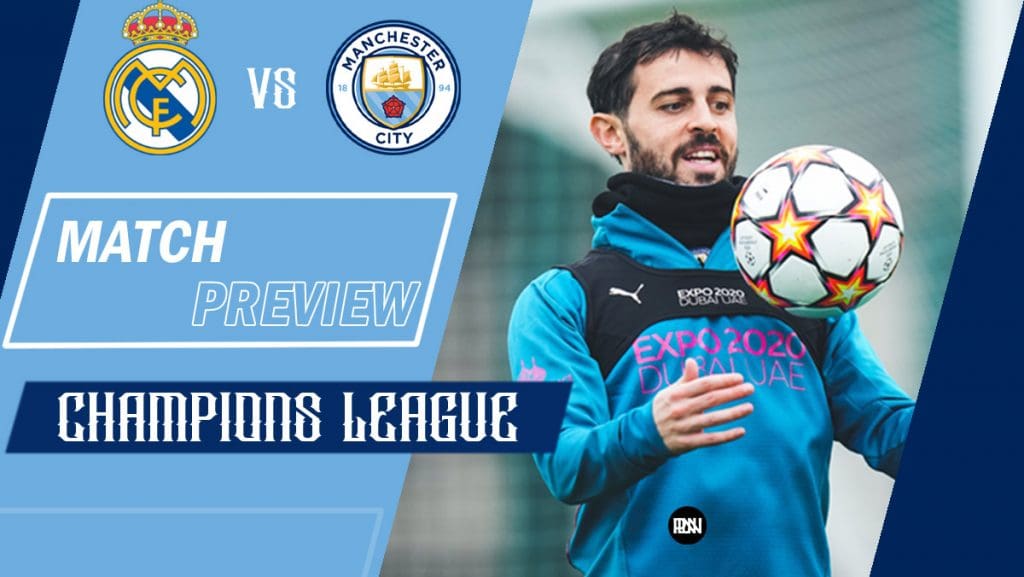 Champions League football under the lights always delivers, and it proved the same once again last week when Manchester City welcomed Real Madrid at the Etihad Stadium. The two sides played out an exciting thriller in the first leg of the 21/22 Champions League semi-finals, as the game ended 4-3 to Man City. The Citizens now travel to Madrid for the much-awaited second leg, and the whole world will undoubtedly be glued to a game that promises something special.

Real Madrid were last in action against Espanyol over the weekend, as they beat the La Liga side 4-0. That emphatic win secured them their record 35th league title, and the White side of Madrid celebrated their second title in three years over the weekend. With the league all wrapped up, Carlo Ancelotti and his men can now fully focus on the Champions League and will be looking to overturn last week’s narrow defeat to City. The Los Blancos have a few issues after the game in Manchester, with mainly their defence coming under the spotlight. Ancelotti lamented his side’s defensive frailties in his post-match thoughts, and he will be hoping that they can keep things tighter at the back this time round, and get to their first Champions League final since 2018. Real come into this game having won three of their last five games, including Saturday’s 4-0 triumph over Espanyol, but have lost their last two European games, losing against Man City last week and against Chelsea in the second leg of the quarter-finals.

Manchester City, coincidentally, were also on the right side of a 4-0 scoreline on Saturday, as they defeated Leeds United at Elland Road. The Citizens were in fine form as they secured another big win and inched one step closer to their 6th Premier League title. They are still under pressure from Liverpool, with just a point between the two sides, and any slip up at this stage of the season could prove costly for Pep Guardiola’s side. Man City were in Madrid for their UCL quarter-finals against Atletico Madrid, and a goalless draw saw them through to the semis, winning the tie 1-0 on aggregate. Pep Guardiola has a good record at the Bernabeu, having won there numerous times with his Barcelona side, and with Manchester City too in his last visit to the stadium. Manchester City have a very small lead against a side that is high on form and fresh from winning a title, and it seems as if the game will go right down to the wire.

Both teams had some key players missing, which played a big part in the outcome of the game. Casemiro was a big miss for Real, and their defence was evidently poor without the Brazilian to cover them in the midfield. David Alaba also had to be taken off at half-time at the Etihad after being rushed back into the starting XI when the Austrian was not fully fit. For Man City, they had both of their right-backs missing with Kyle Walker nursing an injury, and Joao Cancelo suspended. Like Alaba, John Stones also had to be taken off early, with the Englishman carrying an injury too. There will be a few players back in Wednesday night’s game, and both managers will be hoping for better defensive performance.

As was expected, both teams played a 4-3-3 formation, and City actively tried to maintain control of the ball in the first leg. They played a high line when in possession of the ball, with Rodri playing as an anchor. The Spaniard sometimes dropped in with the center-backs to play as a third defender, with both City fullbacks pushing high up the field when they were in possession. As is Pep Guardiola’s signature style, the Citizens circulated the ball amongst them for long periods of time, and that helped them dominate the center of the pitch.

Manchester City were let down by their finishing in the first leg, with Riyad Mahrez, Phil Foden, Bernardo Silva and others having plenty of opportunities to increase their advantage. They failed to capitalize on their superiority and were guilty of letting Real Madrid back into the game. It will not be a surprise if Pep Guardiola opts to change the lineup for the second leg.

Real Madrid had no answer to their possession play and were forced to play on the counter, and Vinicius Junior took full advantage of City’s high line and makeshift defence. Real’s failure to get on the ball resulted in them creating next to no attacking opportunities in the first half, and had to play long balls to Karim Benzema, which were easily picked out by the City defence. The Los Blancos again relied on the excellent Benzema and his clinical finishing to half the deficit in the first half, with very few attacking chances created. However, in the second half, they did extremely well to exploit the acres of space behind the City high line, which resulted in a brilliant Vinicius Junior goal.

CAN MAN CITY LEAVE WITH THE SPOILS FOR THE 2ND TIME IN MADRID?

Manchester City returns to Madrid again, after making the trip here for their quarter-finals the second leg against Atletico Madrid. They came here with a slender one-goal lead then and now return here with another slim one-goal lead. They now visit one of the cathedrals of football, with the Santiago Bernabeu known for its history and intimidating atmosphere. The home of Real Madrid has seen many intense Champions League nights played out on its turf, but this fixture will be the most important of all for now.

For the second leg, Ancelotti will be happy to welcome back Casemiro, which will give them an equal footing in the midfield battle with City. The Mancunians with Kevin de Bruyne, Rodri and Bernardo Silva ran havoc amongst the Real ranks. De Bruyne was on hand to score the first goal after just 90 seconds and then provided a beautiful assist for the second goal, all within the first 10 minutes. He asserted his dominance and showed his talent in the midfield, and the Los Blancos could not contain the Belgian playmaker. The Spanish giants will be hoping to keep him quiet in the second leg and win the all-important midfield battle.

Real saw the benefits of their counter-attacking in the first leg, and City failed to keep up with the pace of Vinicius Junior on the left flank. Fernandinho, who deputized in the absence of both Joao Cancelo and Kyle Walker, was left for dead for the second goal, and Pep Guardiola will be overjoyed to see Cancelo return for the second leg. The return leg is not expected to be the open contest that it was in the first leg, and both teams will be more cautious. Real know they have to win by at least two goals to get through to the final, which in itself is a very difficult task. Both sides were poor defensively and at the Santiago Bernabeu, things will be much cagier.

It is set to be a historic clash between the two sides on Wednesday night, and it will hardly be devoid of action. Ancelotti’s side are the more relaxed of the two, and on their home turf could show that their experience comes in handy. However, Manchester City are arguably the best team in Europe right now, and they will be eager to uphold that title and progress to their second consecutive Champions League final. 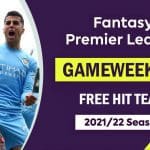 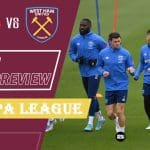