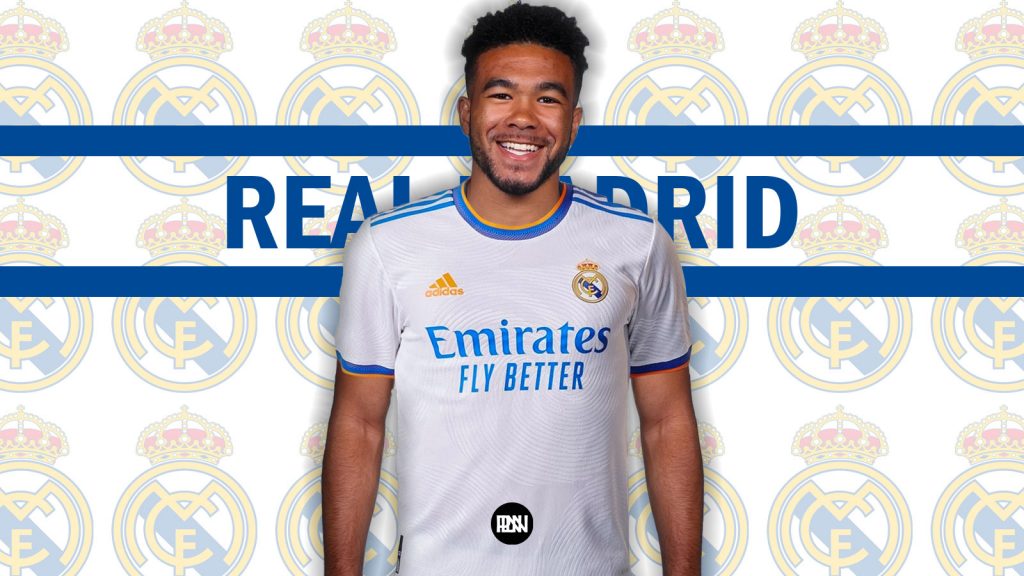 La Liga’s champions-elect Real Madrid have started an early conversation with Chelsea right-back Reece James to sign him in the summer of 2023.

The Spanish giants have already secured the services of Chelsea’s Antonio Rudiger while they remain favourites to land Kylian Mbappe from Paris St. Germain this summer.

BUT WHY DO THEY WANT REECE JAMES?

Reece James has been one of the biggest prospects to come out of Chelsea’s world-class academy along with the likes of Mason Mount & Jamal Musiala. James who joined Chelsea at the age of six has gone on to make 117 appearances for the side after Frank Lampard gave him his first opportunity into the senior team. During that time he has helped the club win a UEFA Champions League, a Club World Cup & a UEFA Super Cup.

Real Madrid have had the first-hand opportunity of witnessing the kind of player Reece James is when they clashed at the Bernabeu in the quarterfinals of this year’s competition. Despite being down 3-1, Reece and his Chelsea teammates took the game to Los Blancos and almost completed the turnaround before Rodrygo and Benzema ended their hopes of a back to back European Cup win.

Dani Carvajal has been the first choice right-back at Madrid for over nine years but injuries are now a regular part of the ex-Bayer Leverkusen player. Los Blancos are hoping to find a permanent solution to their right-back issue after having to deploy Nacho & Lucas Vazquez.

COULD HE ACTUALLY LEAVE STAMFORD BRIDGE?

Reece James and Mason Mount are the two of the most loyal players in the squad but are the lowest-paid ones as well. He makes only 58k per week for context, his rival and player compared to Reece the most, Trent Alexander-Arnold makes about 180k per week. The Blues do want to build a team around these two players but current sanctions imposed on owner Roman Abramovich have scuppered any plans to offer contract extensions to any member of the first team.

Chelsea fans need not worry as James is contracted with the club till the year 2025 so the Blues can easily rebuff any potential suitors till 2024 by which time hopefully the situation with new owners is cleared out.

Currently, rumours surrounding Chelsea’s first team and academy players will be in the tabloids till the new owners can come in. As things stand The Blues’ ownership has started to show its effect. First, they lost Andreas Christensen to FC Barcelona, then Rudiger left them for Madrid and club captain Cesar Azpilicueta will most probably leave them for the Blaugrana as well. Jorginho’s representatives have also contacted Juventus, while N’Golo Kante and Marcos Alonso see their contracts expiring in 2023.  Armando Broja and Levi Colwill, who are at Southampton and Huddersfield respectively, are gaining a lot of attention from top European clubs as well.

The management has reportedly rebegan scouting for the summer so when the new owners arrive they can waste no time in securing their targets but the Blues fans know that their side has lost a lot of important time on securing their primary targets for the next season.