RB Salzburg has become quite an impressive factory of talent over the last few years, unearthing some of Europe’s incredibly gifted players such as Dayot Upamecano, Erling Haaland, Patson Daka, and Karim Adeyemi. All these players have become well-known household names in football despite their relatively young ages. Adeyemi in particular, enjoying a stunning breakthrough campaign in Austria, is already being heavily linked with a move to Borussia Dortmund with talks reportedly ongoing.

Though, it looks like the talented young German attacker may not be the only one departing through the Salzburg doors this summer.

Various reports are circulating around the future of 21-year-old Swiss international Noah Okafor who is attracting much interest from the likes of Newcastle United, Inter Milan and German outfits, Borussia Dortmund, Bayer Leverkusen and sister-club RB Leipzig.

The young Swiss sensation has notched 7 goals and 5 assists across 16 appearances for Salzburg in the Austrian Bundesliga this season, already marking him out as one of Salzburg’s most talented products.

WHO IS NOAH OKAFOR?

Born in the small Basel town of Binningen, Switzerland, Okafor is of Igbo Nigerian descent. His father is from Nigeria and his mother is Swiss.

Noah Okafor started out with his local team FC Arisdorf. He moved to FC Basel in 2009, continuing his progression and development through all their youth teams. On 31 January 2018, Okafor signed his first professional contract with the Swiss giants.

He made his first-team a few months later in a home game against FC Luzern, coming on as a first-half substitute for the injured Mohamed Elyounoussi – now at Southampton – in the 34th minutes in a game which ended in a 2-2 draw. It wasn’t until the second round of the 2018/19 season where he hit his first goal for the club in a 1-1 draw against Xamax.

Okafor was part of the side which eventually won the Swiss Cup, in which he played four of their cup ties and scored once in the semi-finals against Zurich.

In January 2020, the then 19-year-old was snapped up by Red Bull Salzburg. Since his move to Austria from his hometown, Okafor has gone on to make giant strides in his career, at the time of writing the Swiss forward has gone on to make 66 appearances in all competitions, scoring 22 goals. Three of those goals have come in this season’s Champions League as Salzburg exceeded expectations becoming the first Austrian club to qualify from their Champions League group which held Sevilla, Wolfsburg and LOSC Lille.

At an international level, Okafor has already made his mark, making his senior debut in June 2019 in the 2019 UEFA Nations League third-place game against England, as an extra-time substitute for Haris Seferovic. The 21-year-old netted his first international goal for the Rossocrociati on 15 November 2021, in their World Cup qualifying game against Bulgaria, a win which secured automatic qualification for Switzerland to the 2022 FIFA World Cup.

He also impressed in the 1-1 draw against Italy, assisting an absolute piledriver from Silvan Widmer to put Switzerland ahead, a game which succumbed the European champions to just a play-off place in order to qualify for the World Cup later this year.

WHAT IS OKAFOR’S STYLE OF PLAY?

In terms of position, Okafor is able to play either as a centre-forward or out on the wing, making him a versatile attacking player.

Blessed with blistering pace, acceleration, amazing trickery and a finishing style that matches some of football’s most historic goal scorers in Arsenal and Barcelona legend Thierry Henry.

Okafor is a burgeoning talent, and its no wonder why he’s already on the watchlist of some of Europe’s most promising clubs in Dortmund, RB Leipzig and Bayer Leverkusen and Newcastle United who will be looking to continue their exciting transfer plans this summer.

The Swiss sensation perfectly fits the bill for each of these clubs, as he provides such devastating elements, especially on the counter-attack, most notably his sumptuous ability to finish them off with flawless finishing.

Okafor has managed to form a devastating partnership with Karim Adeyemi in Matthias Jaissle’s exciting, fluid and high-intensity style formed in a 4-3-1-2 shape. In such a system, both strikers are tasked in triggering the relentless pressing, hustling and harrying their opponents to win the ball back quickly, once they do, they are required to possess the speed of thought, quickness and clinical edge to finish attacking moves immediately after winning the ball high of the pitch. In Okafor and Adeyemi, Salzburg possess the perfect double act in executing such philosophies.

Okafor averaged an impressive 5.00 successful pressures per 90 in the Champions League this campaign, whilst also possessing the incredible influence and potency to aid Salzburg in their goalscoring. Okafor finished his second Champions League campaign experience with a shot-creating average of 3.17, and outperforming his xG (expected goals) rating of 1.6 with three goals to his name in six games. He has carried that forward in the Austrian Bundesliga notching seven goals and five assists in just 16 appearances, once again highlighting his hugely influential style.

Furthermore, in Adeyemi and Okafor, Salzburg holds two players capable of performing actions in wide areas when needed. They are perfectly capable of providing width in order to stretch opposing defences while also having the sharpness and swiftness to instantly run beyond the last man and latch on to the end of through passes.

What makes both players so good is, once faced with such situations, they hold the composure, calmness and ruthlessness to score goals. An impressive trait for players still so young, and just at the beginning of their rapid development.

Once Okafor is in full-flow, influencing counter-attacks he is simply unstoppable, beating his markers with electric pace, silky dribbling meshed with wonderful balance and flexibility. He can beat defenders in different ways, whether coming inside or on the outside because of his deft and deceptive movement, capable of pulling off the silky tricks we see in many footballing giants on the continent such as Kylian Mbappe and Neymar.

Against Okafor, defenders are at their most vulnerable once they feel they can stick a leg out and dispossess him. He’s capable in reading what his marker is planning to do in stopping him, and countering that defensive action with a swift knuckle-ball or a nutmeg, showing just how rapid and devastating Okafor can be in aiding his team in breaching sturdy defences.

We’ve already mentioned Okafor’s abilities in front of goal, but it deserves more praise. When the Swiss is faced with different scenarios in front of a goal, he is pretty impressive in being clinical and ruthless.

For much of this campaign, most of his goals have stemmed from him cutting inside from the left-flank before executing fine finishes past goalkeepers whether outside the penalty area or inside it. When one-on-one with the goalkeeper, he possesses a similar body positioning and posture to that of Thierry Henry when trying to score goals, shooting with the inside of his right boot beyond or below the goalkeeper with such coolness and expertness.

His five assists in the Austrian Bundesliga is also a significant sign of his abilities to provide for his teammates, stemming from a mazy dribble past his marker into the penalty area and pulling the ball back. Okafor is an expert at that, and its why he’s contributing so heavily to Red Bull Salzburg’s high-intensity and exciting approach.

WHAT DOES THE FUTURE HOLD FOR OKAFOR?

It’s easy to see why clubs like Borussia Dortmund, RB Leipzig, and Bayer Leverkusen are all scouring for his services as Okafor perfectly fits their penchant for signing up and coming talents and aiding their growth and development then ultimately selling them for huge profits, not only that though, the Swiss international fits all their footballing styles to a tee. Fast, high-intensity, energetic, frantic and chaotic; all these characteristics could be terms used to describe Okafor’s individual capabilities.

Clubs like Newcastle United and Inter Milan are also reportedly interested too, with both favouring swift counter-attacking moves which Okafor again, is perfect for.

Like is always the case with young players like the 21-year-old Swiss forward, they would have to carefully and meticulously plan out their next moves, potentially joining clubs with the perfect environment, philosophy but also without the high-pressure aura in order for them to develop seamlessly.

Okafor is a wonderful talent, a player with an admirable and humble head on his shoulders and his next club must tailor to his needs rather than the other way around, allowing him to express himself and providing him with the room to make mistakes and the mentality to use it as a developing tool. Those are the kind of environments where players built in a similar ilk to Okafor go on to become household names in future like Jadon Sancho, Erling Haaland, or even Sadio Mane.

Clubs like RB Leipzig, Leverkusen and Dortmund are clubs which significantly place an emphasis on giving young players the exposure and playing experience in their first teams, and that’s something Okafor would hugely benefit from.

He isn’t the finished article, that much is clear but if he does indeed join the right club in the near future, there’s no reason why he can’t become one of Europe’s most lethal attackers like that of his predecessors. 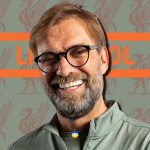 Can Jurgen Klopp march his men to win quadruple this season?
Next Article 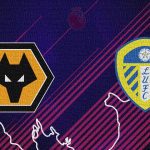