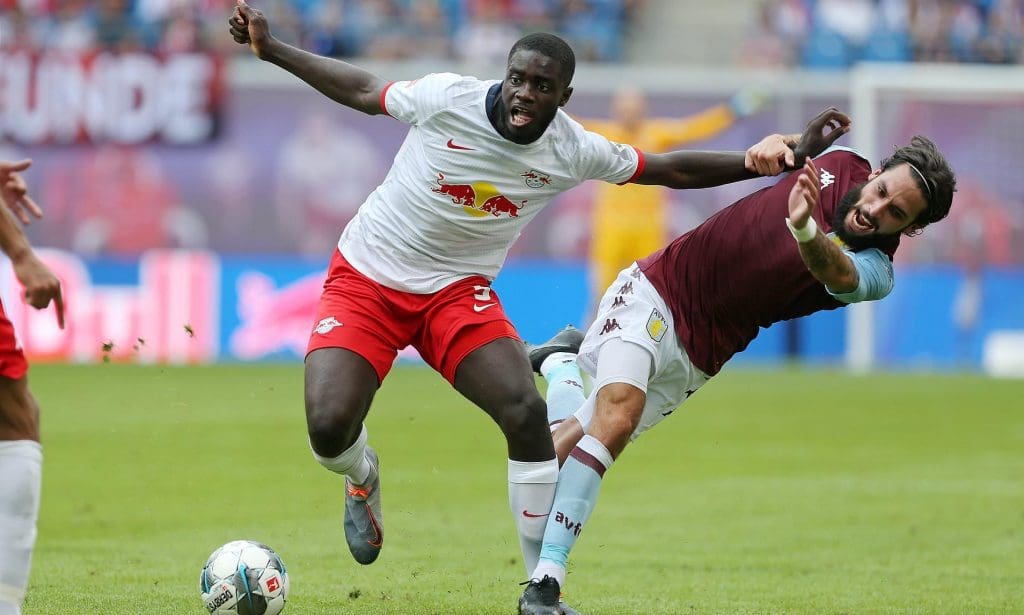 Arsenal and Tottenham have been linked with Dayot Upamecano for a long time and now Bild reported that RB Leipzig have reduced the asking price of the French defender from €60m to €40m.

The French youngster has just one year left on his contract and if he’s not sold this window, then he could leave on a free transfer next summer. The price reduction will now further encourage the North London clubs to sign him in the upcoming transfer window.

Dayot Upamecano is a 21-year-old French defender playing for RB Leipzig in Bundesliga. The defender is now one of the best young defenders in the world. He was also shortlisted for the 2018 Golden Boy award.

There were reports of Leipzig rejecting all offers from Arsenal. But with a lower release clause, Leipzig will be forced to sell Upamecano if Arsenal’s bid matches the new release clause. Reports suggest that Tottenham are also ready to bid for the youngster.

Leipzig’s CEO Mintzlaff said last week that the French defender will be sold this summer if he refuses to extend his contract.

“In the Covid-19 crisis, we have other issues greater than concerns about contracts,” Mintzlaff told Sport1. “We know the terms of our players’ contracts and I know them very well – especially that of our top performers.

“For us, it is a no go that the top performers will be allowed to leave our club free of charge.

“That’s the case with Timo Werner and that will be the case with Dayot Upamecano. I have the economic stability of the club in mind.”

Here’s why Chelsea should stick with Kepa over Onana
Has Felipe Anderson wasted his career with West Ham move?
To Top