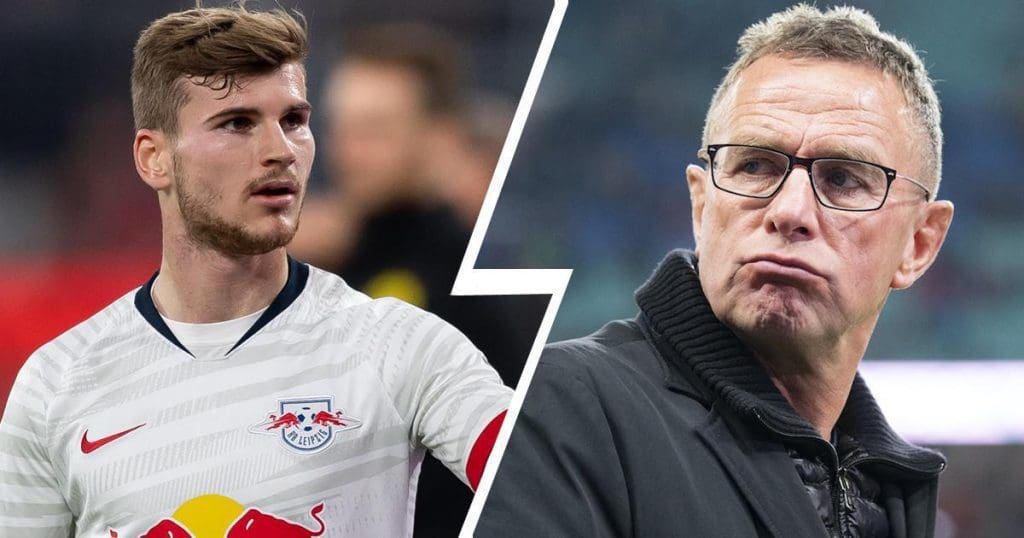 Former Leipzig manager has admitted that Timo Werner will suit Liverpool’s style of play. The German striker has been linked with a move to Anfield for a long time now.

Ralf Rangnick, currently the head of sport and development at Red Bull, wants Werner to stay but has suggested that he would suit Liverpool’s style.

“The league is less important, but the club, from a purely hypothetical point of view, I would better see him in good hands with a club that is not necessarily defined by ball possession football,” Rangnick speaking with German news outlet Bild.

“Since Timo has made progress under Julian Nagelsmann, his most important weapons, however, are the quick switching movement and his powerful finish.

“Therefore, he would rather fit a club like Liverpool, which is similar to our style of play, but I would prefer him to stay here.”

In four seasons in Bundesliga, Werner has scored 88 goals for Leipzig and only Lewandowski has more goals than him. Rangnick said the German striker has to make a decision over his future.

“In the end, it is up to Timo to decide what he wants to do. Here in Leipzig, he knows what he has,” he said.

“Here he can play Champions League again next year.

“And Timo is someone who also needs trust. He only gets that if the respective trainer knows him and relies on him,” he added.

Timo Werner also believes that the Reds are the best team in the world. He has also praised Klopp and admitted that he would suit Liverpool’s style of play.

❗️Sounds like an upcoming deal… Timo #Werner after the win against Schalke to Sky: „Jürgen Klopp is the best coach in the world. Many things speak for the fact, that my playing style suits to #FCLiverpool.“

“Jurgen Klopp is the best coach in the world,” Timo told Sky Germany.

“There is a lot to suggest that my style of play would suit there [Liverpool].”

Must Read: How Liverpool could line up with Werner