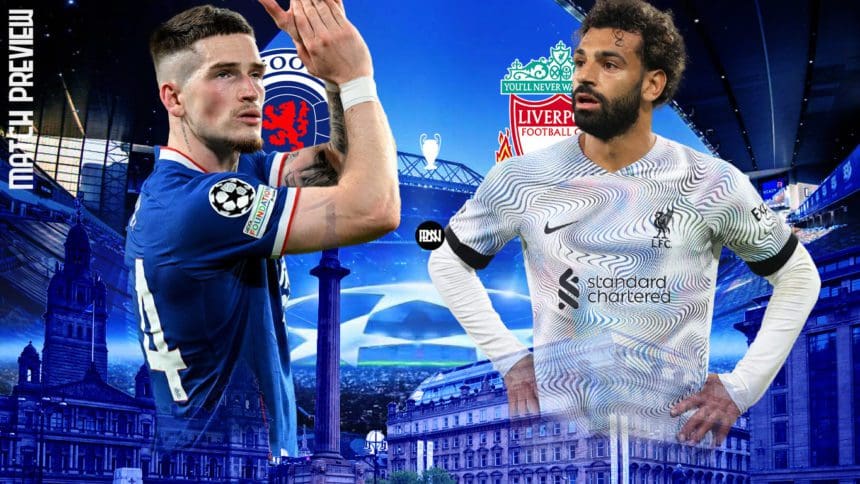 Rangers host last season’s runner up Liverpool for the return fixture in Ibrox, at 8 pm BST on Wednesday. Having lost all their games in the group until now, a very unlucky one rather, the Gers will be going for the win as their gaffer had mentioned in the pre-match press conference. The Scotts, running high on morale after their 4-0 rowing over St. Mirren on Saturday, will be facing a team on the other side of the spectrum in terms of form and morale.

Currently sitting 10th in the league with just 2 wins, the Reds travel to Scotland after a disappointing loss against the league leaders on Sunday. However, the near impossibility of competing for the domestic title might actually prove to be an impetus to put their muscle and mind in Europe.

The Gers going for the Juggler

Rangers are facing a streak of losses in their first season back in the Champions League in 12 years, in a rather unfortunate group. But the manager has ascertained that his team will not hold back on Wednesday. The team which is in dire need of some points if they wish to keep competing in Europe will look to take advantage of Liverpool’s current bad form, but won’t get too cocky as both van Bronckhorst and Lundstram, in the press meeting, have reiterated the quality that the Reds have.

Giovanni van Bronckhorst is looking for a rather intense game where his players have to keep their cool to avoid a 10-men game like it happened against Napoli. However, the game against the men from Naples, in the gaffer’s words gives them confidence as they played a decent game and didn’t concede before the red card against a team who are in terrific form. If Rangers decide to put pressure on Liverpool from the start, which apparently they already have, then they will have to be wary of getting exposed at the back against a world class front three featuring players like Salah and Jota, who still have the firepower to hurt them despite the team’s form.

Recovering from the loss at the Emirates

Liverpool’s run of bad form got worse with their loss against Arsenal on Sunday which has almost put their title hopes to rest. It would be interesting to see how Klopp’s men would react to this rare challenge, which doesn’t come their way much often. According to Jurgen Klopp, he is much more confident than he was after the game, as a look back at the tape revealed a couple of bad decisions from the referees which took the game away from their hands. The penalty awarded for Thiago’s challenge on Jesus, Saka not being called offside for the first goal and a handball not given, all were pointed out by Jurgen Klopp in the pre-match press conference.

Klopp very well knows this does not mean his team played better football than the Gunners or the Reds haven’t benefitted from such decisions in the past, but his team was one ref call away from making a different headline of their future. So the situation at Kirkby is not all fun and sundry, yes, the Reds have more than a couple of problems, but they might not be that big to ruin Liverpool’s season and Klopp’s future after all. Now they put their trust in another European night to turn the momentum in their favour.

The injuries that came on top of the already smashed up air in Kirkby are not doing Klopp’s men any favour. Trent suffered an ankle injury on Sunday which would see him out for at least 2 weeks. Luiz Dias, who has been a stable performer for the Mersysiders this season, is out due to a rather bad knee injury probably for a couple of months. Joel Matip is yet another name who has taken a trip to the Med room at Kirkby. Andy Robertson, who is returning from injury, is in the squad for tomorrow but is unlikely to come on as it is too early. Oxlade-Chamberlain has started training lightly, but he along with Naby Keita won’t be featuring in Wednesday’s clash at Ibrox.

Alisson, one of the best performers for the Reds this season, will guard the goal, unless there are any surprises. The back four is most probably going to mirror the one against Arsenal with the exception of Ibrahima Konate, who has returned from injury, coming into the side in place of Matip.

The midfield is going to feature a similar line with Henderson, Fabinho and Thiago looking to run the show against the Gers. There was a chance of Liverpool playing with just Fab and Thiago in a 4-2-3-1 formation amidst the ongoing investigation on Henderson after Sunday’s events, but Klopp hinted that the skipper will feature in the match.

The front three will probably line up Salah and Jota on the wings and Nunez playing as the lone striker with an option of Bobby Firmino to come from the bench.

The Gers have a comparatively fit squad with the exception of only Glen Kamara who might be out due to injury, after taking a knock in the game on Saturday. As the gaffer Giovanni van Bronckhorst and Lundstram had repeatedly assured in their meeting with the press, the team is going to lineup with an attacking formation and intent, unlike the five-at-the-back formation they fielded in Anfield. We are probably looking at a 4-2-3-1 formation they went with in their recent four goal victories in the league against Hearts and more recently against St. Mirrens. Antonio Colack, who has scored 10 goals in 9 matches in the league, was expected to start on Wednesday but the manager has hinted that he might play Alfredo instead, again.

In the back, the former Liverpool man Ben Davies might be left out for either the 18-year-old Leon King or James Sands, with van Bronckhorst again hinting that he might give the teenager another go against the Reds.

Lundstram and Ryan Jack are supposed to hold the midfield for the Gers while Arfield along with Matondo and Kent run the show in the attack behind Alfredo. Sakala who scored in the previous game might come on from the bench, after not being subbed out against St. Mirrens.

Allan McGregor who had a brilliant game against the Reds, despite conceding twice, is set to guard the goal again at Ibrox. 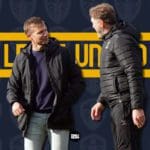 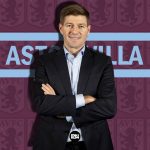