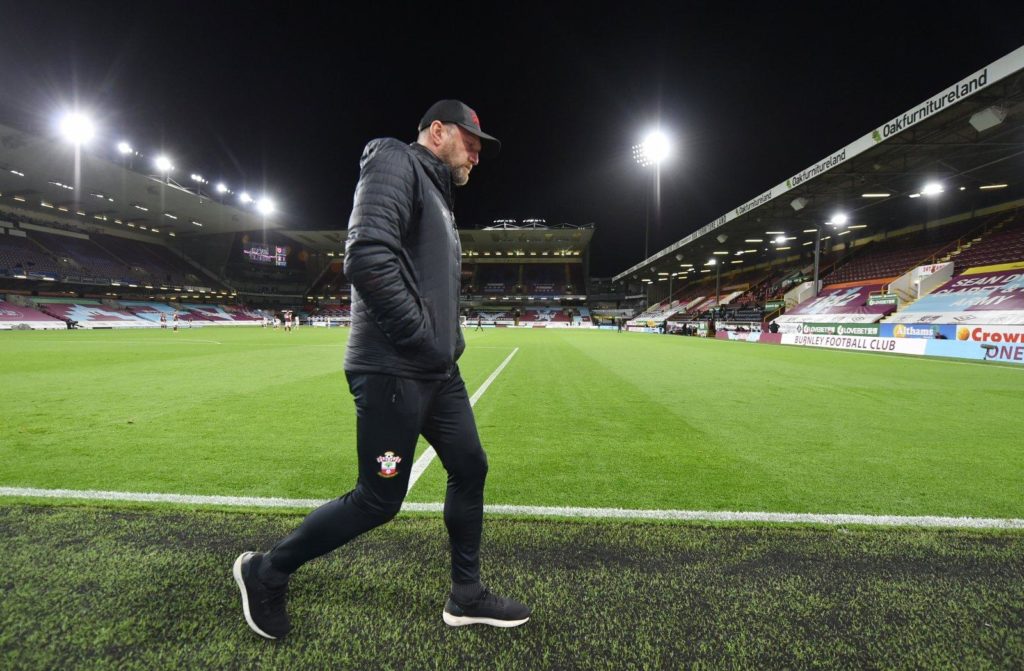 It was the heaviest defeat in their history, Letting in 9 goals without reply had been utterly humiliating for the Club, the Fans, the Players and the Manager. A year ago, Southampton were a club in peril, the appointment of Ralph Hasenhüttl was coming under question. It was the heaviest defeat of any club in Premier League History. After an embarrassing result against Leicester, the Saints found themselves on the wrong side of history. They were being tipped for relegation after the result, the team had seemingly capitulated on the pitch. Many managers would not be able to look their players in the eye, after a result like that. But not Hasenhüttl, not only did the Austrian turn Southampton’s form around they managed to finish a comfortable 11th in the league last season.

The Austrian took charge of Southampton in December of 2018, after Mark Hughes was sacked by the club, the Saints hierarchy believed that Hasenhüttl will help them recover their lost identity, something Mauricio Pochettino had previously been successful at achieving. Since then he has helped create Southampton into an attacking threat, integrating his attacking style of football into the team.

He has also recruited smartly with the funds at his disposal, bringing in the likes of Walker-Peters, Stuart Armstrong, Karim Salisu and Southampton’s top scorer last season Danny Ings.

The Saints have become one of the best sides to watch in this season, coming from behind to clench a point against Chelsea. And although they look a bit shaky at the back, they have still managed to keep 4 clean sheets in 8 games this season. Strengthening their Midfield was one of Hasenhüttl’s priorities, Stewart Armstrong, James Ward-Prowse, & Romeo have been a revelation for them this season.

The change in formation has come as a result of injuries, but is well suited to Hasenhüttl’s style of play. It took some time to make his team play, with the players that he has got. The shape is clear when the team is out of possession, a 4-4-2 that plays to the strength of the players in the team.

Playing two strikers has also helped develop Che Adams, who has benefited significantly with Danny Ings playing alongside him, the two strikers play close together trying to link up the play. The duo are also capable of stretching out defenses just by moving further away from each other.

The strikers hold up the ball allowing creative Midfielders like Ward-Prowse and Theo Walcott, the fullbacks are also crucial to the system, joining in on attacks and providing the width on either side of the field.

Fourth in the league and unbeaten in their last 6 games, Southampton are looking like a side that is enjoying playing football. They have become a more ball playing side this season averaging more ball possession (53%) this season. This has helped them create more attacking chances and dictate the tempo of the game.

Their attacking threat has doubled from last season as their numbers suggest, their expected goals this season of 8.7 has been better than in their previous three seasons. They average at least 2 goals per game having scored 16 already this season. The Saints are delight to watch, a sight that the Neutrals are loving, a team that plays attractive attacking football is not something that Southampton are usually associated with, but their Austrian manager is here to change that.

The man that famously led RB Leipzig to a second placed finish in Bundesliga, was a surprise appointment with many questioning if his style of play would work in a team like Southampton.

A year ago, it seemed like his critics were right, but one year on from that Disastrous performance against Leicester Hasenhüttl’s sacking seemed imminent, but the Club’s decision to stick with their manager is now paying off.

Hasenhüttl had a vision of how he wanted the team to play, and he convinced the club that given some time he will be able make the team play the way he wanted to.

‘Their Current Position is also a testament to the Mentality of the players’.

A year on, and all the talk of Hasenhüttl being sacked has now disappeared with reports now linking him to moves to clubs on the higher echelons of European Football.

They have been an entertaining team to watch this season, the Saints briefly went top of the table Last Saturday, before being dethroned by Tottenham on Sunday. These are exciting times for the Saints and it will be interesting to see where they will end up come the end of the season. But for now however, they are loving their time among the elite teams.

Top 5 Leeds United players of all time
From Brick to Back to Brick again: Granit Xhaka & Christain Eriksen find themselves at similar crossroads
To Top