Arsenal are looking to spend big in the summer, but the Gunners are keen on signing players that will provide instant solutions to their problems, and according to reports, the North London side have placed Raheem Sterling on top of their transfer list. Manchester City are looking to offload a couple of players this summer, and Sterling will generate a significant amount not just in sales but also in wages due to his £300,000 wage bill.

COULD RAHEEM STERLING LEAVE THIS SUMMER?

Raheem Sterling has been an incredible servant to Manchester City for more than half a decade but the Englishman’s time may be coming to an end this summer after an underwhelming 20/21 season, although the 26-year-old has still managed to score 14 goals and provide 9 assists.

However, the main reason for offloading a player of Sterling’s ilk is the amount of money City can generate from his sale. The Citizens are hoping to sign Harry Kane, and it would need a huge bid on their part for Tottenham to let their talisman leave this summer.

Phil Foden’s inclusion into the starting XI this season has limited Sterling’s game-time considerably. Additionally, City have enough talent on their wings and in their frontline, and losing Sterling will not be a major loss for Pep Guardiola.

The Spaniard is keen on winning the Champions League next season, while the club would also want to retain their Premier League title. Thus, Guardiola does not want any loose screws in his squad and will want his players to fire on all cylinders consistently. Sterling has not been able to provide the latter this season, and City are now ready to offload the 26-year-old in a move worth £60 million, with Arsenal being touted as a possible destination.

CAN ARSENAL GET THIS DEAL OVER THE LINE?

Raheem Sterling could potentially be an incredible signing for the Gunners should Mikel Arteta manage to convince the player about the project at the club.

Mikel Arteta, who has previously managed Sterling during his time as an assistant manager at City, knows the talent of the player as the Englishman played some of his best football while Arteta was still at the club. Sterling’s ability to dribble past players with ease, coupled with his direct style of play, is something Arteta is looking to slot into his squad.

Sterling’s 2.5 dribbles a game was the most by any City player this season, while this could also benefit Arsenal’s style of play. Sterling offers the versatility of playing in a front two as well as a front three. The 26-year-old can also press the ball effectively while also hold up play as a second striker or a false nine. Arsenal have lacked a goal-threat going forward and Raheem Sterling has shown previously that he can become the 20-goal forward a club needs.

With Arsenal also targeting a couple of attacking midfielders, Raheem Sterling could be the superstar signing Arsenal have lacked in recent years.

The area of concern for Arsenal is whether they will be able to get this deal over the line because the Gunners cannot promise the forward Champions League football. Moreover, Sterling’s £300,000 wage bill will make him the highest earner at the club, more than club captain Pierre Emerick Aubameyang at £250,000. Thus, this could ruffle a few feathers with the senior players at the club, and Sterling will need to accept a pay cut.

Lack of Champions League football and a pay cut are not attractive propositions, however, if Sterling feels that he can propel Arsenal towards the Top 4, this deal could be completed. Playing at Arsenal currently is a challenge, but driving the club towards the top again could make Sterling an instant club legend.

Sterling’s current contract expires at the end of the 2022/23 season, and this is the perfect time for Man City to cash in on the player. From Arsenal’s point of view, Sterling is yet to hit his footballing peak, and Mikel Arteta is certainly capable of churning out the best out of the Englishman.

Sterling, who was won 11 titles with Man City, including 3 Premier Leagues, could be up for a new challenge this summer, and should Arsenal manage to put the money where their mouth is, this could be the signing that drives Arsenal towards Champions League football again. 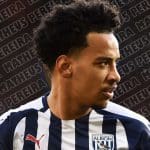 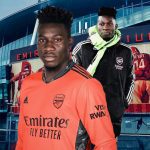