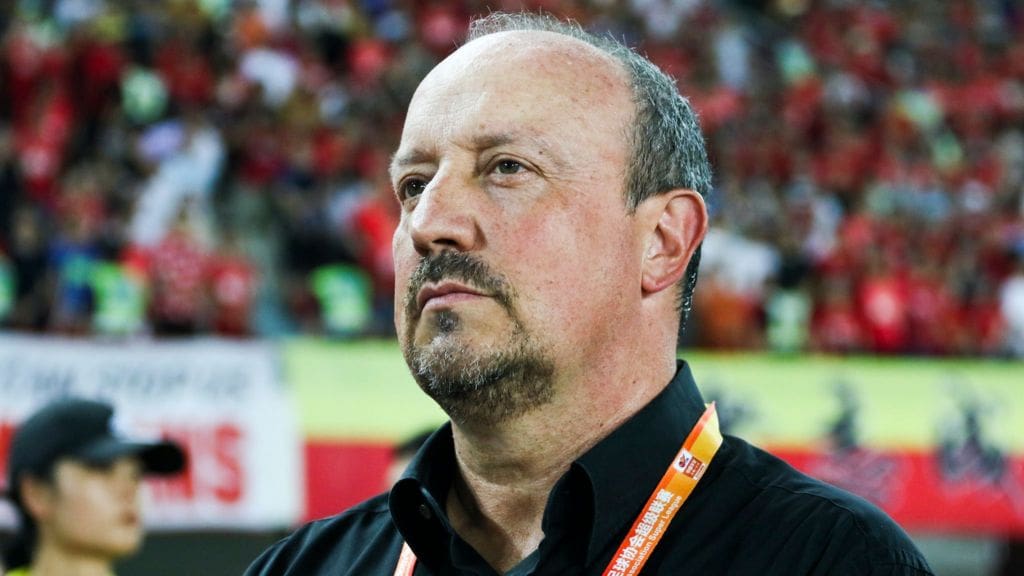 Rafa Benitez abruptly left as coach of Chinese Super League side Dalian Pro on Saturday, saying it was for family reasons because of the Coronavirus pandemic.

The 60-year-old Spaniard had been in charge of Dalian since July 2019. Benitez had one more season left on his estimated £12 million ($16 million) contract at Dalian, in China’s northeast.

Penning his farewell, the former Newcastle United Manager, Benitez wrote: “Behind us, in China, and especially in Dalian, we are leaving many friends and good memories in a great city with very knowledgeable fans.

“We have tried to learn and understand a new culture and also to transmit a more professional, more European vision of football with a new methodology.”

Rafa Benitez confirms he has parted ways with Dalian Pro. He took the helm in the summer of 2019. The club financed by Wanda Group ranked 9th and 11th (all 16 teams)in the two seasons under Rafa. After years of spending spree and a recent shrink, the last big coach leaves China. pic.twitter.com/JpQOMeG3Mn

That means the Spaniard is potentially back on the market and with Steve Bruce under pressure from a lot of the Toon Army, naturally, talk on social handles turned to Benitez returning to St James’ Park.

Rafa is adored and respected often touted as ‘the Legend’ back at Tyneside. He brought St James’ back to life, He brought ‘hope’ and ‘trust’ that if things are done in the right way we can be back in the mix with the top clubs in the country. He had a definite plan and an ambitious project (improving every aspect of the club from the academy setup to training ground) and developing into a decent Premier League side which is working to perfection until Mike Ashley did Ashley’s stuff by not giving him a new deal at the club. (We still don’t know what he saw in Joelinton that he sacked world-class manager in Rafa. For him, Joe has the potential but the price is extravagant)

Newcastle United had been unconvincing under Steve Bruce’s tenure. Although he kept us safe from the relegation zone the football had been dreadful at times. Last Season, Bruce kept his side with an immense amount of luck and character of players (built under Rafa). He is now seemingly out of his depth and is playing the blame games that the squad is not used to playing his way (that is despite spending over £100millions in squad overhaul).

He presumably has lost the dressing room which can easily be observed by the bad body language of the players. There’s a sense of confusion among players regarding their positions. Despite being 18 months in-charge he still cannot find his best eleven. He has all shades of Steve McClaren (who sunk the ship in 15-16 seasons). The magpies need to move on from Steve Bruce as the Supporters group rightly put Wor Flags outside the stadium with a banner aimed at owner Mike Ashley, reading: “Act Late. Seal your Fate.”

In a sensational news development, Rafa has been linked heavily with the Celtic job replacing Neil Lennon. He is linked to a return to Newcastle but that can only be feasible if the takeover happens. According to Guillem Balague, Newcastle and Celtic are not Rafa Benitez options.

Anyway, it seems highly unlikely that Mike Ashley would eat his humble pie and bring Rafa back to stabilize the sinking ship at Newcastle United. Also, Rafa will not consider us as a viable option under Mike Ashley.