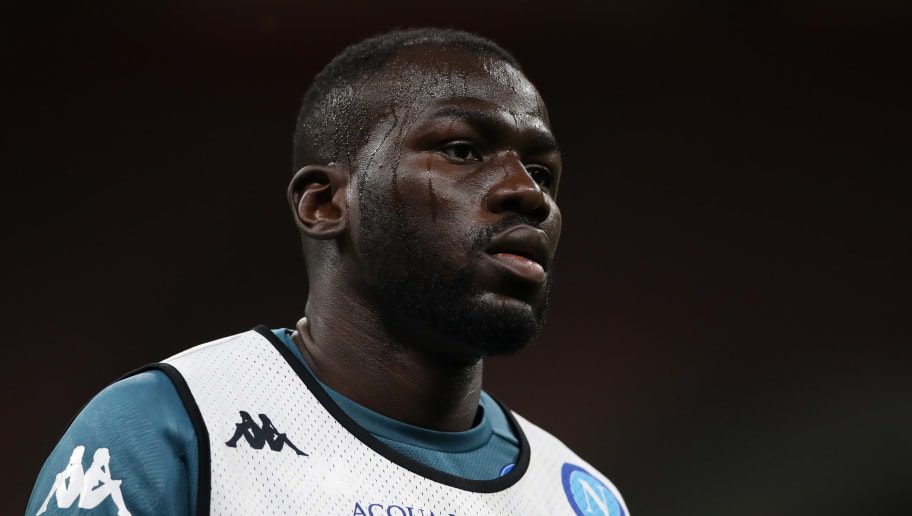 Rafael Benitez, who was appointed head coach at Everton two weeks ago, has already chalked up a summer transfer wish list with Napoli centre-back Kalidou Koulibaly at the top of it.

With Yerry Mina on the verge of leaving the club this summer, Benitez understands that he will need a tall brute centre-back to fill that role and who better than a player who was first discovered by Benitez himself, when he signed Koulibaly from KRC Genk in 2013.

After 7 long years, the two might now reunite at Goodison Park as Benitez aims to take Everton back into European football.

So, will Koulibaly fit in at Everton and the Premier League?

While there is no evidence to suggest the contrary, coming to the Premier League at the age of 30 can have its own challenges, but to Koulibaly’s defence, he has aged like fine wine. The Senegalese remains one of the fastest centre-backs in European football but has gone off the radar in the past couple of years due to Napoli’s poor performances in Serie A and in Europe.

That, however, has not let Koulibaly from becoming a leader at the back for the club, although his fitness is a slight worry as he has missed 23 games in the last two seasons. To put this into perspective, Koulibaly only missed five games between 2013-2019. While this is only normal for a 30-year-old, he has been terrific when called upon and there is no reason why he cannot replicate these performances in the Premier League, especially under a manager who he has played under before.

In terms of numbers, Koulibaly was just as good as the best centre-backs last season. Given that he was playing in a possession heavy side, his defensive numbers weren’t huge, but he was still making two successful tackles per 90 minutes, while he was also averaging two interceptions per 90. While these may not look a lot, you can only defend what comes at you, and Koulibaly was doing just that. Napoli had the joint 3rd best defence in the Serie A last season, as they only conceded six more than Champions Inter Milan, and Koulibaly played a vital role in this, more often than not, by organizing the backline.

A loud voice on and off the pitch, Koulibaly understands space and has incredible awareness in the penalty box, something witnessed by his great last-ditch challenges and crucial blocks in the box. These are key elements for succeeding in the Premier League, and at 30, Koulibaly has plenty of experience as well, which could prove crucial to Everton. The current crop of centre-backs at the club, namely Michael Keane, Mason Holgate, and Ben Godfrey, do not have the skillset Koulibaly produces, neither do they have the experience. Koulibaly can be Everton’s X-factor at the back.

Besides his defensive numbers, Koulibaly is also an excellent passer of the ball (90% pass completion rate). Short passes, long passes– Koulibaly can do it all and with ease. He rarely misplaces a pass while he can also play accurate long balls into the feet of on-rushing wingers or forwards. Richarlison, James Rodriguez, and Dominic Calvert-Lewin made it a habit to play on the shoulders of defenders last season, although Benitez’s football will be slightly different. Benitez prefers having the ball on the ground, but long balls are attempted, especially during counter-attacks, not as Plan A.

Everton have also often suffered due to lack of unanimous voice in the backline, with Jordan Pickford becoming an increasingly frustrated figure at times. Koulibaly can bring a sense of calm into this backline, which is also why the Toffees tried to secure his signing last season as well. The Senegalese’s former teammate Allan joined last season and has been a revelation and has adjusted seamlessly to the league. Thus, Koulibaly is expected to follow suit while also help Benitez’s Everton become a force to reckon with next season.

Everton have also considered the possibility of signing Brighton’s Ben White though Arsenal are said to be close to sealing him, Bologna’s Takehiro Tomiyasu (Tottenham bound), Barcelona’s Clement Lenglet, and Chelsea’s Kurt Zouma, who has previously played for the club. However, Koulibaly is a step above all of these players in terms of quality and experience while he has the trust of Benitez.

While Napoli would demand nearly £100 million for the Senegalese a couple of years ago, they cannot afford to do the same and are willing to let go of the player for a £35 million fee, although Napoli’s president Aurelio De Laurentiis will not budge more than that. Everton should be able to provide the Italian club with that fee, however, they might also be tempted to take a look at cheaper alternatives.

Kalidou Koulibaly remains an excellent talent, and Rafa Benitez wants him at Goodison Park for next season and it might not be long before the Toffees make a concrete offer to secure the centre-back’s services.

Kieran Trippier is keen on securing a move to Old Trafford this summer – Would he be a good signing?
OFFICIAL: Kiko Casilla leaves Leeds United
To Top