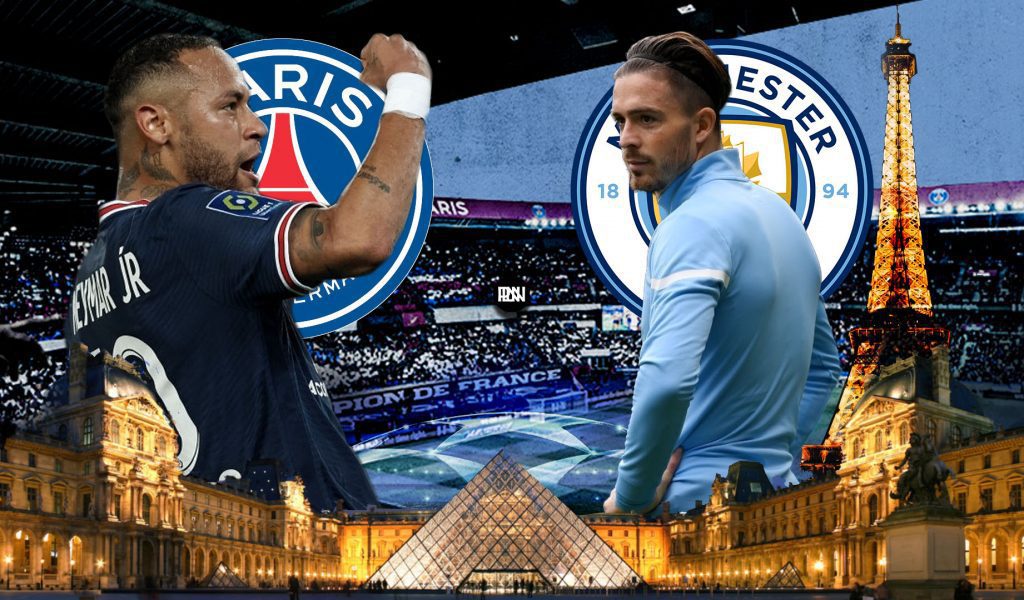 In what could be a game between two of the most expensive squads in football history, Paris Saint-Germain will take on Manchester City at the Parc des Princes on Tuesday night as the two juggernauts look to claim top spot in Group A of the UEFA Champions League.

It is set to be a starry night, and given that City knocked the French outfit out during the semi-final of last year’s competition, revenge will be on the mind of Mauricio Pochettino. But it remains to be seen who trumps the other in this mouth-watering UCL clash.

Could Pochettino unleash the big guns in full force against Man City?

There was a lot of uncertainty regarding this PSG side after they were tactically outwitted by Club Brugge in their first Champions League game of the season. The stage was set for Lionel Messi, Neymar Jr, and Kylian Mbappe to showcase their talents together, but they could not match each other’s rhythms and were often playing as a duo rather than a trio. However, in all honesty, it was their first game together and it takes time to gauge the strength of your teammates and to play on the same wavelength– at least that is the message Pochettino gave after a dry 1-1 draw against the Belgian club.

However, regardless of rhythm, it is the big games when the big players step up, and it rarely gets bigger than Pep Guardiola’s Manchester City. Neymar’s blood was boiling after they went out to the English giants last season, and he will be on a tune to showcase his talent on Tuesday night. The Brazilian is likely to be fielded alongside Mbappe and Messi, and the front three could cause City a lot of problems. Although the Etihad outfit are brilliant defensively, they suffer in quick transitions and counter-attacks. Ruben Loftus-Cheek was seen dribbling through City’s midfield for fun on the weekend, and in Messi and Neymar, Pochettino has two of the best dribblers of the last decade. The South American duo can run rings round the opposition midfield while they could also prove to be deadly by interchanging positions all the time. Quick passing and tricky dribblers are something neither Kyle Walker nor Joao Cancelo take nicely to as they prefer stopping wingers by their speed.

However, this is where Mbappe will come in. Neither of Stones, Laporte, or Dias are the fastest players in the world, although they are physically dominating. Chelsea failed to play long balls behind City’s backline on the weekend, but PSG are surely going to exploit that weakness of Guardiola. The ball over the top will be played constantly while Messi is likely to be given a free role to outnumber the opposition on either wing or even in the midfield. The trio will be on song because they will know they have to deliver.

In the midfield, Pochettino is likely to field Ander Herrera due to his brilliant start to the campaign. Additionally, the former Manchester United midfielder does have the intensity to break City’s play and also join in the attack. The Spaniard is filled with energy and could be a nuisance for City’s passing approach to the game. Speaking of nuisance, Idrissa Gueye will have a point to prove after he was sent off in the 1st leg of last year’s game between the two giants. The Senegalese will be a menace in the center of the pitch, while Leandro Paredes could be the calming factor on the day.

The Argentine boss is likely to use Hakimi as his progressive full-back on the night because unless City’s wingers decide to track the high-flying full-back, he could form a deadly partnership with Messi on the right. Abou Diallo is likely to stay the conservative full-back as Kevin de Bruyne works from the right during counter-attacks while the Belgian also often whips in deadly crosses from the right. Marquinhos and Kimpembe will retain their starting roles as the two centre-backs, as they have for most of the season.

Sergio Ramos and Marco Verratti will be out for the game on Tuesday night due to their respective injury troubles. Pochettino will, however, welcome back Colin Dagba, Juan Bernat, and Layvin Kurzawa, but it remains to be seen whether any of them will be slotted straight into the starting line-up. Angel Di Maria is suspended for the game, and thus, Julian Draxler could play a role at some point. Lionel Messi is back in training after he suffered a bruise and was kept out of the Montpellier game on the weekend. Gianluigi Donnarumma could also be starting ahead of Keylor Navas for what is suspected to be an intense game. Thus, PSG have an almost fit squad, and they will be raring to rip apart Guardiola’s side in mid-week.

Pep Guardiola to put out a statement performance?

There were a lot of questions asked about City’s intentions to win things this season after they failed to get in a striker. Chelsea were hot favourites for the game on the weekend, but Guardiola broke the Blue shackles almost instantly. Their intensity, pressing, and quick movement for the entire 90 minutes was too much for Thomas Tuchel’s side, who did not have the answers to such a well-drilled performance by the reigning champions of the land.

City delivered a statement performance on the weekend, and it is now time to send a message to the rest of Europe. Lionel Messi, Neymar, and Kylian Mbappe are a terrifying sight for any team, and they are all game-changers on their day. However, Guardiola has made a living out of neutralizing the best players or just outplaying them off the pitch through his tactics. One cannot stop PSG’s front three from creating chances, but they could surely frustrate them by physically dominating them and keeping them out of possession.

Club Brugge showed a couple of weeks ago that it does not take a lot to work through PSG’s midfield line or their defence. Guardiola will surely field his most technical players on the day because he knows that his side have a certain rhythm about them and that alone can unsettle most teams. However, after an intense performance on Saturday and a trip to Liverpool on the coming weekend, the Spanish manager will rotate his side. But it will also be a tactical shift, not one just to rest players.

Fernandinho is likely to come in for Rodri after producing an impressive performance against the Parisians six months ago in the semi-final. Unlike Rodri, Fernandinho knows how to stop play and make tactical fouls. Moreover, he is a far better distributor of the ball while he also holds back and protects the defence when City go ahead. Against a frontline as scary as PSG, Fernandinho will be key. Kevin de Bruyne will also be fielded and quite possibly alongside Phil Foden. The three different generations in Guardiola’s midfield line complement each other brilliantly as Foden’s energy to go up and down coupled with De Bruyne’s free role in the midfield line could be too much for PSG’s tactically dim midfield line.

Upfront, Guardiola will be aware of Hakimi’s tendency to leave open spaces on the left wing, and Raheem Sterling could be played to exploit that weakness. The Englishman’s speed and trickery in the box could be the key to a goal for City on the night, while Sterling is also famous for winning penalties in such high-intensity games. Riyad Mahrez is likely to come in as he was the main conspirator against PSG last season as he knocked in two goals to kick the French outfit out of the competition. The Algerian could stretch the PSG backline, and unless Neymar would be willing to track Kyle Walker, Abou Diallo could face a lot of issues on the left. Gabriel Jesus is likely to retain his spot from the weekend as he is the club’s main goal-scoring threat in the box currently. Moreover, his ability to fall in between the lines and let others make a run beyond him could also be a fruitful tactic for the Citizens on the night.

Ilkay Gundogan and Oleksandr Zinchenko might continue to remain unavailable, however, the former could face a late fitness test ahead of the game on Tuesday. John Stones made the return from injury alongside Aymeric Laporte on Saturday, and it remains to be seen who will be played alongside Dias in the centre-back role. All in all, Guardiola will be going into the game with a near-fit squad but would be hoping for Gundogan to be fit as it would allow him more options from the bench as well as the chance to rotate. 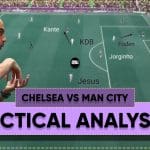 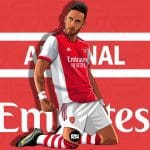