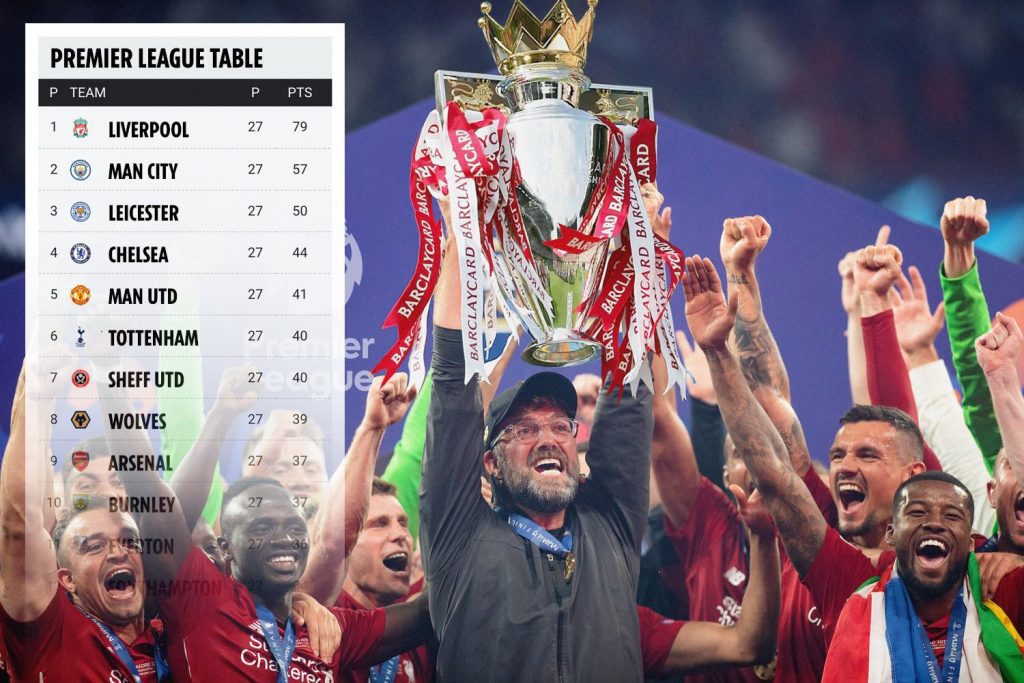 The UK government has cleared the Premier League to restart its season from June 1st. However, this doesn’t mean it is starting as there are several hurdles. Premier League is the second league among the top European leagues after Bundesliga to be given government’s approval to restart.

Premier League football was suspended due to COVID-19 in mid-March as 29th matchday was going on. Liverpool leads the league table with 82 points from 29 games. The Reds are already way ahead of the other teams but the race for Champions League spots is still as open as ever. Manchester City sits on the second position with 57 points in 28 games & Leicester are on third with 53 points in 29 games. The relegation zone is tight with Norwich last in the table with 21 points from 29 games. Five teams (Aston Villa, Bournemouth, Watford, West Ham and Brighton) are fighting the relegation apart from Norwich and are separated by just four points. We are here with the Premier League Team of the Season so far…

The formation is an unbalanced 4-3-3, but the intention was to pick the players who have been the most impressive in the league until now. 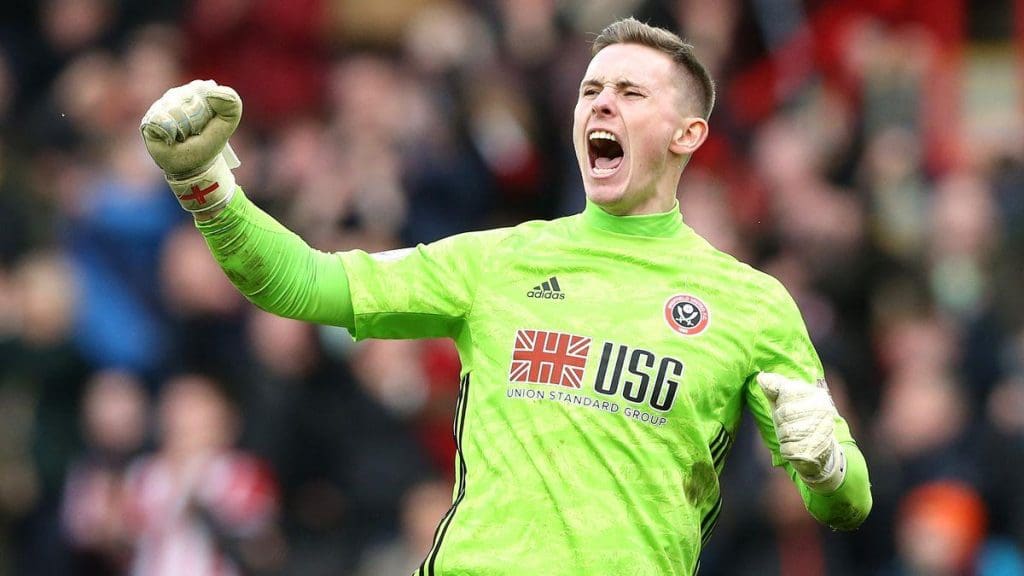 The on-loan Manchester United keeper has been in sensational form this season keeping 10 clean sheets from 25 appearances. Sheffield have conceded just 25 goals so far this season, the 2nd fewest in Premier League. The youngster has certainly played his part. Alisson would have been our pick if he had remained injury-free before the league’s suspension. 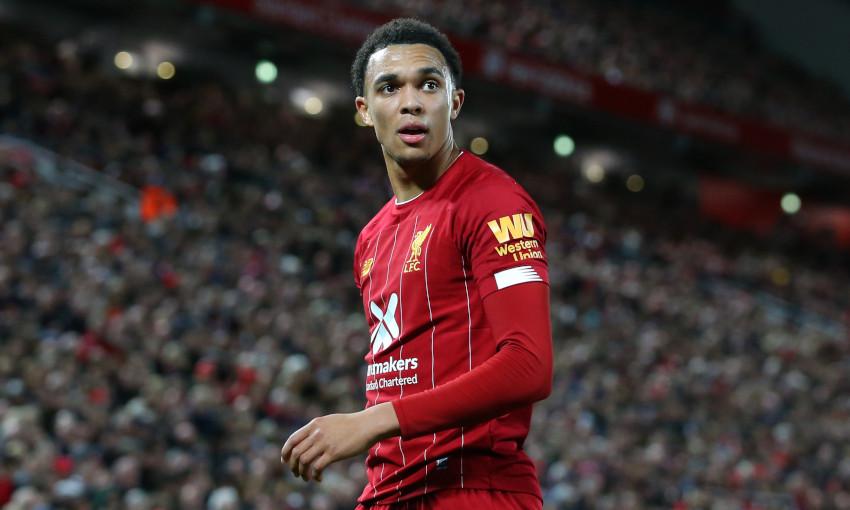 Liverpool full-back is an easy choice for the RB spot. He has been involved in 14 goals (2 goals & 12 assists) so far in the Premier League. Another impressive stat has been his 2.6 key passes per game. His blistering crosses have been hard for opponents to deal with and he deserves his place in this lineup more than anyone. 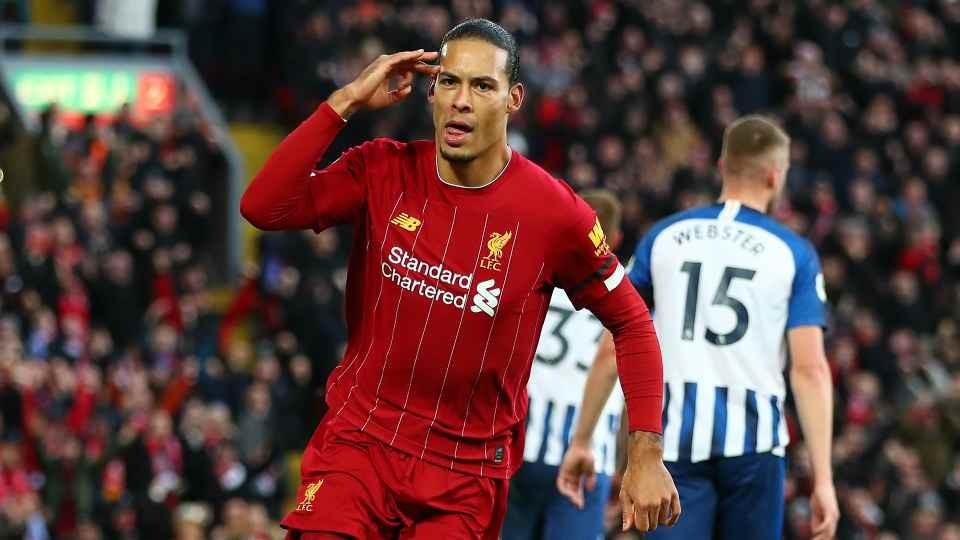 Balon D’or runner-up Van Dijk has been solid as usual for the Reds. He has been the heart and soul of Liverpool’s defense this season. Liverpool have been the best defense in the league and have conceded just 21 goals in 29 games so far. He has lost just 49 of his 190 aerial duels contested during the season (4.9 aerials won per game) and has also managed 30 interceptions. He averages 4.7 clearances and has combined well with Gomez to form the best defense in England. VVD has been virtually ever-present for Klopp’s side this season and has hardly put a foot wrong. 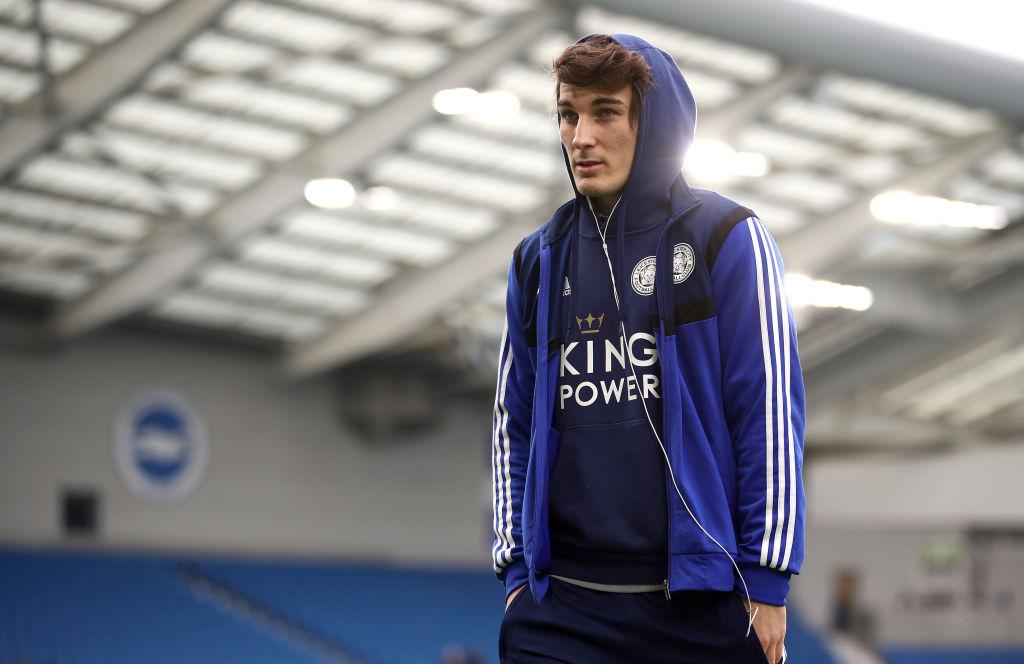 The 23-year-old Turkish international has thrived as Leicester’s defensive boss. He has been a phenomenal presence in Leicester’s defense along with Jonny Evans. Leicester has conceded just 28 goals in 29 games and Soyuncu has been one of the reasons for their defensive stability. Soyuncu averages 4.6 clearances per game so far for the Foxes. He has also averaged 1.3 interceptions per game along with 1.8 tackles per game too. His major strength is his build-up play & tackling and he has managed 89.3% passing accuracy in the league. 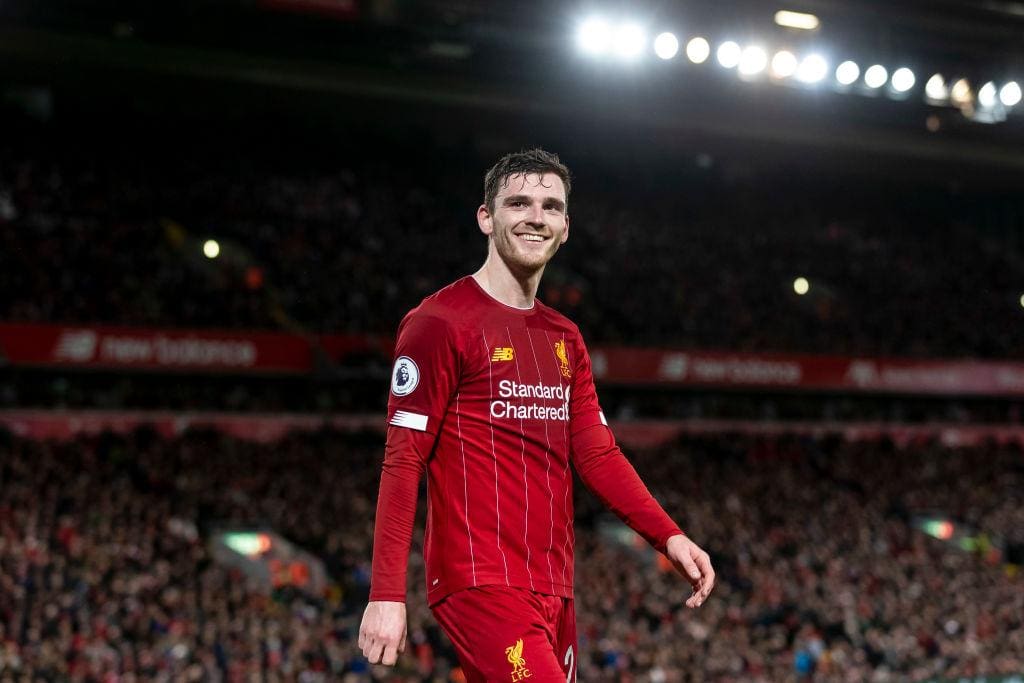 Enda Stevens and Bukayo Saka have impressed on the left flank, but the spot goes to Andy Robertson despite a dip in form before the league’s suspension. The Scot is a key defender for his side, but his contribution going forward is perhaps even more important. He has a passing accuracy of 83.4% and has scored once in the league. Robertson is an excellent force going forward as he has 7 assists to his name & manages 1.5 key passes per game. 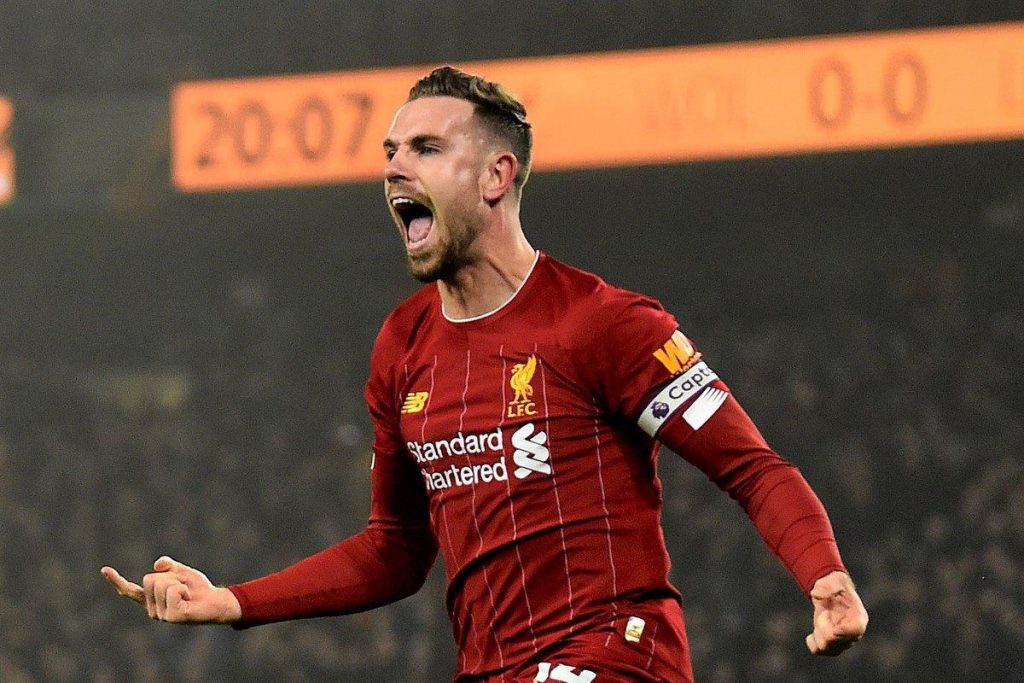 Liverpool captain makes it to our list for the sole position for the number 6 role. In the absence of Fabinho, Henderson has played as number 6 for Liverpool and has been phenomenal there too. Henderson has been central to Liverpool’s success under Klopp and is also a top contender for PFA Player of the Year award. He has eight goal contributions (3 goals & 5 assists) for the Reds so far this season. He has been a strong player in the defensive midfield role and averages 2.4 tackles per game
this season. 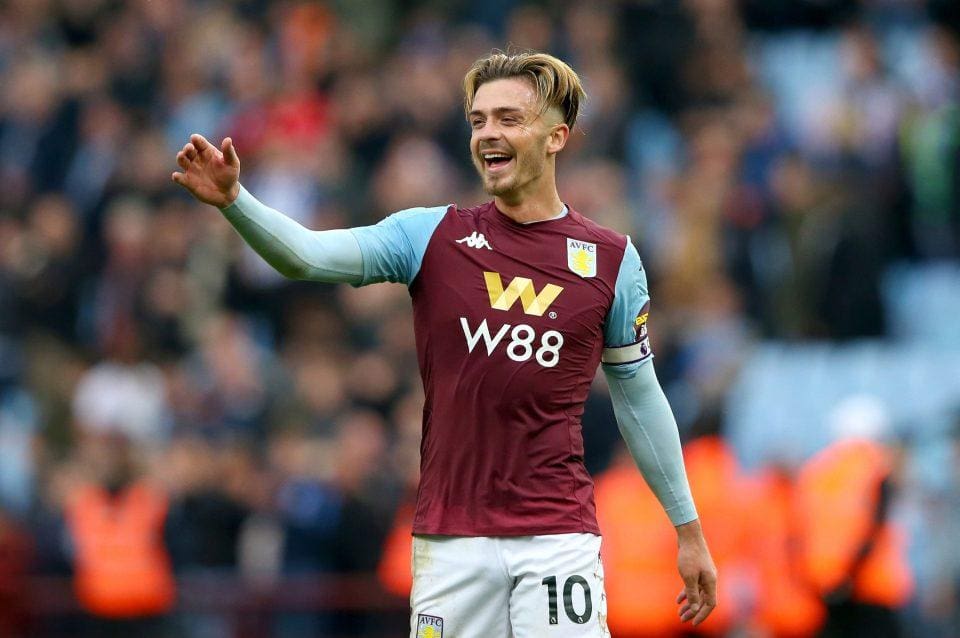 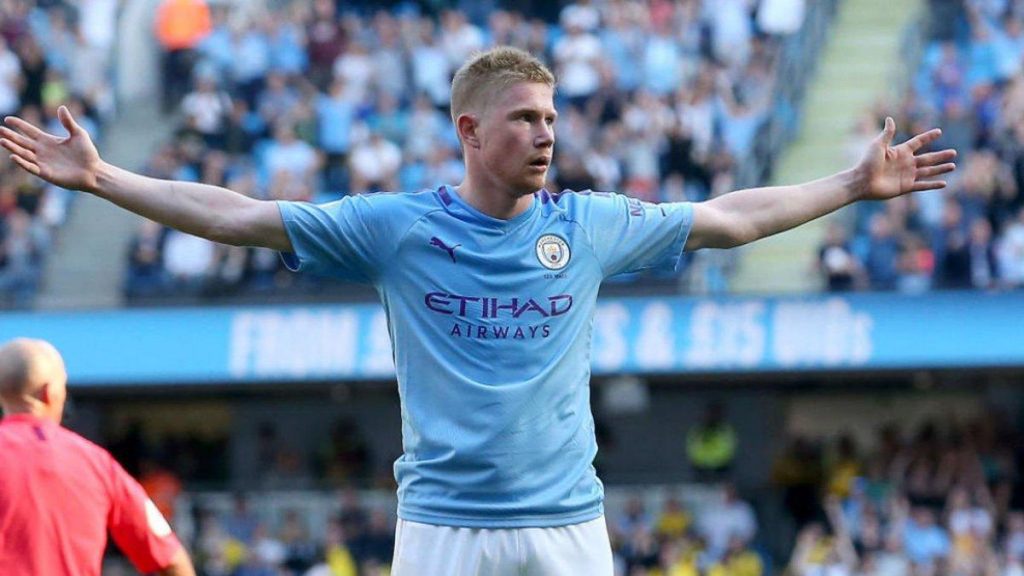 Does this need to be explained? 22 Premier League appearances, 8 goals, 16 assists. Kevin De Bruyne has been phenomenal, whether, from set-pieces or his key passes, he has been delivering all season. He manages 3.7 key passes per game and 3.2 long balls per game. He is the only player to record 70+ assists in Europe’s top-five leagues since 2015/16 season alongside Lionel Messi, of course! 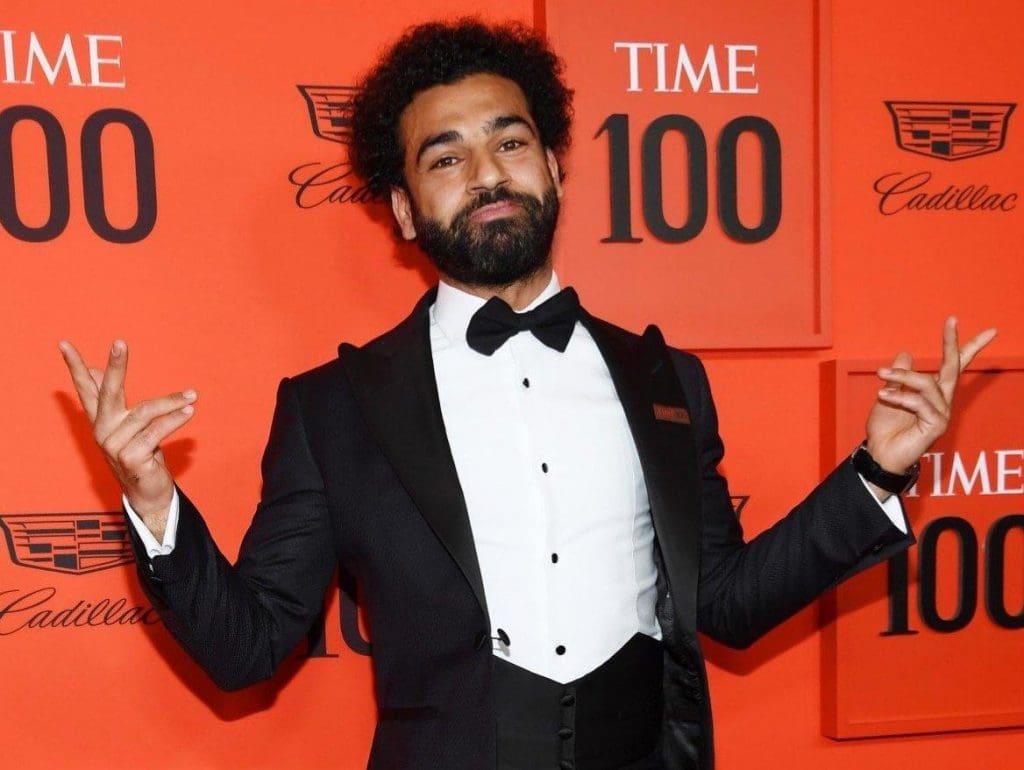 Another Liverpool entry to the list, Salah has been essential for Liverpool’s title challenge this season. He has scored 16 goals and managed 6 assists as well. His numbers just keep getting better and better. Salah’s ability to go centre has provided Klopp to tweak his tactics and win games at the crucial stages. 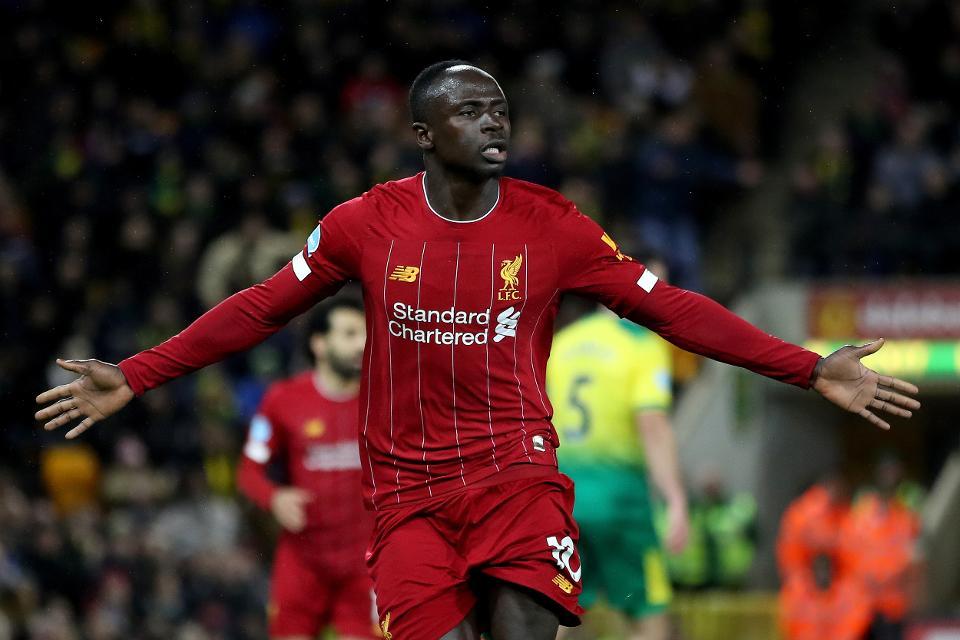 Mane has been a part of the magical triangle at Liverpool along with Salah and Firmino, and while each of them certainly deserves to be considered for the team, we’ve decided to go with Mane & Salah. The Senegalese winger has been among the best Liverpool players alongside Henderson and VVD. He is having another successful campaign with Liverpool and has deservedly won the 2019 African Player of the Year award. He has scored 14 goals this season so far in the league. He also has 7 assists to his name & averages 2.3 shots per game. 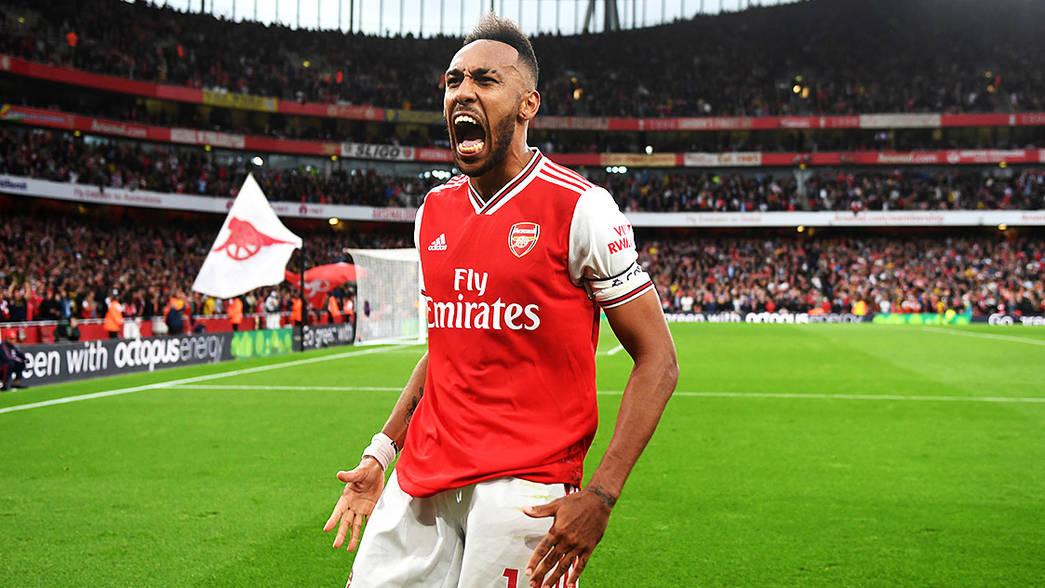 Aubameyang has hit the ground running in England and has a striker-rate of two goals every three games, since joining the Gunners from Dortmund in 2018. Jamie Vardy and Aguero are also strong contenders for this spot but we’re picking the Gabonese due to his ability to play in multiple positions upfront. He has 17 goals this season so far for Arsenal. While going forward Arsenal will surely be down to Auba’s goals and performances that would help them challenge for a European spot this season. 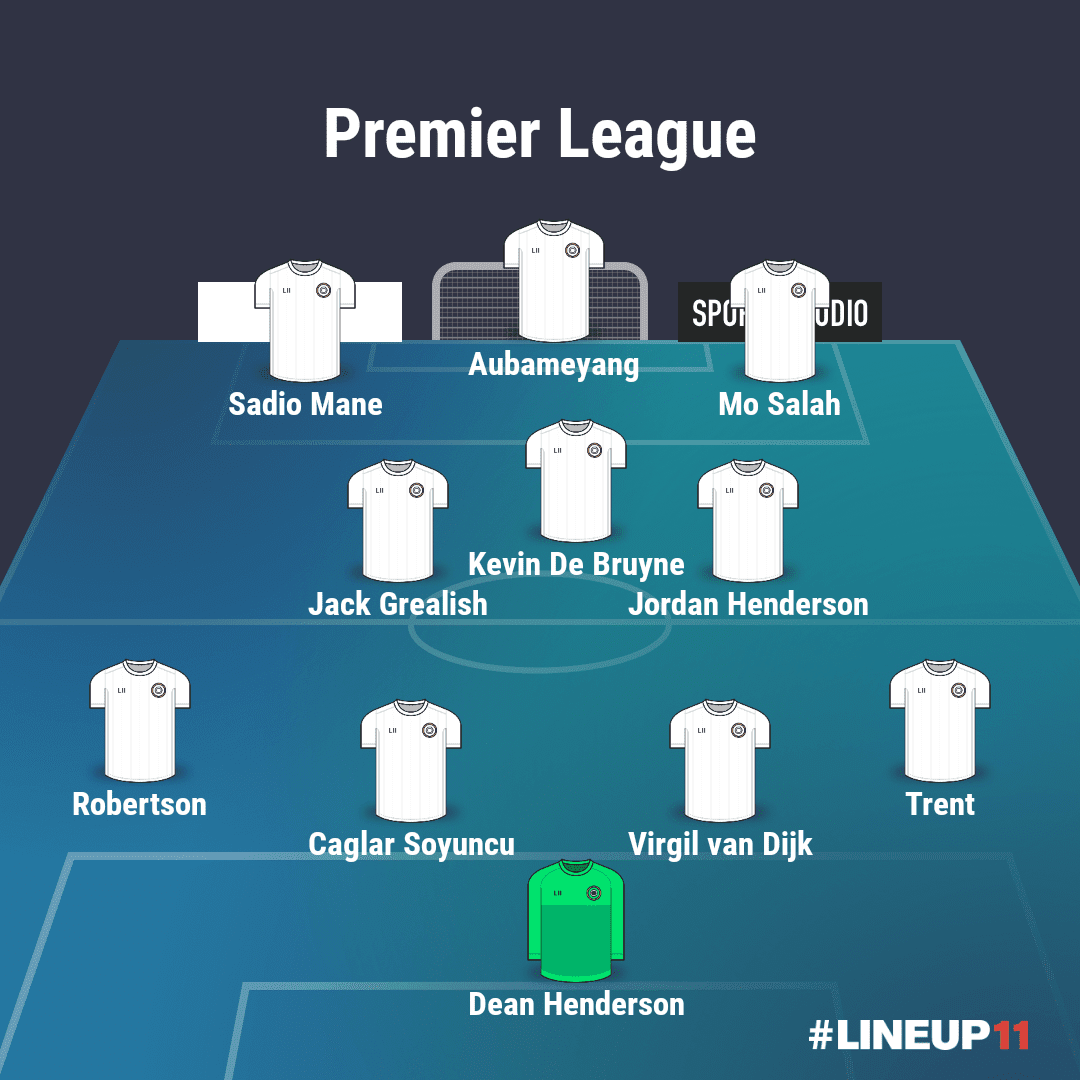 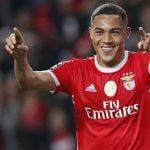 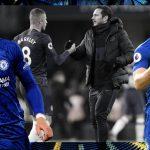