The UEFA Champions League quarter-final draw was conducted on Friday, 19th March and with England having 3 teams in the competition, the most of any country, it would be interesting to see how good a chance, do any of the 3 teams hold to win the Champions League this season.

Pep Guardiola’s men have been rampant this season as they have knocked down opponents for fun, and had it not been for Manchester United a fortnight ago, Manchester would have been on a 24 game winning streak in all competitions by now. While Manchester City are still competing in four competitions, 2 of those have almost been rapped up as they have a firm lead in the Premier League while they also face a disastrous Tottenham Hotspur side in the Carabao cup final. All of City’s attention would now be on the Champions League trophy that has eluded them for quite some time.

Manchester City have now reached the quarter-finals of the Champions League for the 4th season in a row but their record has been abysmal, as they have been defeated by Liverpool, Tottenham and the latest victors over them being Olympique Lyon, who upset the odds and beat the Citizens less than a year ago. Pep Guardiola has often been accused of overthinking the big games and while it is true to an extent, it is not overthinking as much as an overly cautious approach and a lack of faith in his players.

Guardiola trusts his side in the Premier League because he is aware that it is a 38 game season and they can always cover ground if they lose a game or two. However, the Champions League is much more ruthless in its knockout tie methods, courtesy of which Guardiola never wants to leave anything to chance and he tries to come up with tactics he has not used all season.

While drawing Borussia Dortmund may not be the worst thing in the world, Guardiola would’ve much rather faced a Real Madrid, Liverpool or a Porto. Dortmund has not been good at the back this season but Erling Haaland is a different animal in the Champions League, an animal Guardiola is thinking of recruiting this summer.

Man City reject and now a star at Dortmund, Jadon Sancho will also be aiming to prove a point against his old club who let him go way too soon and while Guardiola said he has no regrets over it, Sancho will want to use this opportunity to make his old club pay.

Pep Guardiola will be expecting to breeze past Dortmund and although it will be a daunting fixture, they should go through. Manchester City’s road to the final will only get harder after that, as they face the prospect of a semi-final against either Paris Saint Germain or the Bavarian giants in the form of Bayern Munich.

City will have to be playing at the highest possible level in the next 2 months if they are to win the Champions League and while that is easier said than done, Guardiola’s men have the quality and the squad depth and this might be the season Pep wins Manchester City the coveted UCL trophy.

Jurgen Klopp and Liverpool might’ve been the team nobody wanted to face last season, but it is funny how things change in a year as they are now 20 points away from the Premier League title while their Champions League chances are also looking bleak, however, if they get some crucial players back from injury, they could reach the final and perhaps win it.

Liverpool has been a shambles at home and in the Premier League since the turn of the year and while a lot of this is down to injuries, the attack is not as potent anymore. Mo Salah is the only player who has crossed double figures in the Premier League this season and while Sadio Mane has chipped in during the Champions League games, Liverpool have not been challenged yet.

Real Madrid are not the team they used to be, but they still have 6 of the 11 starters that won 3 Champions Leagues in a row. Modric, Kroos and Casemiro are not slowing down by any means but the lack of goals from the wingers is putting a lot of pressure on Karim Benzema to score day in and day out. Benzema is currently satisfying that requirement, however, nobody knows how long that will last.

The Reds need to be wary of the fact that Real Madrid have been good if not great defensively this season while they can also consume a lot of pressure and counter Liverpool on the break. They have been guilty of holding a high line this season, which most teams have exploited. Jurgen Klopp needs to ensure that Ozan Kabak and Nathaniel Philipps understand the danger of the likes of Vinicius Jr and Marco Asensio and not get sucked into challenges high up the pitch.

While the return of Fabinho in midfield has brought a sense of calm in Liverpool defensively, they need to be a fully functioning side over the 2 legs if they are to beat Real Madrid.

On paper, it is a tough challenge for Liverpool but with their firepower, they should be able to get over the line if they can rekindle their form of last year. If Liverpool does come through over the two legs, they will most likely face their English counterparts in Chelsea and the form the Blues are in currently, it will not be an easy road to the final, but Liverpool hopes they can re-create the theatrics of the 2005/06 season, as they defeated Chelsea in the Champions League courtesy of the famous ‘ghost’ goal.

13 games, 0 losses, 2 goals conceded, Thomas Tuchel has made Chelsea absolute rocks at the back with the only person scoring against Chelsea in his reign being Takumi Minamino of Southampton. What makes this record more impressive is the fact that Chelsea have faced the likes of Atletico Madrid, Liverpool, Manchester United, Tottenham and Everton in this time period, but they have given nothing away.

The Blues were sublime over the 2 legs against Atletico and must be delighted with their quarter-final opponents, as they face FC Porto who might’ve been the team most teams would have wanted to face. But Porto can use this factor to their advantage. Juventus couldn’t find the answers over 210 mins against Porto and were defeated on away goals as Porto showed their determination, character and resilience on one of the most important nights for them in recent years.

However, Thomas Tuchel must have a plan up his sleeve as he has against most teams this season.

‘When you don’t give anything away, you can’t lose‘ – were the words of Steve Nicol, critic on ESPN,  who was rating Chelsea’s chances of reaching the final this year. While Mason Mount has been Chelsea’s best player, the likes of Hakim Ziyech, Kai Havertz and Timo Werner have burst into some good form in recent weeks and Chelsea look like a fearless side now and Porto’s chances against the Blues will be little to nothing as Porto have not been great in their league either this season.

Chelsea will be favorites to finish in the final this season as they are very capable of beating Real Madrid or Liverpool in the semi-finals, as both teams have had a relatively poor season as per their standards. Thomas Tuchel’s PSG failed to win the final less than a year ago and the German will surely want to have a crack at the trophy again, this time with Chelsea. 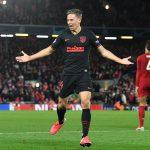 Marcos Llorente to Manchester United: A tempting move but unlikely
Next Article 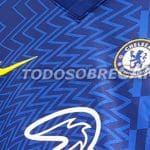