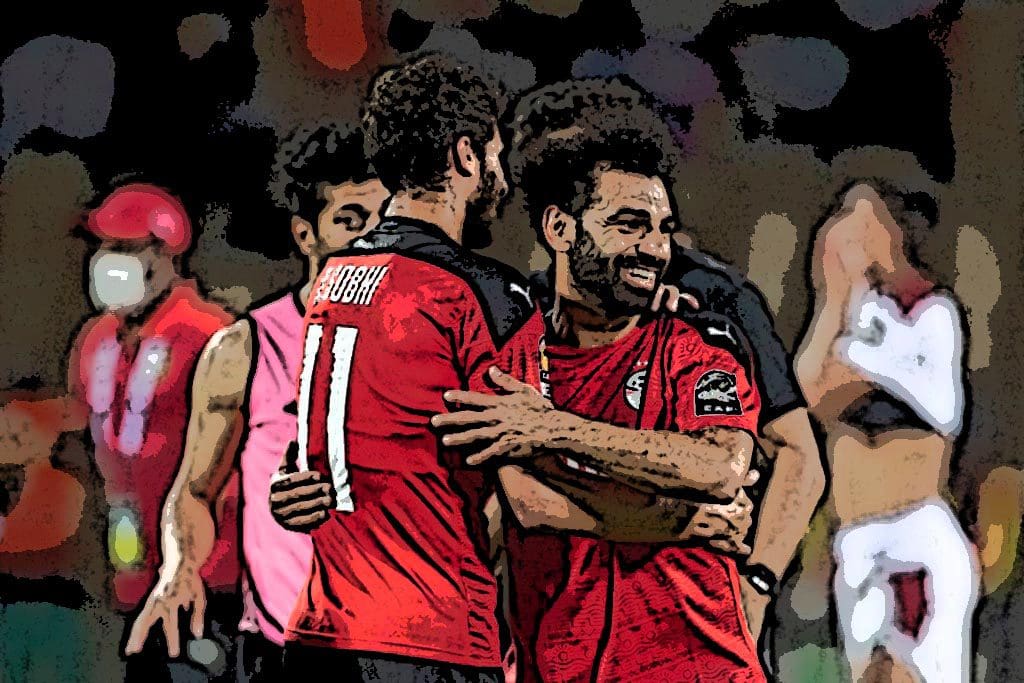 The race for the ultimate trophy of the 2021 African Cup of Nations is on as host, Cameroon takes on Egypt and Burkina Faso locks horns with Senegal at the semi-finals stage.

Few of the Premier League players have already exited the tournament with the likes of Riyad Marez (Algeria), Hannibal Mejbri (Manchester United), Moussa Djenepo (Southampton), Yves Bissouma (Brighton) among others.

In this article, we will be delving into the English Premier League players who are still playing at the prestigious continental showpiece.

The Egyptian king will be eyeing his first-ever AFCON trophy with the Pharaohs of Egypt. Salah has been instrumental for his side throughout the group stages to the quarterfinal, where he scored and assisted in their 2:1 victory over their North African counterparts, Morocco. The Liverpool star would have to step up once more to push his side to another AFCON finals as they take on 5times champions, Cameroon.

Many Premier League stars have shone for their sides in this year’s AFCON tournament and Mohammed Elneny is no exception.
The Arsenal midfielder has been one of the engines for the Pharaohs of Egypt, marshalling the midfield to this stage. His partnership with Ashraf and El Soleya at the midfield, shielding the backline has been superb and many would love to see more of this as the tournament urges to its end-stage.

The Aston Villa man came to the party and scored one of the most important goals in his football career. Trezeguet finished off that beautiful assist from Mohamed Salah in the extra time of their quarter-final clash with Morocco. The 27-year-old might be the new Egyptian super-sub at the Afcon with Mohammed Gedo having played a similar role for the Pharaohs in the previous editions of the AFCON.

Being one of the most talented and experienced players on the Burkinabe side, Bertrand hasn’t really played to the bar many would have loved to see him. The former Olympique Lyon man saw his kick from the spot denied by the crossbar in their round of 16 clash with Gabon and he hasn’t really gotten over that miss. However, he’s been very instrumental in helping the stallions of Burkina Faso reach the semi-finals stage and would be eyeing a victory over tournament favourites, Senegal.

The newly crowned FIFA best goalkeeper will come against one of the youngest forwards in this year’s tournament and a magnificent performance from him together with his backline can only book them a place in the finals of the Mundial. The Chelsea star has kept 3cleansheets in 4games, conceding just a goal far in the ongoing tournament for Senegal

The Crystal Palace man together with Nampalys Mendy and Idrissa Gana Gueye has formed a very solid midfield partnership, making it difficult for other opponents to penetrate. Kouyate came back from suspension to score in Senegal’s  3:1 victory over Equatorial Guinea in the quarterfinal stage.

Another solid midfielder who has really played well for Aliou Cisse’s side is Mendy. The Leicester city man has been one of the pillars in the Senegalese midfield.

Still in the hunt for their first-ever AFCON trophy, Sadio Mane is likely to accomplish this mission this time around. Being one of the most important players of this Senegalese side, the Liverpool forward has shown it all from the group stages to the semi-finals. Mane is expected to lead the attack once again as they come up against a very tricky Burkinabe side.

The Watford man who made the headlines after coming on from the bench to seal the victory for Senegal against Equitorial Guinea will be up for another task in the last huddle to reach the finals. Sarr has been out of action since suffering a knee injury in the Hornets’ Premier League victory over Manchester United on November 20 and upon his return to the pitch, he made a huge statement for himself.

Cameroon vs Egypt: 3 Key Clashes to look forward to | AFCON 2021
Who is Chelsea’s Latest Signing? — A look at Mason Burstow
To Top