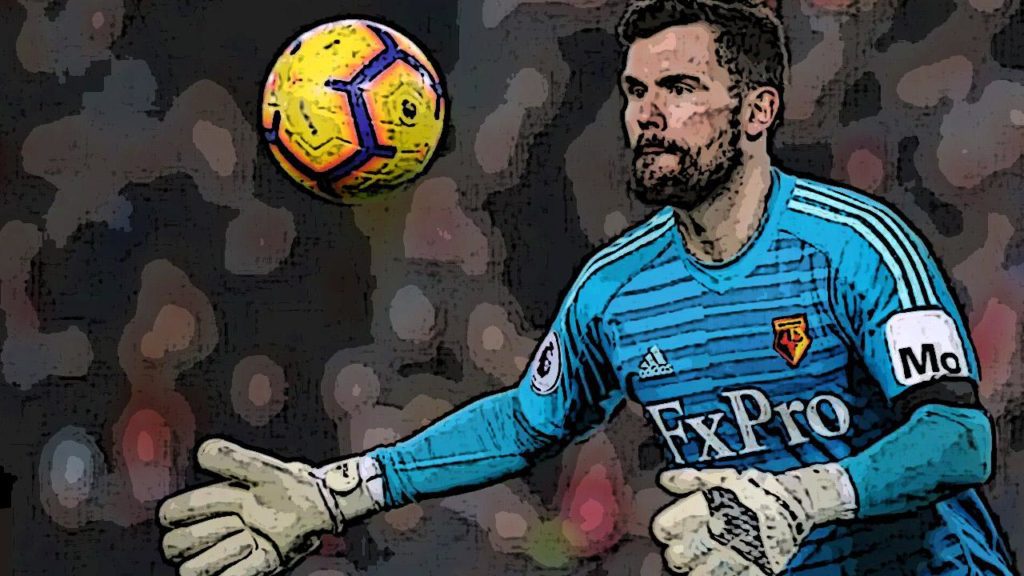 Watford shot-stopper Ben Foster is a subject of interest from Premier League clubs Chelsea and Everton ahead of the 2020/21 season.

The goalkeeper was one of the positive performers at the Vicarage Road despite the Hornets suffering relegation into the Sky Bet Championship. Their drop leaves the 37-year-old with an option to listen to offers from teams from the top-flight, due to his impressive displays in goal.

According to reports from English outlet The Sun, Frank Lampard and Carlo Ancelotti’s side are considering making a move for the former England international as they prepare for reshuffling in their squads.

The publication claims both teams could make an approach over the next coming weeks for the veteran goalkeeper before next season.

Chelsea are reportedly willing to move first choice goalkeeper Kepa Arrizabalaga on this summer of two years of inconsistent performances which has seen him sometimes lose his position to Willy Caballero.

The Spain international made 33 appearances for the west London outfit in the Premier League, conceding a total of 47 goals in the league.

Everton on the hand are wary of Jordan Pickford’s dip in form on the just ended season. The Merseyside goalkeeper kept nine clean sheets in 38 outings for the Toffees, picking the ball from his net on 56 occasions. And Ancelotti is considering bringing in another goalkeeper to provide competition for the England international next season.

Foster played all 38 games for the Hornets in the 2019/20 Premier League campaign, conceding an average of 1.7 goals per game as they failed to beat the drop.

The 37-year-old also managed 117 saves in the league,  an average of 3.1 per game – the fifth best in the competition.

A move back to the English top flight will be a good move for the for the former Manchester United goalkeeper, who has enjoyed spells with so many English clubs in the division.