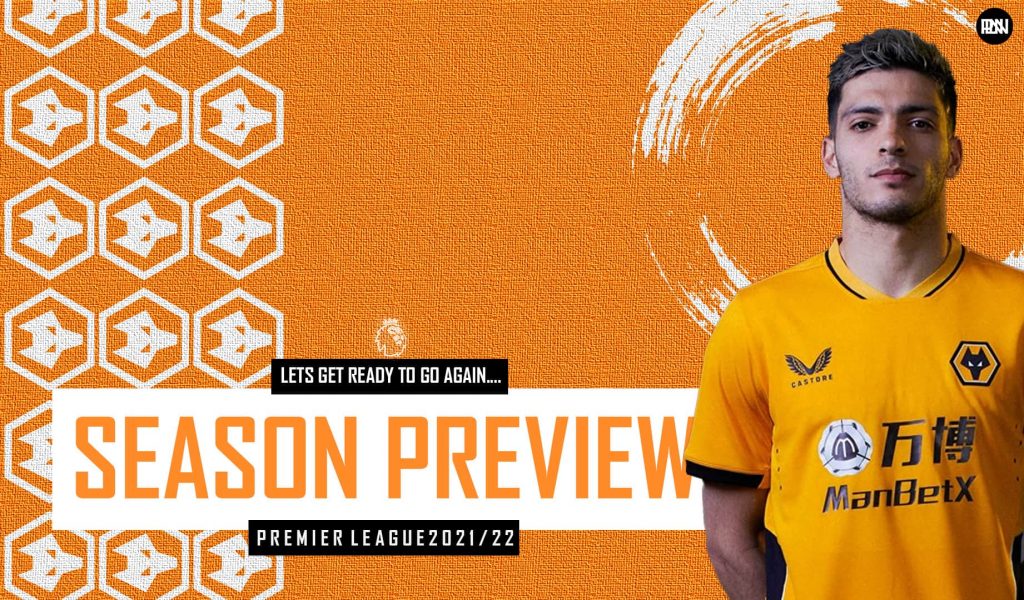 With the commencement of the 2021-22 Premier League season only days away, Wolverhampton Wanderers supporters are extremely excited for the club’s first season under a new manager in four years. After a particularly boring final season under Nuno Espirito Santo in 2020-21, Bruno Lage’s arrival has rekindled optimism among Molineux supporters, albeit the Portuguese’s lack of transfer market support has dimmed expectations.

Wolves concluded the 2020/21 season with an undeniable sense of disappointment after two exciting seasons filled with joyous displays and European ambitions. After three consecutive seventh-place finishes in the Premier League, Wolverhampton finished last season in 13th place, with a handful of major players struggling with injuries that hindered their development. To top it all off, Nuno Espirito Santo, the club’s adored manager, left the club after four fantastic years in which he led the team from Championship dullness to the top of English football.

The appointment of Bruno Lage has provided the fans with something to be excited about after a particularly lackluster season. With fans once again being able to organize their life around their club’s fixture list, it’s an opportunity to delve into which games are particularly important for Wolves, where their points could be gained and lost this season, and what we can hope from them in the season ahead.

It’s a new beginning for the Wolves now, and they can leave last season behind them thanks to the arrival of a new manager with a fresh attitude.

A number of statistics from 2019/20 have improved slightly. Wolves mustered two more shots (less than 1% of their total), as well as seven more shots on target, which was enough to take them up a spot in the standings. However, almost everything else, especially at the business end, plummeted significantly. Goals scored dropped from 51 (=8th) to 36 (16th), despite the fact that that total was nearly identical to the number of projected goals (36.87), and big chances were once again the obvious reason, down from 83 (6th) to 46 (16th) (18th). Raul Jimenez, their top-class striker, is also back, which will undoubtedly restore the team’s faith.

Last season, the Wolves were unable to maintain their previously outstanding defensive record. Wolves were a difficult team to watch, especially with an injury-plagued attack, which could justify Nuno Espirito Santo’s departure. After surrendering 1.22 xGA per game in 2018/19 and 1.08 xGA per game in 2019/20, they generated 1.48 xGA per game en route to a poor finish. Actual and projected goals conceded both increased by roughly 12 for Wolves. Big chances conceded, which dropped from a league-leading 47 the previous season to a tenth-placed 72 this season, appears to have played a crucial role. Shots in the box conceded also climbed by roughly 16%.

Despite having the talent to do so, new manager Bruno Lage has challenges to address on both sides of the field.

This season, Lage & Co. will be expected to improve Wolves’ attacking numbers. With the arrival of Portuguese talent Francisco Trincao on loan from Barcelona, they can expect a better attacking depth in comparison to last season. Trincao, who was signed on a season-long loan from Barcelona with the possibility of a permanent deal at the end of the season, had a productive, yet short, stay in Catalonia last season, making 42 appearances and scoring three goals, and adding two assists. The 20-year-old winger oozes flair and athleticism, and he has the ability to become one of Europe’s best. Playing in the Premier League alongside his countrymen could help him fulfill that promise.

Another important arrival is of the Colombian center-back Yerson Mosquera. Mosquera has received praise for his incredible potential at the heart of his team’s defence despite having minimal professional experience in his short career. Mosquera made his debut last year after training with the national squad. He has immediately demonstrated his talent by becoming a crucial element of the Atletico Nacional backline. The midfielder, who cost £4.5 million, has a commanding presence and has shown a natural technical skill that can be properly polished in the Premier League. However, a more experienced center-back is required for Wolves to improve their defensive stability and stats in comparison to last season.

Just a handful of teams, at least on paper, have had a more difficult start than Lage’s squad. Despite the fact that Wolves only have to travel once in August, they face three European teams in Leicester City, Tottenham Hotspur, and Manchester United, and may potentially go into the season’s first international break with no wins. Spurs’ arrival overlaps with Nuno’s first homecoming to Molineux since his exit in May, as well as the return of a full Molineux, for one of Wolves’ most highly awaited meetings in recent memory.

Following a shaky start, the Wanderers’ fortunes are expected to improve as the season progresses. Wolves do not encounter another club of the ‘big six’ until Liverpool travel to the Molineux on December 4, following United’s visit on August 29. After three challenging encounters, Lage’s side embarks on a winnable streak of fixtures that includes an away game against Watford and a home game against Brentford.

This period is important for Wolves to have a good start to the season and rekindle their fine record against the “big six” of the 2018/19 and 2019/20 seasons.

Raul Jimenez has a tremendous 47 goal involvements in 84 Premier League outings, including 30 goals, as one of the key reasons for Wolves’ two excellent campaigns. Only three forwards for their respective teams have greater goal involvements or a better goal involvement % in the 2019/20 season. Jiménez has scored or assisted on 47 percent of Wolves’ goals.

The Mexican was a fox in a box in every sense of the word. He didn’t score a goal outside of the 18-yard box in either of those two seasons, so providing him with proper service is critical. Only Mohammed Salah had more shots in the box that season, and only three players had more shots per game than Jiménez’s 3.11 shots. His relationship with Trincão will be identical to his relationship with Jota. The Liverpool winger wandered into wide areas, exploiting space behind him with his quickness.

We’re not sure how Jiménez’s injury will impact him, which is a major concern. Nine of his 34 Premier League goals came via headers. Not only that, but heading the ball was one of his best qualities. In those two seasons when he was dependably fit, Jiménez was the epitome of consistency and still remains the most important player of this Wolves team.

Fiorentina’s Nikola Milenkovic to West Ham United: What will he bring to East London
The underperforming Aubameyang: The problem, the solution
To Top