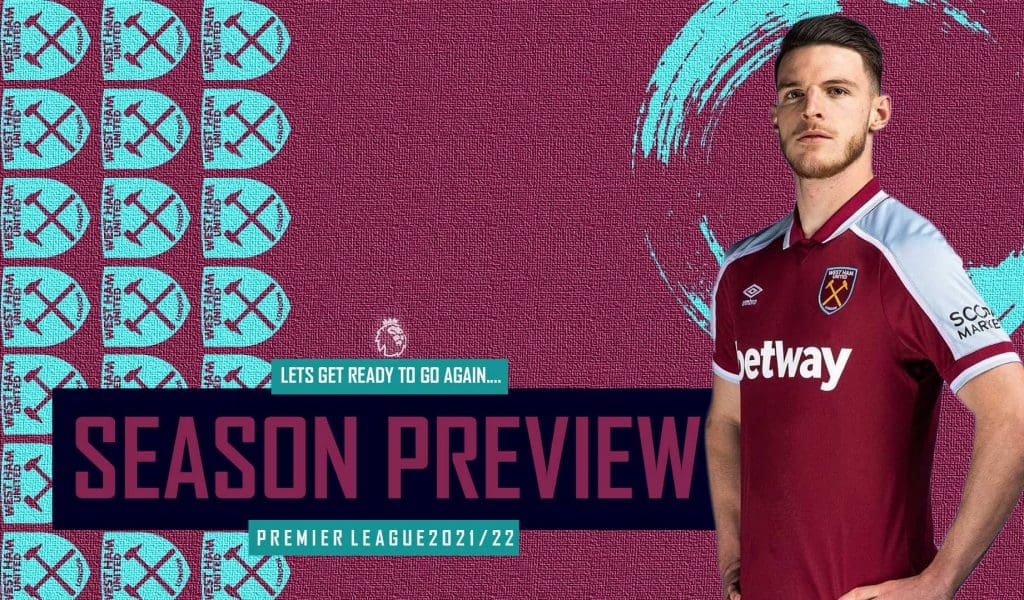 West Ham United were one of the better-performing sides last season. Their decision to hire David Moyes as the manager received heavy criticism from fans and rivals alike. But, the Scotsman has completely changed the club’s fortunes. Fans of Hammers witnessed probably the best season off late as they finished the season sixth in the table, while a possible Champions League place was not far. West Ham successfully exposed the likes of Leicester and Villa while also stealing points from the biggies like Manchester City and Arsenal.

The likes of Coufal, Antonio, Soucek, and Rice stepped up their game to display a very attractive football while Jese Lingard completely revamped his career while being on loan at the London-based club. Lingard’s performances were key to the success of Moyes’ plans and their ability to convert from set-piece situations won them enough points to challenge for the top four until the last week of the season.

Hammers’ faithful will hope for better this season if not, at least they’ll be asking for similar results as last season’s. Much will be expected from David Moyes as he will be taking West Ham to European competition with decent expectations. If the Scotsman manages to bring the best out of already established players in Antonio, Fornals, and Soucek along with the inclusion of the likes of Coventry, and Silva; by all means, West Ham United will be set to a similar outing as last season.

Following their success last season West Ham will be expected to aim for a European finish in the league table. They will also aim to take their European campaign as far as they could. West Ham board will be pressured to keep hold of their star Rice, as he is ready to take his game to a bigger stage and his Euro2020 performances suggest that the English midfielder will likely look for a move away from the London Stadium.

Although West Ham will be on an adventure in Europa League, it may prove to be a problem for their players. West Ham doesn’t possess any depth in the attacking department and they have just one first-team striker in Antonio. He may come in handy but, he has missed some games last season owing to his hamstring problems. David Moyes should look for a reliable backup for Antonio to make sure that he will be ready to play in both competitions without any worry. Hammers haven’t replaced Jesse Lingard yet, something also necessary to check on before it’s too late. Their squad depth will be a concern going into the new season.

West Ham will likely have the most challenging October and November they can have. This term, David Moyes will be on the opposite side touch-line to Liverpool, Tottenham, City, Chelsea, and Arsenal. That’s just one club short of the big 6. They will also have their European commitments at the same time and their players are most likely to fall victims to fatigue. Although they stole points from several top clubs last season, this season West Ham will be having their eyes on European matches as well. The lack of squad depth will be exposed in these weeks and a couple of players are likely to get injured due to a challenging run of games.

It will be an accomplishment for David Moyes to guide his team to respectable results in these games as it will likely shape their approach for the rest of the season and most probably for the winter transfer window.

West Ham United depends on Rice so much that without him, Hammers completely bottled their chances of finishing in the top 4 last season. Declan Rice is an extremely talented player and his ability to shield his defense is so good that he is one of the most sought-after defensive midfielders in the Premier League. Already a confirmed target for Chelsea, other teams like Manchester United, Manchester City, and Arsenal were also interested in the prospect of signing the young midfielder.

One of the most crucial players in Gareth Southgate’s setup from Euro2020, Rice will seek to carry his form coming into the new season. Premier League is a fast-paced and physical league and having a player like Rice adds value to the side. His ability to break the opposition plays, tackling and interception skills are his standout qualities. His dribbling and speed make him an asset to his club. Already captained his club last season, Rice will most probably take up more responsibility this season and be a commanding force in West Ham’s midfield along with Soucek.

West Ham are really strong side when all of their players are available. If they keep themselves fit for the whole season, West Ham could easily top teams a run for their money. Considering their European matches and cup commitments, David Moyes and his team will aim for a similar finish to the last season. This time, he may hope for a better position but likely in the same bracket of Europa league spots.

Tammy Abraham vs Lautaro Martinez: Who do Arsenal go for?
Tottenham Hotspur wants to bring Denis Zakaria
To Top