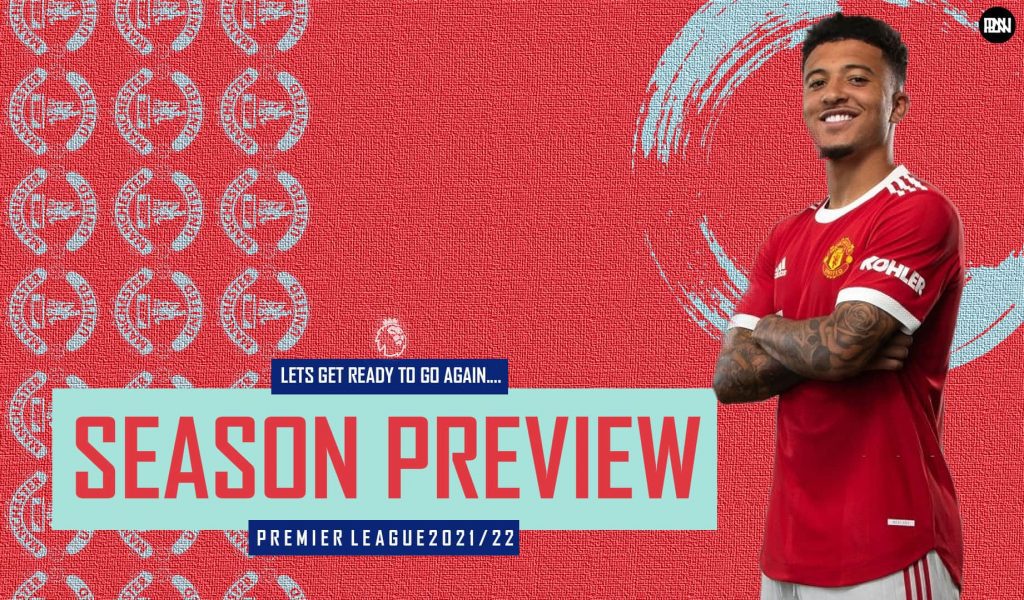 The Red Devils of the Premier League still have not claimed their hands on the Premier League silverware since the departure of Sir Alex Ferguson. The most successful Premier League club in the history of English Football now faces a Premier League Trophy drought since 2013. But the board and the club just want to end their drought this season itself as the club looks much stronger than their recent history!

After finishing as the second-best team in the league the previous season, United have addressed their weaknesses very well this season as they have brought in some notable names in form of Jadon Sancho and Varane. The new recruitments are just nailed-on additions as they directly slide into the first team complimenting the system and their new teammates alongside.

After protests of ‘Glazers Out’ to the announcements of Sancho and Varane, the Manchester Reds are just on a roller coaster experiencing all highs and lows. Also, one can expect a similar ride to continue during the season as Manchester United will claim their stake for trophies under their manager, Ole Gunnar Solskjaer.

Will ‘Ole be at the wheel?’ is the question that every United fan wants to be answered. Ole has got everything that must be on his wish-list and the window is still open. The board and the fans will now expect performance to give justice to the great transfer window and thus any setback from here might leave Ole in a very difficult position after being under so much criticism already.

Reaching the finals of European competition and being comfortably second in the league has set the bars very high for the team this season. The fans are really very excited about the season as they expect a spirited performance from all their players and will hope for silverware this season. Flair in attack and well-organized backline is what the fans are expecting with the individual brilliance of the big names to combine up to track up their run to glory.

After watching two English clubs in the Champions League Finals in the previous season, the club will be hoping for European glory soon but getting the trophy this season itself will be a dream. The season could be a stepping-stone for the club as they will hope to reach the prime tier where once they dominated. But it just does not mean that the Red Devils will not go for a trophy this season. The club will be definitely aiming for a great run to be in the contendership for every trophy they will complete and, on their day, they have what it takes to beat even the best team in the world.

The most talked of weaknesses of the team have been very well addressed by the incoming signings but still, the spot in the central defensive midfield position separates the team from being favorites for the title. The signings of Jadon Sancho and Raphael Varane just can not hide the fact that United lacks that one guy in the middle of the pitch to fill in the roles of McTominay and Fred.

Obviously, the window is still open and United might address the problem by a new arrival but the finances will have to be considered as every option available will not come easy for the club. Ole might even have to trust someone from the squad like Matic who has been good in pre-season if the board could not land a highly-rated player.

Also, having a perfect XI just does not guarantee titles as consistency to win is achieved when one has the best bench strength. Right now, the club is short of the quality on the bench when compared to other top teams in the league who will compete for the same prestige. Thus, injuries, like the one to Rashford as of now, over time could hurt United in long run and might be the reason for a steep downfall.

Man-management will be another big issue that might be a headache for Ole as he enters the season. The situation around Pogba is still uncertain with a very short time left for his contact to run out and Donny Van de Beek’s situation and position at the club not specified. The choice between the sticks between De Gea and Henderson will also be something that might bother over the course of the season.

The journey to great things starts with a great initial step. The mentioned game weeks begin from mid-September and lasts till the first week of November. This period will shape up the season for Manchester Reds as they will face the top teams including Liverpool, Tottenham, Leicester, Aston Villa, West Ham, and culminate the period by hosting arch-rivals Manchester City at Old Trafford.

This period of time will have Manchester United’s crucial 21 points on stake. Getting at least 15 points must be their aim to be in the race for the top 2. Since the competition this season is expected to be the toughest for the title, getting points will be very crucial for Ole. Here the role of injury management will play its role too.

Naming Bruno Fernandes would be the obvious option here as the Portuguese has been one of the best players in the league, if not the best, since donning the Red Shirt of Manchester. But here we think that the league cannot be won relying on one-star player and other big names do have to step up. The next obvious name on the list is French star, Paul Pogba. After a great spell at Euros, it has been proved that Pogba is much better than a player when he plays for United. Also, with his contract situation still unsolved, the focus will be very much on the ex-Juventus footballer.

Paul has an equal number of goals in his 6 seasons at Manchester United that he managed to score at Juventus in 2 seasons less. Can the two big names in Pogba and Bruno gel-up to be the most dynamic duo of Europe or just cause each other problems? Can the 4-time Italian League winner help his English club get their first in many years? The answers to the question will also answer the fate of Manchester United this season.

One team for whom the predictions are most difficult to make, this season is Manchester United. It is a situation where, if all things go perfect who knows they might win the league but if all go down, they might even struggle for a Champions League spot.

The most realistic prediction for Manchester United will be the top 4 when we expect all top 4 teams to fight for the title. Ole’s tactics will decide what happens and where this star-studded team will finish.