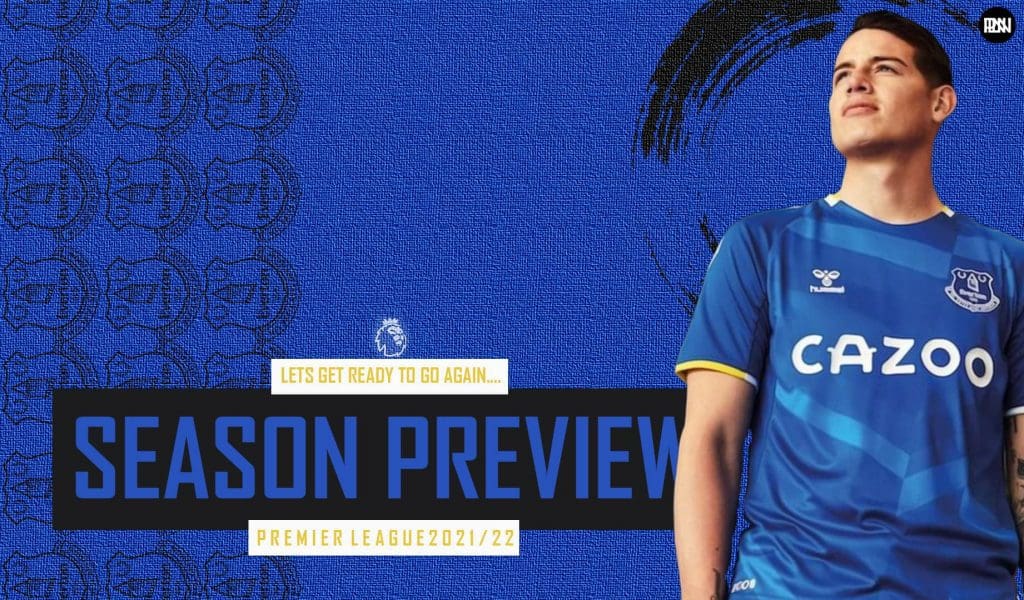 Everton Football Club have not had the best of times recently, and they start the new season with a new manager, their fifth in five seasons. A team that was expected to start challenging for cups and top 4 places ever since they got new owners five years ago, are nowhere near that and have been roaming between the top half and bottom half of the league table.

A new season beckons for the Merseyside club who have been for so long under the shadow of their cross-city rivals. The Toffees suffered a blow last month when manager Carlo Ancelotti tendered his resignation just one year after taking charge of the club, to leave for his former club Real Madrid. All future plans that considered the Italian in charge of the club for a long time went for a toss and looking for a new manager became a priority. They did get a new manager, but not without the added spice. The man they appointed to take their club ahead is none other than Rafa Benitez, also known for his stint at rivals Liverpool 14 years ago.

Last season was a topsy-turvy one for the Evertonians, as the team started the season with a 7-game winning run, but form trailed off soon after and they found themselves out of contention of the top 4 places and as the season progressed, out of the European spots as well. The end to the season was particularly hurtful, with just 3 wins in 13 games which culminated in a 5-0 thrashing at Man City and they ended the season in 10th place.

It remains to see how Everton and the team cope with a new manager yet again, and if they can improve defensively under a manager who is known for his defensive style of play. While they have not shown clear signs of progression yet, the arrival of Benitez is the start of a new era for the club, and can hopefully have time to stabilize the club.

With a new manager comes new issues as well, and to expect anything extraordinarily different from last season would be foolish. Although Benitez’s main focus would be on establishing a strong base in the team, he will have to show some if not a lot of improvement from last season. Last season, Everton were in competition with the likes of Aston Villa, Leeds United, and Arsenal and had arguably the better squad than most of them. This season, the other clubs have made improvements to their squad, and Everton will need to get a few more big signings to stay in competition with them. ‘

However, it is hard to see them compete for the European spots and could be content with a spot in the top half of the table. An 8th or 9th place finish would definitely be seen as an improvement, and that could build the base for the team to challenge further ahead in the future seasons.

Everton desperately need some defensive reinforcements and with Benitez, that will no doubt be where his main focus is. They have only one natural right-back in the squad, in the form of the veteran Seamus Coleman. With his age catching up, his fitness has been declining and Ben Godfrey and Mason Holgate have had to deputize in that position, with neither of them being very comfortable in that position. In addition to a right-back, they need a strong and commanding centre-back to partner with either Michael Keane or Godfrey at the back if they are to achieve defensive stability.

Another issue they need to improve upon was their horrendous home record from last season. At Goodison Park, Everton managed only 6 wins, losing 9 and drawing 4 games. These home woes last season was one of the main reasons for their low league position. Benitez has his work cut out for him and must improve on this poor record.

Gameweeks 10 to 15 is going to be one of the toughest period for the Toffees on the calendar. As evident from last season, they made a good start in the first few weeks, but lost momentum going forward. If they want to improve from their showing from last season, they need consistency and need to get good results as much as possible.

Another reason this is a very crucial period is that the level of clubs they have to face. They travel to the Molineux to face Wolves in GW 10 and then return to Merseyside to host Tottenham Hotspurs in GW 11. Then they are on the road again, with a trip to West London to take on PL newbies Brentford before returning home for a feisty Merseyside derby against Liverpool at Goodison Park. In GW 15 they take on Arsenal as they head into the festive period, kicking off another hectic few days of football.

The Englishman was Everton’s top scorer last season with 21 goals in 39 appearances in all competitions. It was the 24-year-old striker’s best ever season in terms of goals and he can only build further ahead from it. His performances earned him an England call-up to the Euros and he impressed most fans and pundits with his performances last season. He will no doubt be the key man for the Toffees next season as well, and with the signings of Demarai Gray, Andros Townsend and a fully fit James Rodriguez, he will get more chances to score goals.

The aspect that Calvert-Lewin needs to work on is his consistency. He went 8 games without scoring in the middle of the season, as well as a run of 5 games at the end of the season, which casts doubt over his consistency. He has all the qualities to be a top striker, which has been reiterated by many pundits, with his heading ability and precise finishing, but he has also been remarked for his poor consistency which he needs to work on.

Everton will be aiming to finish in the Europa League spots, but their realistic league position could well be below that between the 8th and 10th place. They will need time to settle with yet another new manager and much of the first season will be focused on establishing a style of play and the manager’s philosophy. All eyes will be on the former Liverpool man, and he will no doubt be the recipient of some harsh criticism, but he will need to focus on the finer details and show some signs of improvement in front of the raucous Goodison Park crowd. While a top-six finish is not an impossible task, Everton could find themselves at the bottom of the top half of the table.