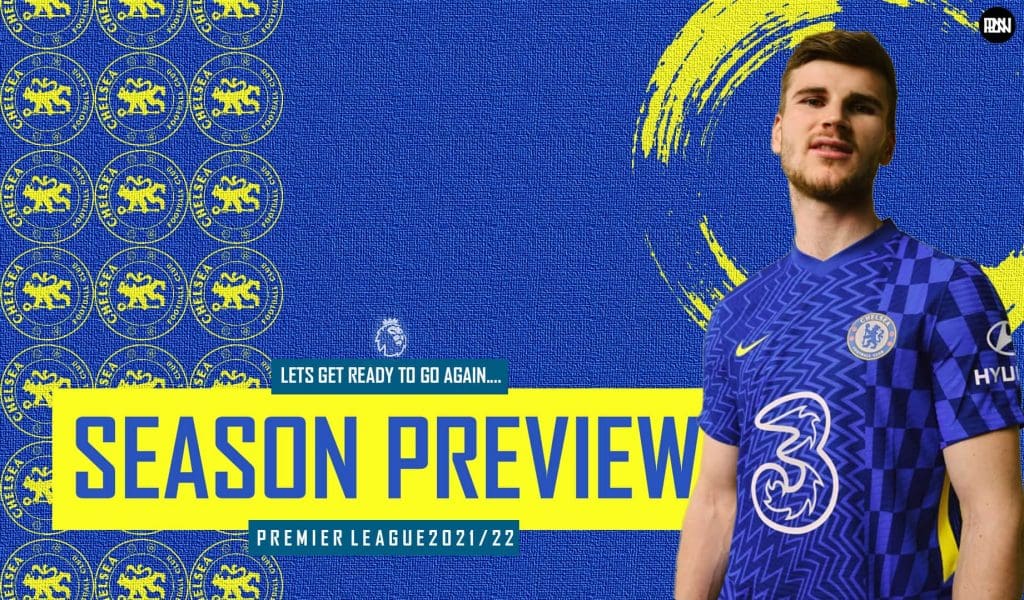 Chelsea had great hopes for the last season. They’d spent the money they’d acquired from Eden Hazard’s sale and were aiming to make the jump from top-four contenders to title contenders. In the summer of 2020, they signed Hakim Ziyech, Timo Werner, Kai Havertz, Ben Chilwell, Thiago Silva, and Eduoard Mendy, among others.

To say the least, Chelsea’s season was pretty fascinating. There were several highs and lows, but they got the job done after the managers’ change. They finished fourth, just a point ahead of Leicester City, and qualified for the Champions League the following season. If Leicester had won their final game, Chelsea would not have finished in the top four.

Following a great start, they began to show their vulnerabilities, which were soon identified by other teams. Soon after, all hell broke loose, Lampard was fired, and Tuchel came to the rescue. The German mastermind started with a 14-game winning streak, propelling his team to fourth place in the table. They also reached the FA Cup final and won their second Champions League trophy in May, defeating Manchester City. After adopting a back-three with a double pivot ahead of them, Chelsea became one of Europe’s best defensive teams. During that time, they had 11 clean sheets and only 13 goals conceded, both league highs.

After an excellent 2020/21 season under Thomas Tuchel, it will be intriguing to see how the Blues fare in the Premier League.

The most exciting aspect of Chelsea’s triumph in the Champions League is that it was merely the beginning of their success. They still have a lot of room for development, but they can be pardoned for being enthusiastic about the future after watching Thomas Tuchel transform a broken team into a formidable force in a short period of time last season. The goal is to make a continuous run at the crown, despite the fact that Chelsea hasn’t been a significant contender since winning the Premier League in 2017. After outsmarting Manchester City in the Champions League final, Tuchel will allow nothing less.

One of the expectations from Tuchel’s Chelsea is for them to score more goals and also, improve their finishing. The attacking midfielders along with the forwards need to create and score more as they were the lowest-scoring team in the English top flight’s top seven teams last season. They might have conceded the least amount of goals just behind Manchester City but Tuchel certainly needs to strike a balance between their inconsistent attack and reliable defense in order for them to challenge for the title this season.

There are a few areas in which Thomas Tuchel and Chelsea should upgrade their squad in order to mount a genuine title challenge. The 47-year-old wants to improve in a few areas, but he understands that he already has a great team. There’s no need to go through the same ordeal as last summer. Chelsea has plenty of individual talent, but their prospects of contending with City will very certainly be determined by one factor: whether they can buy a top striker. Tuchel, who is keen on Erling Haaland, Robert Lewandowski, Harry Kane, and Romelu Lukaku, was frustrated last season by his team’s lack of sharpness.

Alarmingly for Tuchel, the options available to him do not entice him. Armando Broja has never played at this level, Tammy Abraham is on the market, and despite Timo Werner’s quickness and movement, Tuchel is concerned about the German’s finishing. Olivier Giroud, one of last season’s forwards, has signed for Milan.

To put things in perspective, Jorginho was Chelsea’s leading scorer last season, with seven goals. The offensive midfielders must also raise up their game. Mason Mount had an excellent season, but Christian Pulisic, Callum Hudson-Odoi, and Hakim Ziyech need to be more consistent, and Kai Havertz needs to decide more games after scoring the game-winning goal in the Champions League final against City. Chelsea’s wastefulness explains why they finished 19 points behind Manchester City. It almost cost them a position in the top four, and the FA Cup final upset to Leicester was a low point.

Chelsea face Liverpool (H), Manchester City (A), Tottenham (H), Brighton & Hove Albion (A), and Arsenal (H) between the period of Gameweeks 21 to 25. The Blues’ first game in this stretch comes on New Year’s Day, so it will be critical for them to pick up points following a busy December schedule. During this timeline, each game will have at least a 6-day gap between them until the Brighton match, providing Chelsea adequate time to unwind and keep their players fit and well for the upcoming challenging fixtures.

In terms of the teams they face between gameweeks 21 and 25, the Blues need to improve their record against Arsenal as they failed to even pick up a single point against their arch-rivals last season. Manchester City is a team that they have bested thrice in three games in all competitions under Thomas Tuchel and will be aiming to do so once again. They had beaten Liverpool once and lost once, and the same can be said for Tottenham, but they will be looking to avoid any setbacks in order to mount a strong title push. Brighton lost both of their games against Chelsea last season, and the same pattern appears to be repeated this season.

After a slow start, Havertz blossomed into a key player for Chelsea by the end of his first season, as demonstrated by his role in the Champions League final victory over Manchester City. Havertz is anticipated to play a key role in Thomas Tuchel’s starting XI in 2021-22.

Moreover, if Chelsea’s chase for a new number nine fails, and also as a result of Olivier Giroud’s earlier exit and Tammy Abraham’s impending departure, the 22-year-old should see more minutes as a false-nine. It’s a role he’s thrived in under Tuchel on a few occasions, and one he routinely plays for the German National Team.

The youngster scored four goals and assisted his teammates on six occasions last season. The numbers may not seem much but if there’s anyone who can bring out the best of Havertz, it is Thomas Tuchel. Havertz may not have had the best of the seasons last time out but is surely a key figure in Chelsea’s attack and can be relied upon by Tuchel if his other forwards struggle to make an impact.

Given their current squad and performances under Tuchel, a top-four finish seems assured for the upcoming season. However, if a few key signings are secured, one can surely expect the Blues’ to mount a serious title challenge and be a direct threat to current holders, Manchester City.

The squad is capable of finishing in the top three, yet their ultimate goal would undoubtedly be to win the Premier League. Tuchel and his team will be fascinating to watch in terms of how versatile they are and how the German alters his approach to get the best out of his team.