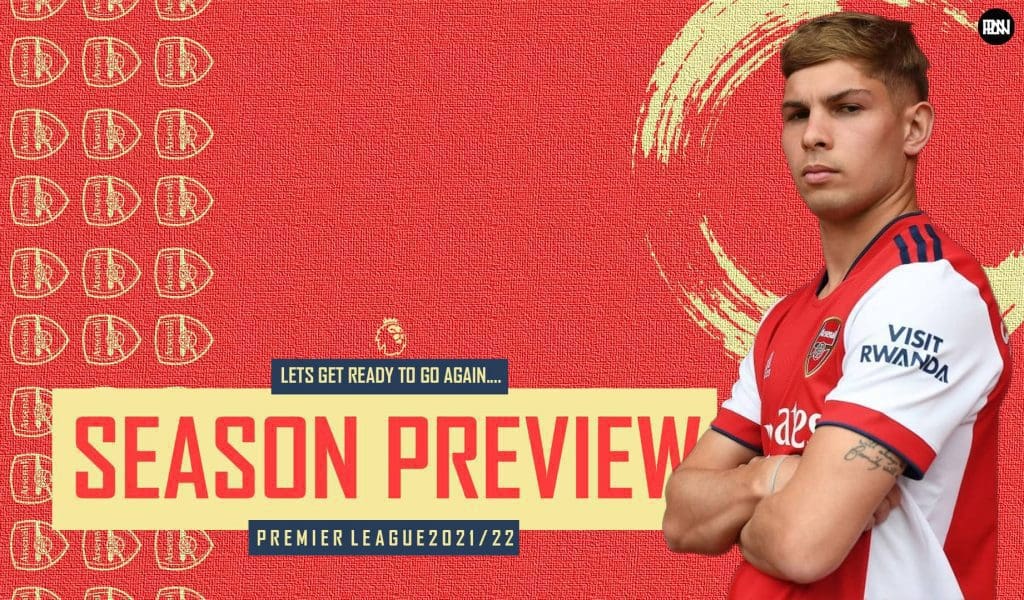 Labelling Arsenal’s 2020/21 Premier League season as a marker for a positive future almost seems like hyperbole considering the relative functioning of the club and their inconsistent performances on the pitch. For the first time since 1996, the Gunners will not compete in Europe, nor are they any closer to challenging for the league title. Further, an 8th finish last season added to the criticism of the manager and his capacity to improve the performance on the pitch.

The club has been on a decline for nearly half-decade, and the responsibility is now on Mikel Arteta to reclaim the club’s former glory. Arsenal have failed to mount a top-four challenge in recent years, and have been painfully inconsistent in the league in recent seasons. Additionally, the failure to release unexceptional talent, offer inflated contracts to veteran players and recruit proven quality has stumped the growth of the team – inevitably halting the revolution envisioned by Arteta.

Describing the club’s campaign at the end of last season, Arteta attempted his best at alleviating the problems at Arsenal, “Extraordinarily challenging, but incredibly stimulating,” he said. Arteta has much to prove going into next season, with the fans excitedly keen on witnessing an improvement on the pitch and fewer excuses by the club and the manager.

Although much of Arteta’s potential to attain considerable development remains uncertain, the club expects to improve its league position next season. With the arrivals of Ben White, Nuno Tavares, and Albert Lokonga, it is evident that the board is keen to invest in the manager’s footballing philosophy by recruiting promising and proven young talents. Though the club struggled to find consistency last season, Arteta and the club will be hoping to make substantial strides; closing the gap between them and the top-four and attain the necessary improvement on the pitch.

Having not qualified for any European competition, the Gunners are expected to solely focus on the league and domestic cup competitions, thereby, affording time and training sessions for the manager to fine-tune the team’s performances next season. Although the failure to compete in Europe is a financial sting to the club, the Gunners possess an exciting mix of youth and experience – many of whom significantly contributed to the team last season.

With new contracts given to Kieran Tierney and Emile Smith-Rowe, the club has reinstated their trust in the manager to improve the youth talent at the club. Additionally, the club’s youngsters are expected to play a big part next season, with many keen to break into the first team and challenge established senior squad members for their spots. While the likes of Bukayo Saka, Emile Smith-Rowe, and new signing Nuno Tavares are expected to be part of the first-team, striker Gabriel Martinelli may also find more minutes to accelerate his development.

Although uncertainties still exist over Arteta’s acumen to inspire change at the club, the fans expect significant improvement next season. Amidst his bleak future and the relative direction of the club, Arteta will be hoping to find consistent results and inspire optimism in a fan base starved of a delightful league campaign in recent seasons.

While Arsenal were defensively resolute last season, the team struggled to score goals and create chances for their strikers. Much to fans’ frustrations, throughout the season, the team’s inability to break down a low-block and show a sense of urgency eventually cost them a UEFA Europa League final last season. Additionally, the manager’s judgement at making substitutions and his reluctance to play an expansive brand of football added to the criticism.

Although the team repeatedly failed at inspiring hope for long parts of last season, Arteta and his squad will be keen on a resurgence in the Premier League. With the arrival of promising players, Arsenal will need to display an attractive brand of football with positive results to show for it if the manager is to gain the loyalty of the fans.

With the club strongly linked to James Maddison, Arteta will be looking to add an attacking midfielder to boost the forward line next season. The arrival of a creative playmaker will allow the manager to adopt an expansive brand of football, thus, ensuring a gradual shift towards the footballing philosophy of the club’s glory days.

Overall, Arsenal have much to achieve going into next season. Although the manager has shown glimpses of his potential, his pedigree remains uncertain. However, with fresh arrivals and fans returning to the stadium, regression is not an option for the club and the manager, who needs to show significant improvement both, on and off the pitch.

Although the Gunner’s registered a strong start to the 2020/21 Premier League season, inconsistent performances and unexpected losses during the central phase of the campaign cost them valuable points last season. While the club finished the league campaign with five consecutive victories, their performance throughout the season was excruciating at best. However, this time around, the club will look to capitalize on their limitation of competing domestically and improve on their league results.

Arsenal begin their campaign against newly-promoted Brentford in the first game of the 2021/22 season, followed by Chelsea and Manchester City. While the Gunners won three of their first five games last season, Arteta will be hoping for a stronger start this time around given the expectations of the fans and necessary improvement.

Though the club has a moderate set of fixtures following their encounter with Manchester City, the fans will be looking forward to see a change in the manager’s approach and a sustainable improvement on the pitch.

Following his exploits at Euro 2020, Saka will be expected to carry his good form into next season. Despite being only 19-years of age, the teenager has established himself as a key player for the club and has nailed down his status as a first-team starter.

Along with Smith-Rowe, Saka was a shining beacon in an arguably dim campaign for the Gunners last season. In addition, Saka also made the most league appearances amongst outfield players at the club last season.

With the start of the new season around the corner, Saka will be hoping to hit the ground running at the earliest. Provided the club succeeds at bringing in a creative midfielder, the youngster will be keen to make a greater impact next season and further inspire academy prospects towards the first team.

Having placed 8th in the league last season, the club has made significant moves in the transfer window in a bid to improve next season. However, three signings may not be enough for a team far from challenging for European spots. Arsenal have been languishing in the bottom of the top half of the table for two consecutive seasons and shown meagre improvement since.

Nevertheless, the arrival of a creative midfielder may potentially change the fortunes of a team desperate for positive change on the pitch. Provided the recruitment of a creative player, Arsenal could well punch above their weight, yet, still face substantial competition from Leicester City, Aston Villa, and West Ham, among others, in their bid to challenge for European spots next season. 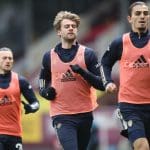 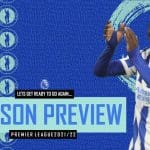