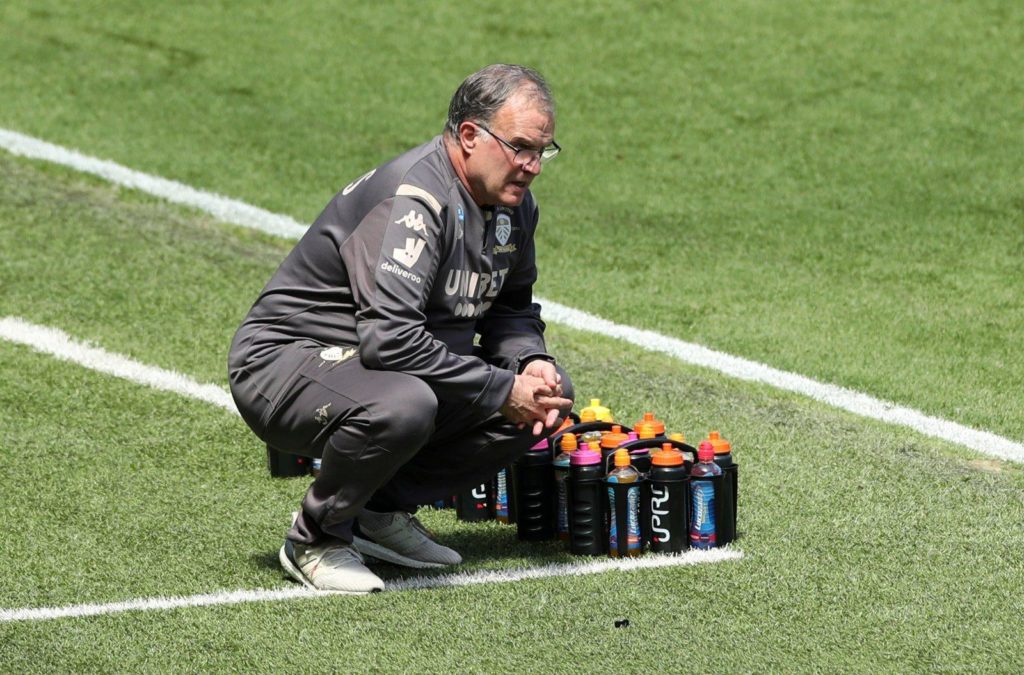 Pressing is an important part of the modern game and the Premier League is one of the best at implementing the art of pressing with sides like Liverpool and Manchester City always amongst the best in the business in Europe.

In this article, we take a lot at how the Premier League sides are performing in this season.

This is the most disappointing of the four categories with the teams not only producing less number of pressures but also ineffective in its implementation with low success rate. As their pressures aren’t resulting in winning possession as often as they would have liked.

Arsenal and Newcastle United have disappointed the most with both the times placed in this quadrant alongside West Ham United and Fulham.

With Tottenham Hotspur as it’s most high profile resident this quadrant is more about quantity than quality with the teams producing high numbers of pressures per 90 minutes though the success rate of their pressure isn’t upto the expectation.

Tottenham are accompanied by the inconsistent Everton and struggling Sheffield United in the quadrant.

These are the smarter of the teams as while they’re not putting up the pressure numbers as well as some others though they have been very effective with a high success rate while applying pressure and winning back possession more often.

Manchester United and their friendly neighbours Manchester City are one of the smarter teams in the league along with the likes of Brighton and Wolves.

This category needs no introduction, it’s basically the Marcelo Bielsa quadrant with the Leeds United miles ahead of any other Premier League side in both the volume of pressures and the effectivity of pressures applied.

Southampton and West Ham have also sneaked into the quadrant and no surprise David Moyes and Ralph Hasenhuttl’s sides are doing amazingly well.

Here is a look at summary of pressing data for all the teams as on date: 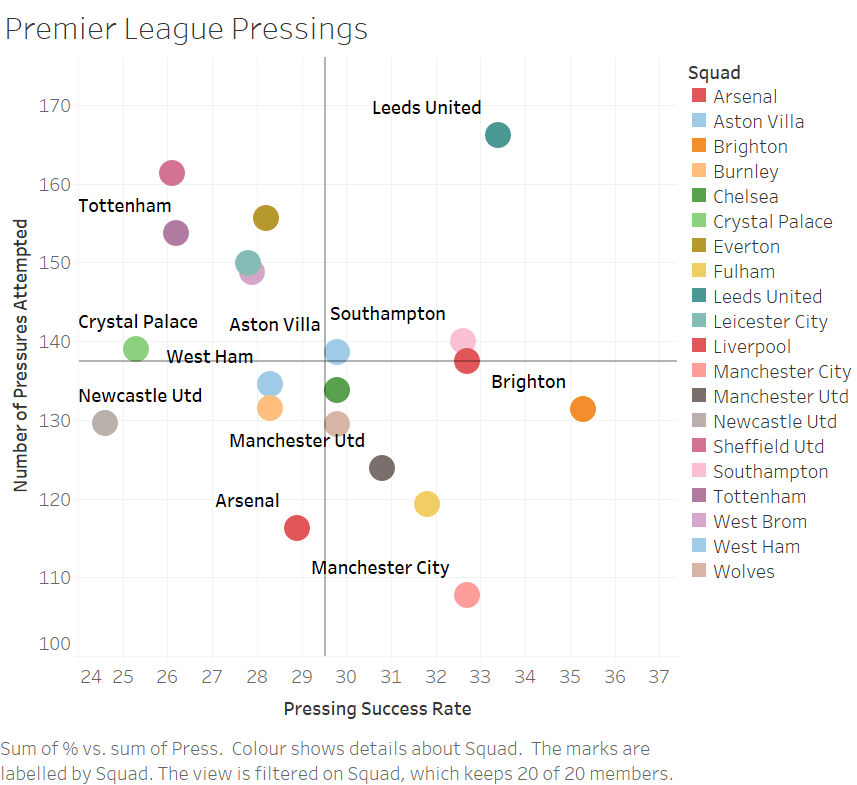 Jude Soonsup-Bell, the light of new hope at Stamford Bridge!
Why Riqui Puig on loan to Leeds could be a perfect move!
To Top