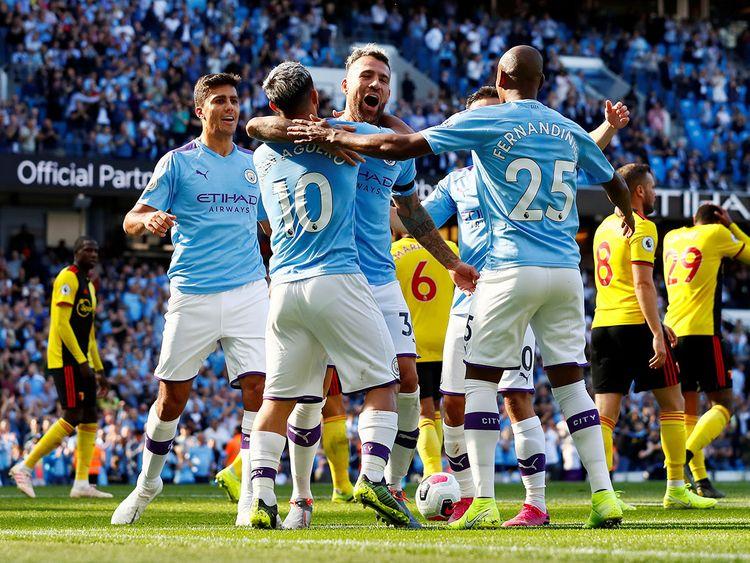 Drama, tension, thrills, intensity and surprises were less short in the sixth round of matches in the Premier League.

Tottenham Hotspur recorded yet another shock defeat as they were gunned down 2-1 by Leicester City. Spurs took the lead before the half-time through Harry Kane, as the England international scored his fourth Premier League goal this campaign.

After the recess, Serge Aurier saw his goal disallowed after a lengthy VAR check. Ricardo Pereira wasted no time drawing the Foxes level. The right-back converted from close range after Jamie Vardy had done the hard work.

As if that wasn’t enough, James Maddison netted the winner with five minutes to go with a stunner from outside the box.

Manchester City were rampant playing against Watford at the Etihad Stadium. The Citizens were leading with five goes after 18 minutes as they tried to recover from the loss to Norwich .

Ole Gunnar Solskjaer witnessed his Manchester United team hit another low in the Premier League as they lost 2-0 by West Ham .

A goal in each half by the Hammers means there the Red Devils have failed to beat West Ham at home for three seasons in a row now.

The win also moves Manuel Pellegrini’s side into sixth, seven points behind leaders Liverpool and 3 above Manchester United.

Arsenal returned to winning ways as they overcame a scare from Aston Villa to win 3-2. The Gunners were a man down and a goal down as well but goals from Nicolas Pepe, Calum Chambers and Pierre-Emerick Aubameyang saw Unai Emery’s side overturn the first half deficit.

Having won 5-2 away against Wolverhampton Wanderers in the previous gameweek, Chelsea lost 1-2 to Liverpool.

The Blues conceded from two set-pieces in the first half as Trent Alexander-Arnold and Roberto Firmino gave Liverpool a two goal lead. In between the goals was a disallowed Cesar Azpilicueta goal. The goal was overturned as Mason Mount was caught in an offside position during its build up.

An individual brilliance from a fully-fit Ngolo Kante led to Frank Lampard’s side pulling one back as they continued to press for an equalizer.

Jurgen Klopp’s men kept their composure to secure all three points. The win stretches Liverpool’s unbeaten start to the 2019/20 Premier League season. They lie on top of the table with 13 points, five ahead of second-placed Manchester City.

HERE ARE THE RESULTS FROM THE PREMIER LEAGUE MATCHDAY 5: