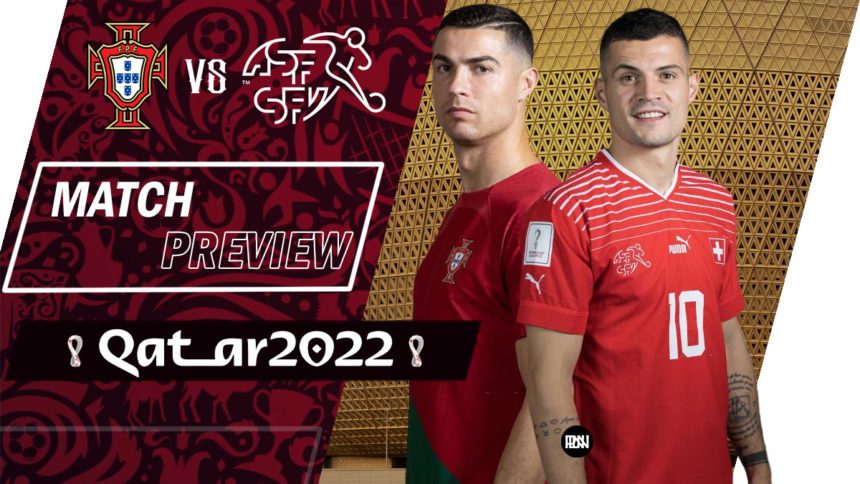 The group stages of the World Cup have ended as the top two teams from each group look to battle it out and clinch a place in the final of the prestigious tournament. Despite a 2-1 loss against South Korea, Portugal finished as group winners of Group H with 6 points. A 90+1 winner by Wolverhampton Wanderers striker Hwang Hee-Chan was enough to seal the win for the South Asian side as it helped them clinch a place in the round of 16 just ahead of Uruguay on goals scored. Cristiano Ronaldo’s side were impressive throughout their three games in the group stages and will want to continue their good form as they face Switzerland in their round of 16 ties.

The Swiss finished second in their group consisting of group winners Brazil, Cameroon, and Serbia. With 6 points, they finished level with Brazil on 6 points separated by goal difference. Coach Murat Yakin’s side would have surprised a fair few with their performances as they managed to go through to the Round of 16 on points with the Selecao and put on consistent performances in each of their 3 group games. They won their last group game 3-2 against Serbia which clinched their place in the last 16 as Remo Freuler, Breel Embolo and Xherdan Shaqiri were on the scoresheet for the La Nati. This round of 16 tie between the two will definitely be an interesting watch as both the teams have been solid in their performances so far and it will be an interesting tactical battle between Fernando Santos and Murat Yakin as the duo use a similar 4-2-3-1 system for their respective sides.

Fernando Santos made 6 changes to his starting XI last time out handing a debut to 19-year-old highly rated defender Antonio Silva who replaced Ruben Dias in the starting XI giving the latter a rest. Nuno Mendes’ World cup campaign came to an end during the game against Uruguay as the Paris Saint Germain left-back picked up an injury. Danilo Periera and Otavio will also miss out as they nurse their respective injuries.

Switzerland will be hoping Yan Sommer passes a late fitness test to start the game as the goalie missed the last game due to illness. The rest of the Swiss team is expected to be unchanged with Granit Xhaka accompanying Remo Freuler in the double pivot ahead of the defense and Breel Embolo leading the line.

Switzerland should adopt a more defensive-minded approach to the game similar to the Brazil game which saw them defend with a low block and attack on the counter. The pace of Xherdan Shaqiri, Djibril Sow, and Ruben Vargas caused the Selecao a fair few problems during transitions even though they managed to keep them at bay. The Swiss have averaged 47.6 percentage of possession throughout their group-stage games allowing the opposition to have the ball and capitalizing on fast counterattacks and transitions to score.

The Portuguese cannot afford to play like they played last time out against South Korea as they were left exposed to counterattacks which led to the Asian side scoring the winner in the dying stages of the game. The Swiss threat on counterattacks would mean Fernando Santos will have to make a few defensive tweaks to his side’s game plan. Raphael Guerreiro could replace Diego Dalot in the starting XI after the latter’s poor display against Heung Min Son on the right wing. Joao Cancelo could play in his usual right-back role instead of the left-back role to accommodate Guerreiro who is a better fullback defensively and can marshal Shaqiri well. Santos might revert to a 4-2-2-2 used against Ghana on the opening match day which provided balance to his side and gave freedom to the likes of Bruno Fernandes and Joao Felix in the final third. William Carvalho and Ruben Neves have been rock solid in the middle of the park and the latter’s deep-lying playmaker role provides an added advantage to break down Switzerland’s defense to find Cristiano Ronaldo up top and pave an easier route to the opposition box.

Bruno Fernandes has been his side’s star performer with 2 goals and 2 assists in 2 games for his nation. Having endured a difficult season at Manchester United, the midfielder has found his feet with his national team and will want to continue his form to ensure Portugal progress to the quarter-finals.

Granit Xhaka will marshal the midfield for the Swiss as the midfielder continues his impressive form since the start of the season. He has been the engine of the midfield for Murat Yakin’s side this tournament and will be a player to keep an eye out for.

Bernardo Silva has been a key player for Fernando Santos as his ball-carrying ability has helped his side break the opposition press very often. The Manchester City midfielder will be hoping to start the game and orchestrate the build-up for his side alongside compatriot Bruno Fernandes.

Ruben Dias has been Portugal’s leader from the back alongside veteran Pepe as the duo have marshaled the defence well and conceded just twice when they have started together. The 25-year-old has been a threat during set-piece situations and will be a key player for his side looking to man mark Breel Embolo during the game. He will be up against Manuel Akanji who is his Manchester City defensive partner. Akanji has played a similar role as Dias for his side being the leader from the back and his ball-playing ability has helped the Swiss build-up play from the back. 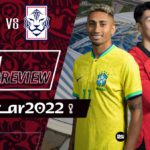 What next for Arsenal without Gabriel Jesus?
Leave a comment