Euro 2016 finalists Portugal and France will go neck to neck again on Wednesday night as both teams look to book a place in the last 16 of UEFA Euro 2020, and given their latest performances, this could be a treat for the neutrals.

While Portugal’s vulnerabilities were exposed by Germany in a 4-2 loss, France had to come away with a point against Hungary, who made life incredibly tough for Les Bleus. It is hard to pick a winner here but given that France only needs to avoid defeat to go through to the knockout stages, the onus would be on the Euro 2016 Champions to show their class against the French again.

RONALDO & CO NEED TO UNDERSTAND WHAT IS AT STAKE:

Portugal’s talisman looked like a helpless figure up front against Germany, and it was not a pretty picture. Portugal looked disorganized, and they lacked an identity. Before the start of the tournament, a lot of people boasted about Portugal’s strength in depth in the forward line, and to everybody’s surprise, it has become their own doom.

While there is nothing wrong with playing Danilo Perreira and William Carvalho in midfield, Portugal cannot afford to have all four of Bruno Fernandes, Diogo Jota, Bernardo Silva, and Cristiano Ronaldo playing together in the same team, at least not against the big teams. When you have substantial possession in your favour, there is no problem playing with that formation, however, their midfield is not strong enough to hold its own against top teams, something Germany showed on Saturday evening.

Ruben Dias also needs to be far more assured at the back and needs to come out of his Manchester City-like shell. At City, the 23-year-old was used to controlling the game, but his performance against Germany showed that he is a wayward player without the ball and can easily be targeted. The positive for Portugal, however, has been the resurgence of Renato Sanches who has been a super-sub in both games and needs to start the game against France.

Unlike Bruno Fernandes and Bernardo Silva, Sanches has the drive and defensive stability to play in a midfield three, something they are going to need desperately against Didier Deschamps’ men. Cristiano Ronaldo has shown that he is still the main man for Portugal, and a proper front three complemented with a balanced midfield three will be key to defeating France on Wednesday.

Fernando Santos was extremely pragmatic at Euro 2016, and he perhaps needs to get some of that back because his full-fledged attacking methods do not bode well for Portugal, who are hoping that they can retain their title this year.

The Portuguese will continue to be without Joao Felix (hamstring) and Nuno Mendes (thigh), as both players look to recover from their respective injuries but apart from that, Fernando Santos will have a plethora of options to choose from for the game on Wednesday night.

Portugal Player to watch out for vs France:

4 goal involvements in 2 games, Cristiano Ronaldo, will be hoping to add to his goal tally when his side meet the French on Wednesday, and if there is one thing everybody knows about him, he steps up when his side needs him the most, and Portugal will be relying on his brilliance yet again to get them safely through this group.

FRANCE NEED TO PRODUCE THEIR BEST PERFORMANCE AGAINST PORTUGAL:

Les Bleus’ first game of the tournament against Germany showed what they are made about as Kylian Mbappe ran the show alongside Paul Pogba, who quite possibly had his best game in the national jersey since the 2018 World Cup final.

However, something fell apart against Hungary as they were chasing the game, and it took 65 minutes until Antoine Griezmann equalized for Les Bleus. Until then, France created few opportunities, but they were not as comfortable in midfield as it was becoming too easy for the burly midfielders of Hungary to dispossess Pogba while N’Golo Kante was doing the best he could. Adrien Rabiot was weak on the ball and was eventually brought off for Ousmane Dembele. Pogba was also replaced by Corentin Tolisso as France tried and tried to open the Hungary defence for the second time in the game but could not find the winner.

This, although not crisis-worthy, would be a slight worry for Deschamps, who knows the might of the current Portuguese team and understands that his side will have to score first if they are to hold a firm position in the game. It is not in France’s nature to play for a draw, and thus, it will be a problem if they are left outnumbered at the back as Portugal will not think twice about counter-attacking this French defence. However, if France play to their strengths, there is no team in the world currently who can outplay them in a one-off game.

It is also important to understand that although France are the leaders of the group, a loss against Portugal could lead to them being 3rd in the Group as Germany could top the group should they win their game against Hungary.

Didier Deschamps has a lot to think about, and rather than tinkering with his squad, he needs to come up with a comprehensive game plan as he knows that Portugal will be playing for their lives, and it will be a mighty task to avoid a loss, come Wednesday night.

Ousmane Dembele, who came on as an impact substitute against Hungary in the last game, was pulled off due to a knee injury and will miss the game against Portugal. Benjamin Pavard is also a doubt for the game as Deschamps would not want to risk the player’s head injury while Jules Kounde could also easily deputize for the player.

France Player to watch out for vs Portugal:

France’s prodigy and unreal forward, Kylian Mbappe, will need to come up with the answers against Portugal, and he will be motivated to do so after he missed out on scoring against both Germany and Hungary in the last two games. France needs to produce their best performance, and if Kylian Mbappe is on long on Wednesday night, there is very little the Portuguese defence could do to stop the marauding winger. 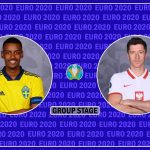 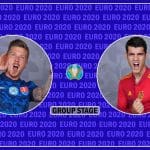