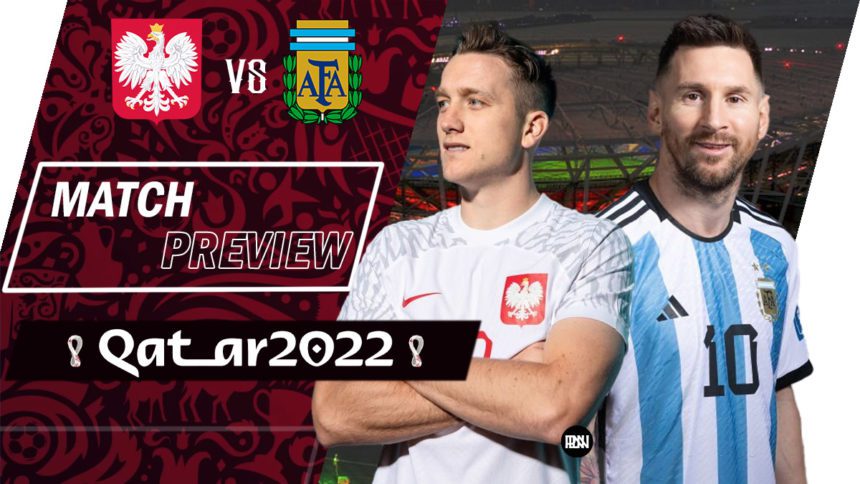 It’s the final game in Group C, as Poland faces Argentina with both sides chasing a spot in the top two and a place in the Round of 16.

After a shock defeat against Saudia Arabia in their opening game, Argentina bounced back big time with a 2-0 win against Mexico. Lionel Scaloni’s side looked poor in the opening stages against their South American opponents, but utterly dominated the second 45. Goals from Lionel Messi and Enzo Fernandez were enough to see Argentina over the line, with a tough prospect against Polan to come.

Poland are in pole position to advance to the knockout stages. Czeslaw Michniewicz’s side, was underwhelmed in their opening game against Mexico before Robert Lewandowski burst to life against Saudi Arabia, helping Poland to pick up all three points, as they sit atop Group C with four points in the bank.

Wednesday evening’s game is a tough one to call, Poland are looking most likely to top the group with just one game left – however, Argentina do come into this fixture as favourites. If they walk away as winners, and either Saudia Arabia or Mexico win as well, Poland could be on an early flight to him.

Both sides will be fighting with full-strength squads tomorrow night, with no new injury news or suspensions to worry about.

Argentina boss Scaloni might opt for a change in midfield, with Rodrigo De Paul under criticism for recent performances. The Atletico Madrid midfielder has been a key man for his national side, but has struggled to acclimatise to the World Cup environment. With a place in the final 16 at stake, will Scaloni continue with his underperforming man?

The first game of the group stages saw just how vulnerable Argentina can be when you play on the front foot. Last weekend, we saw Mexico stand-off and struggle to get on the front foot, which Argentina capitalised on. They dominated the game and created by far the better chances. Even so, it took two incredible efforts to beat Ochoa. It’s clear that this is an attack that isn’t firing all cylinders just yet, there were significant improvements in their 2-0 win, but they will need to step up again if they want to beat Poland.

If you didn’t already guess, Messi is key to everything that Argentina produces, he makes them tick, he creates chances and he scores them too. If I’m Michniewicz, I’m telling each player to do all they can to stop Messi. Against Saudi Arabia, he was shut out of the game and Argentina really struggled to get going, but Mexico gave him time and space and he punished them, picking up a goal and an assist. It’s not easy to stop a seven-time Ballon d’Or winner, but Poland have got to try.

In their last game, Poland set-up in a 4-4-1-1 formation, with Arkadiusz Milik playing behind Robert Lewandowski. This meant the Eagles were more effective going forward but they didn’t have as much control in midfield. In both of Argentina’s goals last weekend, Messi picked up the ball from just outside the box, before passing the ball inside or shooting at the goal. This leaves Michniewicz with two options, play with two holding midfielders and sacrifice the other striker and the attacking output, but clog the midfield, or play a more forward-thinking formation, increasing their attacking presence but giving Messi the freedom to operate outside the box. Poland have struggled in attack so far in Qatar, so going for the more cautious approach could be wise in seeing his side into the final-16.

PREMIER LEAGUE PLAYERS TO KEEP AN EYE ON

Someone has to help unlock this Poland attack. The Eagles have two excellent forwards in the shape of Lewandowski and Milik, but neither are receiving any real support from those around them. Lewandowski finally found the scoresheet last weekend after a mistake from Saudi Arabia but was limited with the lack of chances from his teammates. That is aside from one player, however. Matty Cash looked excellent against Saudi Arabia, most notably his work in the build-up to the first goal. Frankowski won the ball high-up the pitch and was able to slip through a sprinting Matty Cash. The Aston Villa man hit the ball perfectly into the box for Lewandowski who managed to tee up Zielinski to fire home.

Playing with a finisher as good as Lewandowski you just need to give him the service and he will deliver. This Poland side seems void of any creative masterminds, but Matty Cash does have the ability to get forward and create chances whilst also offering the needed defensive support. If anyone can help get the best out of Lewandowski, then he can.

The Man United defender wasn’t picked to start the game against Saudi Arabia, but after the opening day defeat has was dragged straight back into the line-up against Mexico and it’s clear to see why. Martinez is proving to be one of the World’s best centre-backs this season. He’s not the most aerially dominant but is excellent at solidifying the backline and winning back possession.

Argentina need to play on the front foot against Poland, they have to get forward and outnumber their opponents who will naturally sit deep to preserve their place in the final 16. This could leave them vulnerable at the back and it will be Martinez alongside Otamendi who will be required to sit deep and limit any opportunities Poland may get. His size could be an issue, especially going up against someone as talented as Lewandowski, but his Argentina’s best chance of keep Poland at bay. Against an attack that has flattered to deceive so far in Qatar, it might just be Martinez’s and Argentina’s lucky day. 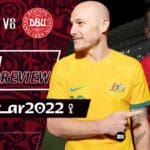