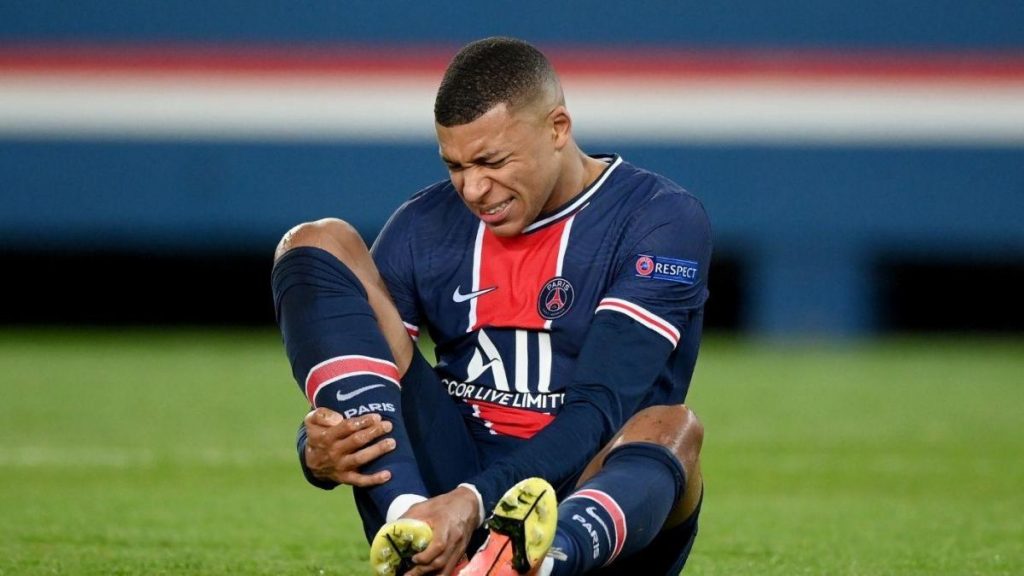 Mauricio Pochettino has a bit deficit to overcome after his side trailed 2-1 at the Parc des Princes, and French journalist Saber Desfarges provided the latest update on Paris speedster.

Taking to Social Media, he insisted that Mbappé still feels the pain in his calf and trained alone ahead of tonight’s clash. Though he also admitted it’d be difficult for PSG and Mauricio Pochettino to deprive themselves of his services tonight.

His tweet translates to: “A separate training and then care last night for Kylian Mbappé. The player still feels pain in the calf. Getting him to play would be a risk for the rest of the season. But difficult to do without for such a crucial match. This is Mr. Pochettino’s dilemma.”

Risking Mbappé will be a big call for Pochettino, as PSG also have an enthralling three-way race for Ligue 1 title with Lille leading the line. Any minor knock to Kylian could end up costing PSG not only the Champions League but also the Ligue 1 title.