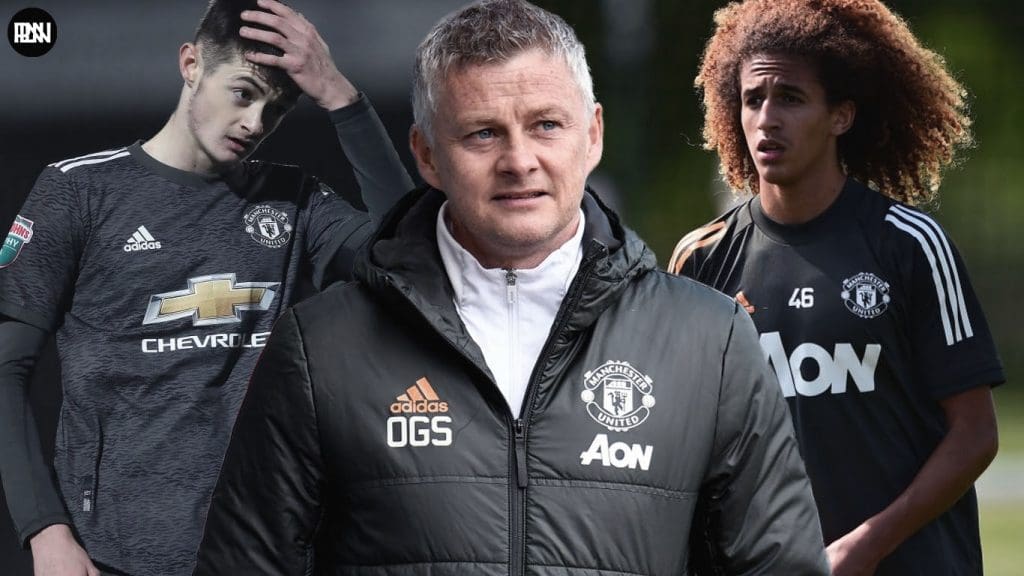 The new Premier League season is almost upon us, with just over a month to go until the very first game of the 2021/2022 Premier League season is played, on 13th August 2021. As the date inches ever closer, each of the 20 clubs are active in the transfer window to strengthen their squad ahead of the newest edition of the PL. Fans are more than excited to welcome back club football, and see their favourite teams play after more than two months.

Manchester United finished the 2020/21 season second, a fair distance from champions and rivals Manchester City. The Red Devils will be eager to get the new season underway, as they look to challenge for the title, a title they haven’t won for the last eight seasons. They are gunning for their 14th PL title and will be hoping to hit the ground running. They have a strong squad and are hoping to add to its quality and depth with a few more signings.

But for all the newcomers, there always are lads already in the squad with a chance to impress, and as Manchester United prepare for their pre-season, here are few names to lookout for:

Many have written off his chances and future at Man United, but he is capable of being one of the best players on the team. Donny had limited chances in his first year at Old Trafford, with manager Ole Gunnar Solskjaer preferring Fred and Scott McTominay in the midfield over him. However, the Norwegian has insisted that he has full faith in the 24-year-old midfielder, and has said that he will get more chances next season.

If the club are able to sign a defensive midfielder, that will give Solskjaer the chance to rotate his team more, thereby giving the Dutchman more chances in the team.

Although he did not play much last season, I still see him as one to watch out for in the next season. He has a chance to prove his worth in the pre-season, with Fred, McTominay, Paul Pogba, and Bruno Fernandes all involved in international tournaments, and not expected to be involved for the club anytime soon. Van de Beek is a brilliant player, as is evident from his time at Ajax and Solskjaer will be hoping he performs on the same level for United.

Elanga burst onto the big scene at the end of last season, after having impressed for the United Academy. He was one of the best Academy players of last season, and he was rewarded by getting a chance in the first team. He made his debut against Leicester City at Old Trafford and started the last game of the season against the Wolves, scoring a beautiful header to get his first senior goal for the club.

The Swede is highly rated by United Academy coaches, and he will no doubt feature in the pre-season for the club, having already reported to Carrington for training. He is already hard at work, showing off his gym conditioning on social media.

The 19-year-old will get the chance to play at Old Trafford in front of a strong crowd in the preseason and he will hope to take his chances to put his name in the hat for a spot in the team.

Tipped to be the “next Michael Carrick” by manager Ole Solskjaer back in February 2019, Garner is seen as a long-term solution to United’s midfield problems. He had two stellar stints in the Championship with Watford and Nottingham Forest last year, particularly impressing pundits and fans alike from his time at Forest.

Garner made 20 appearances for the club, scoring 4 goals in the process.

Nick Cox, United’s head of Academy, said that he had “obvious similarities” to Carrick. Garner has the potential to make it to the very top, and this pre-season will give him a chance to show Ole that he is capable of playing for the first team, although he may be sent out on loan yet again for more playing time.

Everyone at United admires Garner and will no doubt want him to gain as much experience as he can before stepping into the first team.

The Uruguayan winger joined United last summer and featured for the U23s before being sent out on loan to Deportivo Alaves in the La Liga. He has yet to make his United senior team debut, despite joining just under a year ago, with COVID robbing him of that opportunity. He made 12 appearances for the Spanish club but failed to provide any goals and assists. Pellistri scored 2 goals and assisted one in the Premier League 2 division for United U23s. He has been praised for quick agility and vision and he will want to show his talent in the pre-season before boarding the flight to another probable loan.

The 17-year-old striker was seen training for the club as the pre-season looms closer, and will be in contention to start. He had a brilliant first season for the club in the youth setup following his move from Sunderland, scoring 16 goals with 10 of those coming at the u23 level. He is considered as one of United’s brightest prospects, with fellow Academy striker Charlie McNeill, although the latter has yet to make the jump to U23s, playing mainly for the U18s as of now.

Hugill had a disappointing end to the season, with form taking a hit and injuries ruling him out. He will want to shake that off and hit the ground running again, starting with the pre-season. He is one for the future, and United fans are watching his progress eagerly.

With most of United’s first-team midfielders away on international duty, Mejbri will be looking to make an impact and impress Ole Solskjaer.

Hannibal made his first appearance for the senior team at the end of the last season, coming on as a substitute against Wolverhampton Wanderers in the last game. He has many admirers and has been tipped to be a midfield great. He has the flair and the talent to take the world by storm and has the chance to showcase his talent in the preseason.

Ben White and William Saliba, both good options for Arsenal, but how do they compare with each other?
Meet Harry Kane’s stunning wife, Katie Goodland
To Top