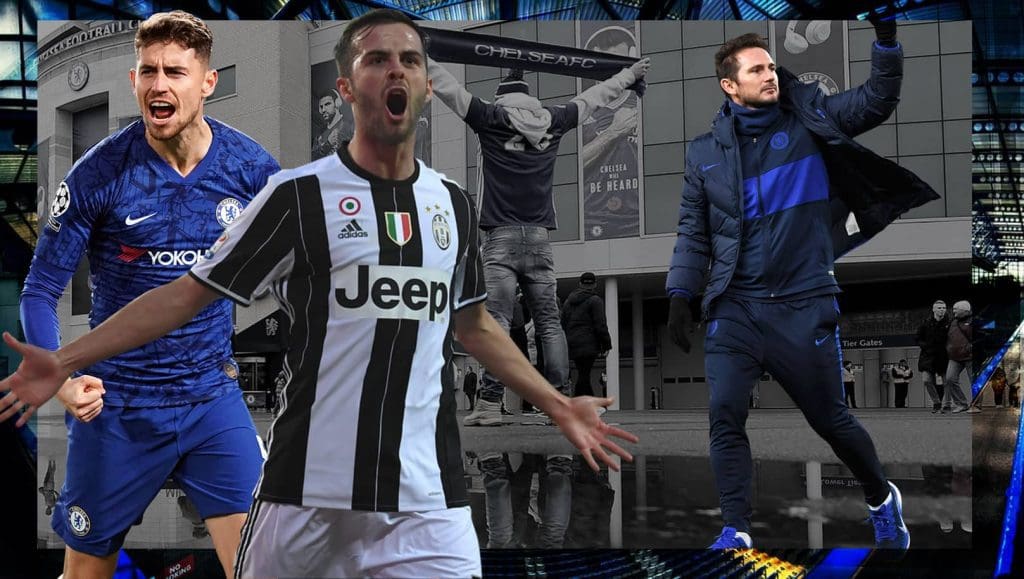 Ex-Chelsea boss is looking at bringing Chelsea midfielder Jorginho to Juventus in a swap deal that would see Miralem Pjanic on his way to Stamford Bridge.

Maurizio Sarri had signed the Italian Jorginho when he was at Napoli and brought him to Chelsea. He is now hoping to bringing the midfielder to Juventus and play as the ‘regista‘ in Sarriball.

Miralem Pjanic had entered the Serie A in 2011, leaving Lyon to sign for Roma. In 2016, Juventus came for him and since then he has made 167 appearances for the Old Lady, winning three league titles at the club and was named in the Serie A Team of the Season for four consecutive seasons.

The Bosnian was the main creative spark at Roma and his time at Juventus but has had a difficult time adapting to Sarri this season. He has a contract till 2023 with the club and Sarri is not too convinced with the 30-year-old.

Chelsea have enough playmakers in their eleven, Kovacic, Mason Mount, Billy Gilmour, Loftus-Cheek and the signing of Pjanic will not give them an added advantage. The will be losing out on a valuable holding midfielder and only increasing competition in the attacking midfielder spots.

Reportedly Barcelona are offering Brazilian midfielder Arthur in exchange and Paris Saint-Germain too want Pjanic and are offering Leandro Paredes in a swap deal. But Sarri is looking to reunite with Jorginho again and the Bianconeri are willing to swap Pjanic in the deal.

Jorginho was signed by Chelsea in 2018, on a £50m fee from Napoli, to help Sarri setup his style of play at Chelsea. Playing with a regista in midfield meant making Kante play much higher up the field than he was used too, and while many fans were not to pleased with the decision, it slowly began to pay off. Chelsea finished third in the league and went on to win the Europa League, with Jorginho playing a pivotal role in midfield.

Jorginho was highly criticized for his bad form in the start of the season but he has since picked up seven goal contributions playing deep from midfield. But he is not a creative playmaker at Chelsea, he acts more as a pathway between the defenders and the forwards, carrying the ball forward and spraying out wide passes. He drops back when required to act as extra protection for the defenders.

While the swap would be a brilliant deal for the Bianconeri, it does not make much sense for Chelsea. Pjanic is 30 now and clearly past his prime. He plays in a more attacking role as opposed to Jorginho, as a creator but his assists and goal contributions per season have been constantly on the decline.

It’s no wonder that Sarri is eager to get rid of the Bosnian, but Lampard will not be easily tempted. Jorginho had a good season so far and the Blues will resist any attempts from Juventus towards their player.