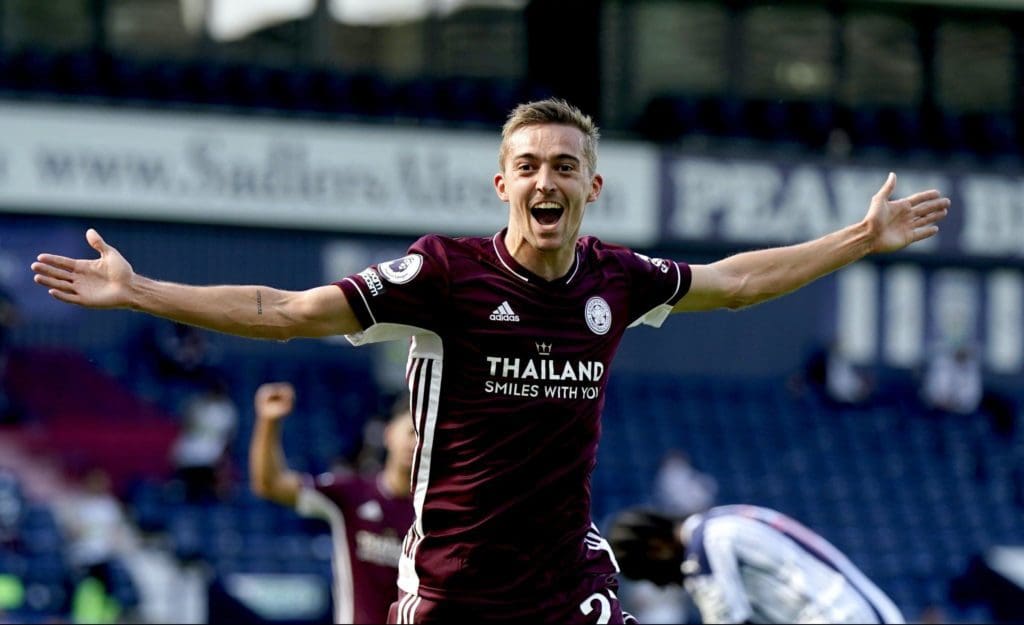 Gameweek 3 was once again full of goals, with only Leeds & Aston Villa being able to keep a clean sheet. Defenders haven’t been able to get managers as many points so far this season. And with Top Defenders like Trent Alexander-Arnold, Andy Robertson and Benjamin Mendy all costing an arm and a leg. It is impossible to have two of these top defenders without depleting funds that could otherwise be used for players further up on the field.

There is one full-back however who has been in fine form since his arrival into the Premier League, Timothy Castagne. The Leicester player has been involved in more goals than any other defender this season.

Castagne is a great option at £5.6m he seems underpriced for his value and can see his price going further upwards if he continues the way he has started. He has earned the most points out of any other Defender so far this season 8 points ahead of Everton full back Lucas Digne. Castagne is a coup for his price and is the sort of investment that will not cost you as much if he doesn’t keep up his superb form.

Replacing Alexander Arnold or Digne with Castagne might seem like a bold move and a very risky investment, but based on current form such a transfer will only help the overall squad. With teams finding it difficult to keep clean sheets, the Liverpool Defenders seem like a steep investment.

The Price difference is huge when you compare Castagne with players that have scored close to the same number of points that he has, Digne is £6.1m and Andy Robertson costing an incredible £7.0m. The risk return ratio is pretty high when it comes to Castagne, & with FPL managers ready to risk £7.5m on Alexander Arnold taking a chance on Castagne might just pay off at almost £2.0m less.

Replacing one of the more expensive defenders for Castagne will help free up funds so that managers can then strengthen other areas of the field especially midfield where the top options seem very expensive. The extra funds might be just what you need to strengthen the midfield allowing you to have Salah & Fernandes both while also allowing you to keep other picks like Son and Rashford.

With Vardy hitting top form as well, after his hattrick against Manchester City, it seems like he will be in contention for the Golden boot again this season. And his partnership with Castagne is already flourishing. Castagne provided Vardy the assist for his second goal against City and that combination can bring more points in the future.

Timothy Castagne has contributed to more goals and assists combined this season than any other defender. While he also has a clean sheet under his belt which means more points for managers. Castagne has not picked up a single card this season which is incredible for a defender, which means he rarely has points deducted from his performance. He has also only conceded 1 foul in three games. He also puts in crosses into the box, always keeping him in contention for an assist.

He has already created two assists and he also scored on his debut for the Foxes, and while FPL managers were not fully aware of his potential at that time, now seems like a great time to bring him in with Leicester having very favourable fixtures in the upcoming gameweeks. The Foxes face West Ham (H), Aston Villa (H), Liverpool (A), Brighton (H) in their next four games.