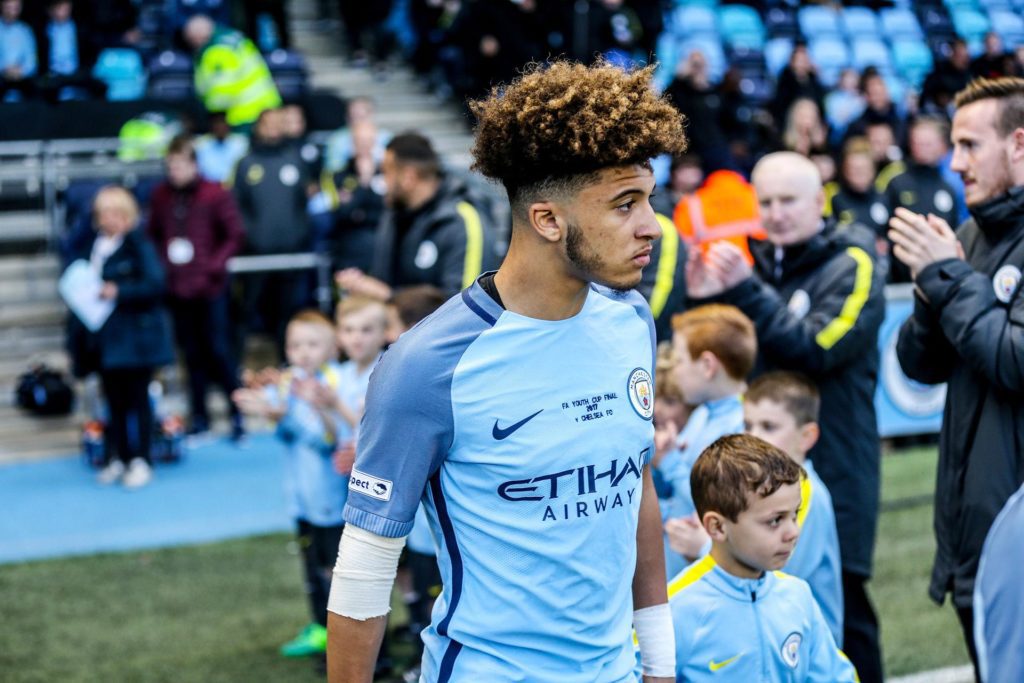 Pep Guardiola has dismissed talks of a possible return to Manchester City in the summer for Jadon Sancho.

Sancho left the Manchester club for Borussua Dortmund in 2017, after coming through the youth ranks at City.

At Dortmund, the 20-year-old has become a regular starter for the German side, and has carried the team on his shoulders in a number of occasions.

The winger has now been linked with a potential return to the Premier League, with the red side of Manchester said to be the leading candidates for his signature, while Chelsea are also credited with an interest.

With Leroy Sane on a move to Bayern Munich, there could be more reasonable reason for Guardiola’s side to strengthen their pursuit of the England international, but the Spaniard appears not interested.

Guardiola said: “No, no, no. He decided to leave. Why should he decide to come back?

“We wanted him to stay like Eric Garcia and Phil (Foden) but he decided like Leroy now and myself, when I decided to move to other countries to be a manager, to move.

“When he decided to move to Dortmund it’s not because he is going to decide to come back one year later. It would make no sense. He didn’t want to be here, so that is why I think he doesn’t want to come back here.”

However, the former Bayern boss has admitted some departments in his team would need to be reinforced to get them back to challenging.

City have surrendered the league title to Liverpool after winning it twice in succession.

The Citizens failed to get a replace for former player Vincent Kompany and with David Silva’s contract also up at the end of this season, Guardiola has extra reasons to call for reinforcements.

The boss said: “It’s part of the process. We’d like to stay with the players who gave us what they did for the last decade, those of the last 10 years to be eternal, but we grow in years and sometimes we have to do it and replace them with new players.

“For the absence of Vinny, David – and Fernandinho and Sergio (Aguero) have one year left, and I don’t know if they will extend or not – some players have to be replaced.

“But it’s not a disaster thing, or bad thing, it’s part of football for the age, for the normal situation and circumstances.”

City will host Liverpool at the Etihad Stadium on Thursday in what is expected to be a crunching contest, despite the title race being over.