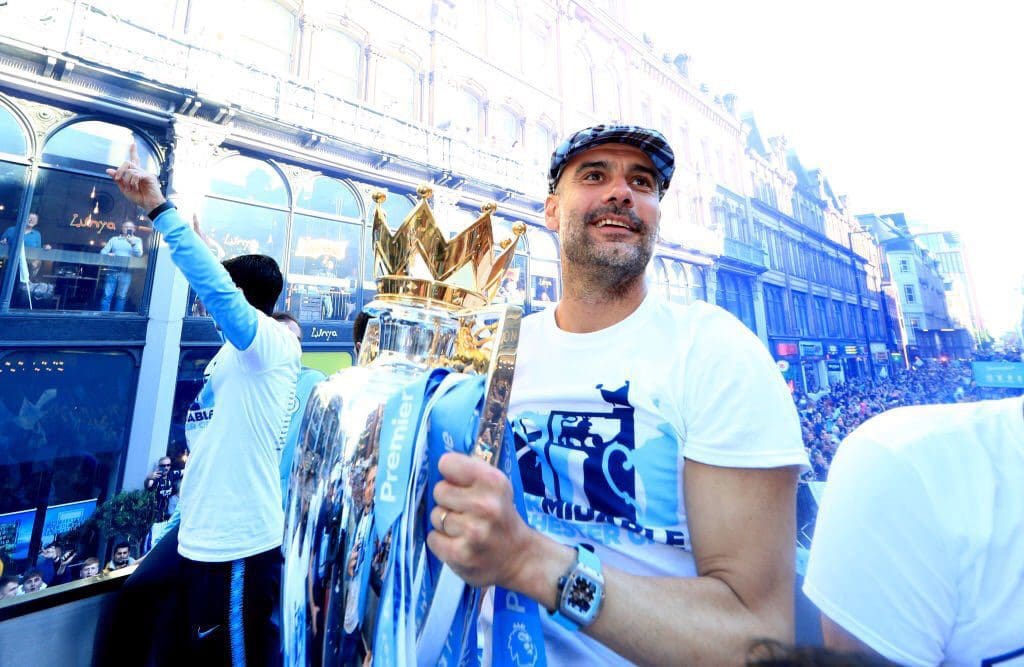 10 trophies in 5 years, Pep Guardiola’s time in England is as successful as they get with the Spaniard securing his 3rd Premier League title out of the last four years. So much has changed since Guardiola first took over in July 2016, but something that has not changed ever since his Barcelona days, are his tactics and his coaching methods.

If you fit the method, you are in. If you disobey, you know where the exit door is. While not a lot of players exercised the latter choice, Guardiola’s management of an exuberant Manchester City squad over the years has been admirable and the Spaniard is the biggest reason for their glorious success in the half-a-decade he has been at the club.

This has also led to City securing a place in their first-ever UEFA Champions League final, which was the ultimate goal when the club brought in Pep Guardiola. Now that they are there, it will be Guardiola’s success more than anybody else’s if he does lift the trophy because he has received a lot of slack and criticism when he has failed at the penultimate stages.

To doubt the ilk of somebody who has won 115 Premier League games out of a possible 149 in the last 4 years is ludicrous and insulting. While a lot of people will argue that he has spent the most money in Europe, Guardiola has the trophies to back it up, and winning the Champions League will certainly justify it. One of the Spaniard’s most famous quotes in his time at the club came, in fact, this season when he said ‘You spend a little money, you win one trophy. You spend a lot of it, you win multiple trophies‘.

One cannot argue with this ideology because Pep Guardiola has proved this theory as his main counter-part in Jurgen Klopp in the last 5 years. While Klopp can claim that he has won the Champions League, league success has not come easy for Liverpool, something Manchester City consistently win, including the domestic trophies. Klopp, on the other hand, neglects the domestic trophies because of a lack of squad depth and his inability to function without a consistent starting XI.

This is where Guardiola has won the race as compared to his compatriots. He has adapted brilliantly and this season is the perfect representation of that. An old tactic from Alex Ferguson’s book: ‘Attack wins you games, defence wins you titles’. While Guardiola believed otherwise for the longest time, something changed this season.

After Manchester City were 12th in the League two months into the season, Guardiola’s priority was to not let in the goals anymore because he knew that his attack would always score the required goals to win a game. While players like Sergio Aguero and Gabriel Jesus were used minimally this season, Phil Foden, who Guardiola nurtured since his first year at the club, stepped up to the plate and showed his quality. However, what was most impressive is the way 23-year-old Ruben Dias brought a sense of stability to a side that already had so much experience in their ranks. Dias along with the resurgent John Stones shored up the backline and City were flawless and close to perfection yet again.

Ruben Dias is also a very accurate example of Guardiola’s excellent eye for transfers. The crucial part is not the existence of a treasure chest, what is more, important is how you utilise it to improve your squad. Clubs like Chelsea, Liverpool, Manchester United, Real Madrid, Juventus, Barcelona have all spent big over the years but the reason they do not have the squad Manchester City does is because of Guardiola’s keen eye for transfers. Pep Guardiola would never sign an Eden Hazard or Antoine Grizemann for exorbitant money because he sees no return there. Similarly, Guardiola would always prefer a Ruben Dias over a Harry Maguire because there is a genuine sense of quality there.

The only signing that can be remotely called as a failure in Guardiola’s time at City is the injury-prone Benjamin Mendy, who has never been the player he was once at AS Monaco. It can also be argued that Guardiola’s best player in his time at the club was bought half a season before he arrived at the club in Kevin De Bruyne. However, forming a team around him was Guardiola’s job and he succeeded with flying colours.

Another important quality of Guardiola is establishing himself as the alpha dog at City. No player will have ever have more power than the manager at the club and Guardiola has made sure of this as have the City hierarchy. The reason for how this has happened is similar to how Cristiano Ronaldo and Lionel Messi dictate most things at their respective clubs-being the best at what you do. Guardiola is the best manager in the world and nobody can argue otherwise because of his achievements.

Ironically, this is also what makes Guardiola so good at his job. His need, desire, and ambition to win. They have got him multiple trophies in his time at Manchester City and if all goes well in 3 weeks, City will have a Champions League in their trophy cabinet – a first in the history of the club, all down to one man – Pep Guardiola.

Newcastle United vs Manchester City: Match Preview | Premier League 2020/21
José Mourinho wants Ben White at Roma; after he failed to bring him to Spurs
To Top