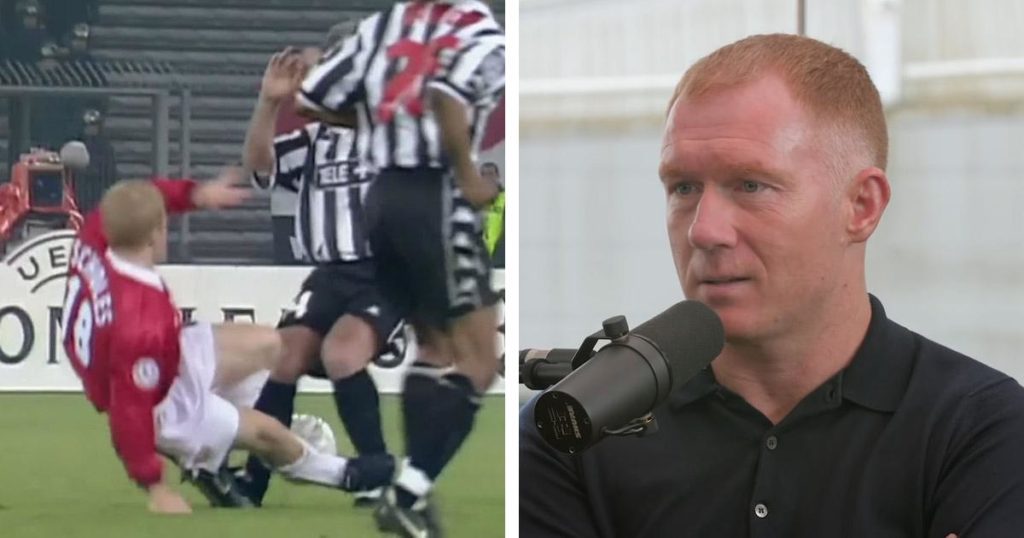 Manchester United great, Paul Scholes missed out on United’s historic 1999 Champions league final win after picking up a yellow card in the return leg of the semi-finals game against Juventus.

The former England international made a tackle on Didier Deschamps which got him booked and meant a suspension penalty where he could not feature in the final game between United and Bayern Munich.

The Red Devils went on to winning the 1999 Champions league with a 2-1 win over the German giants after a dramatic comeback with the club gaffer, Ole Gunnar Solskjaer on the score sheet.

Both the captain Roy Keane and Scholes were suspended from playing the finals as Sir. Alex Ferguson’s side won the game becoming one of the club’s magnificent trophy win.

However, Scholes has fired back to the now France manager for “screaming like a big baby” in order to get him booked. 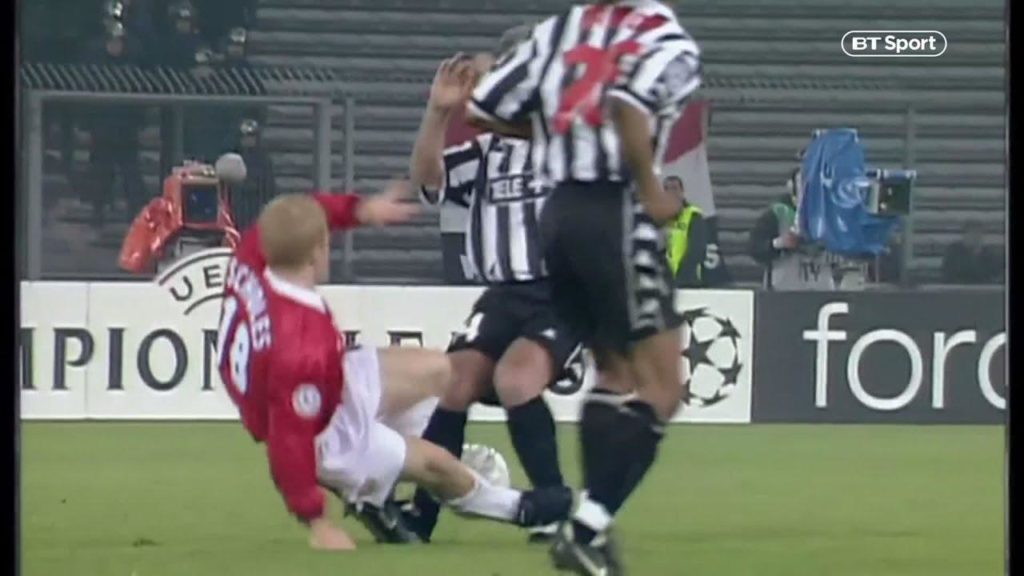 Speaking in an interview with a Goal in One podcast, Scholes expresses how he felt about missing the final, and that tackle on Deschamps, he said:

“You just deal with it don’t you. I was gutted at the time but nothing you can do about it. I tackled Deschamps and I’ve seen it a few times, I don’t think it was a foul to be honest with you. It was right in front of the ref, he screamed like a big girl, like a big baby which didn’t help me”.

He also praised his side’s adaptiveness and capability, he added: “It got me booked and I missed the final but I may not have played in the final, you never know. We had massive games. Big games against Spurs to win the league, the FA cup final the next Saturday and then the Champions League final. I was devastated to miss it, of course I was. Roy was as well.

“But it didn’t matter who was missing, we still had the capability in the squad, someone can fill in and do just as good a job.”