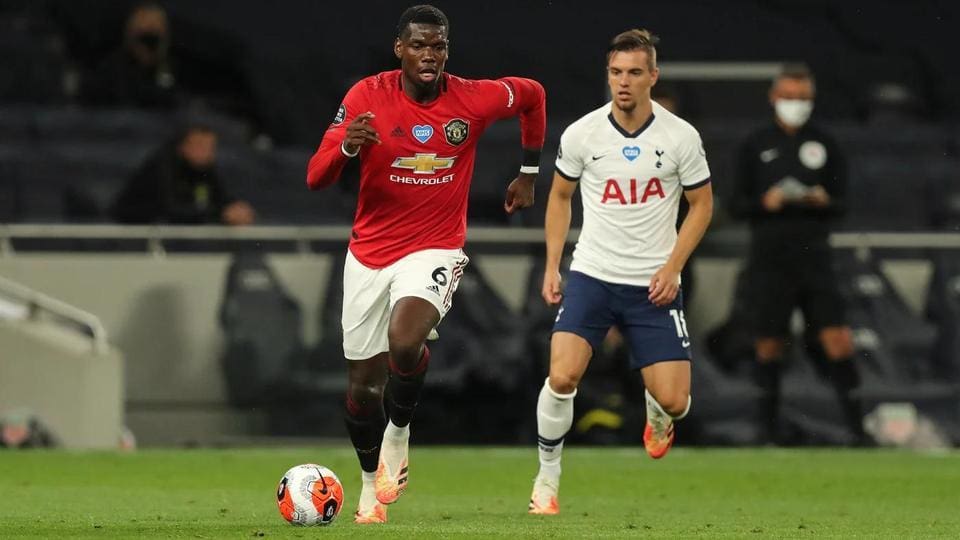 Manchester United played their first game since the return of Premier league matches due to the league being deferred as a result of the Pandemic crisis. The Red Devils played an away game against top four rival Tottenham Hotspur which eventually ended in a draw thanks to goals from Spurs winger S. Bergwijn and United’s playmaker Fernandes Bruno.

The Red Devils were trailing with a goal before the introduction of Paul Pogba in the second half. Before the game, Pogba had already drawn a lot of attention on himself as fans were gearing on his partnership with new signing Bruno Fernandes and also, his commitment in games.

Coming off the bench with around 30mins to go, Pogba’s presence and impact added more balance to United’s game and they were more of a threat afterwards.

After the match, England international and United’s left back Luke Shaw praised the impact of Paul Pogba. The left back opined that it was Pogba who made the difference while also stating that his team felt stronger than their opponents.

In 34 minutes, Paul Pogba had a 100% long pass accuracy, 94% short pass accuracy, recovered the ball 4 times, completed 2/2 take-ons, won a penalty and hit one of the passes of the season. He’s back. pic.twitter.com/OdHNlgf7V3

“I told him afterwards how much of a difference he made,” Shaw said on the club website. “He didn’t play for that long but obviously it’s great to have him and Rashy [Marcus Rashford] back in the side.

“They are very important players and maybe we can see Paul from the start on Wednesday. We felt fit, we felt stronger than them and we felt like they were struggling at times. We kept going and got the penalty,” he added.

“I feel great. The break came at a difficult time as we were flying, but everyone’s worked really hard and kept in great shape over the period we had off. We’ve come back flying.

Manchester United fans would be hoping to see more from their club record signing (Pogba) especially alongside their impressive new signing Bruno Fernandes.

Why Manchester City have struggled in PL this season?
Newcastle United vs Sheffield United: 5 key clashes to look out for
To Top