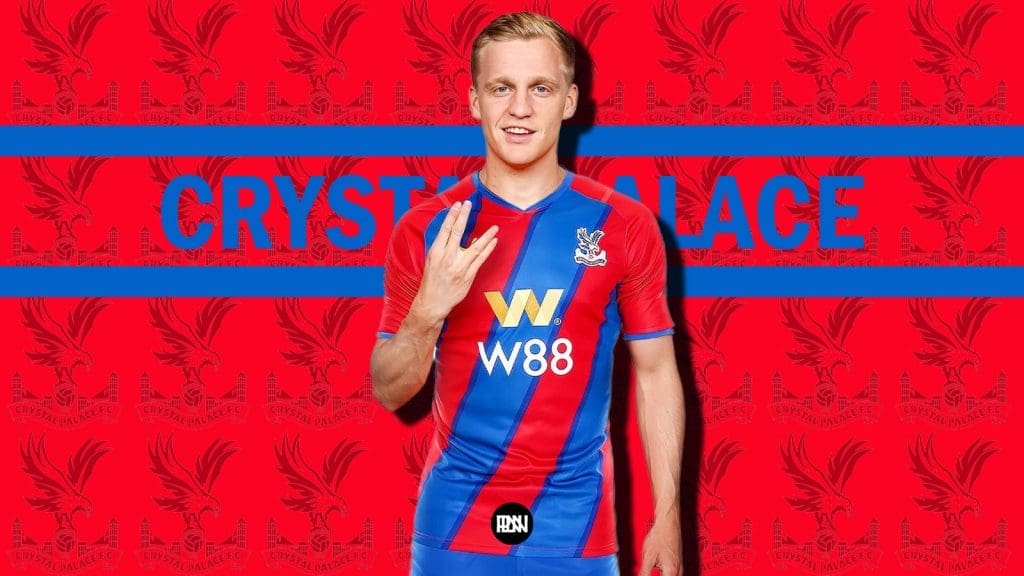 Manchester United midfielder Donny van de Beek is close to leaving the English giants this month according to various reports. Rumours about the Dutchman’s move away from the club have been growing strong over the past few weeks, and it seems a deal is close to completion between United and fellow Premier League club Crystal Palace. It is reported that the 24-year-old midfielder will leave on loan to the Eagles for the remainder of the 2021/22 season.

Donny van de Beek arrived at Man United in the summer of 2020, from Dutch heavyweights Ajax. The midfielder had played a starring role in the young Ajax team which took the world by surprise in the 18/19 season, with a brilliant run to the Champions League semi-finals. Van de Beek was a regular starter in the team that defeated the likes of Juventus and Real Madrid in the knockout stages of the 2018/19 UCL season, receiving acclaim from far and wide for his role in the Ajax midfield. His performances naturally brought him a lot of offers from top clubs, and the midfielder eventually chose Man United as his destination, with the then-manager Ole Gunnar Solskjaer succeeding in luring the Dutchman with a lucrative game plan and football philosophy.

Van de Beek’s move to United was much discussed, with everyone eager to see how he would get on, after scoring on his debut for the English club. However, it was not to be, with the 24-year-old seeing his playing time limited and spending a lot of time on the bench. The midfielder failed to dislodge the likes of Scott McTominay and Fred from the United midfield, and was limited to just 4 Premier League starts in the 2020/21 season. The new season has not been much better for the United number 34, with just 68 minutes of league football and a total of 380 minutes in all competitions. The arrival of new manager Ralf Rangnick was thought to bring more minutes for the midfielder, but it has not worked out that way so far, and van de Beek understandably has been looking for a move away with hopes of more playing time.

A lack of playing time has seen him sidelined from the national team as well, with Holland manager Louis van Gaal stating that he needs to play more to be in contention for selection to the national team. He missed the Euro 2020 last summer, and with the World Cup set to begin at the end of November this year, van de Beek will need more playing time to prove his worth and throw his name in the hat to be selected for the World Cup squad.

Crystal Palace have submitted a straight loan bid, according to the ever-reliable journalist Fabrizio Romano, with manager Patrick Viera pushing for the move to go through. United wants the Eagles to cover van de Beek’s full wages, and talks are still ongoing.

Patrick Vieira is pushing to have Donny as new midfielder, as revealed yesterday. #CPFC

This move could be beneficial for both the club and player, with Palace showing some promise and potential to play exciting football. Van de Beek could be a crucial factor in helping them play more freely, with his skills on and off the ball. He is versatile across the midfield and can play in the number 6, number 8, and number 10 roles. The Dutchman has excellent control and a great eye for a pass and he links up well with the attack and is dangerous as he makes runs into the box. With Viera currently utilizing a 4-3-3, Donny could easily slot into the midfield and could be an upgrade on the likes of Jeffrey Schlupp and Will Hughes. Connor Gallagher has been in an amazing form for Crystal Palace, and there could be a chance to strike up a partnership between the two.

While van de Beek is craving for more playing time, this move could also help him prove his importance to the new manager at Man United who is set to arrive at the end of this season. He enjoyed his best season ever under current Ajax manager Erik Ten Hag, who has been extensively linked with taking charge of United next season. If it were to happen, the stars would align perfectly for the Dutch midfielder and he will be hoping to show his brilliance at Crystal Palace, should the move go through.

Palace are currently sitting in 13th place, hovering just two points behind Leicester City in 10th. The signing of van de Beek could be vital in their push to finish in the top half of the table for the first time since the 2014-15 season. It remains to see what happens next, but an agreement is said to be close between the two clubs, and could very well happen in the next few days, with the transfer window closing on Monday.

Getting senses into WHY Arsenal are pushing for Arthur Melo
Burkina Faso vs Tunisia: Match Preview | AFCON 2021
To Top