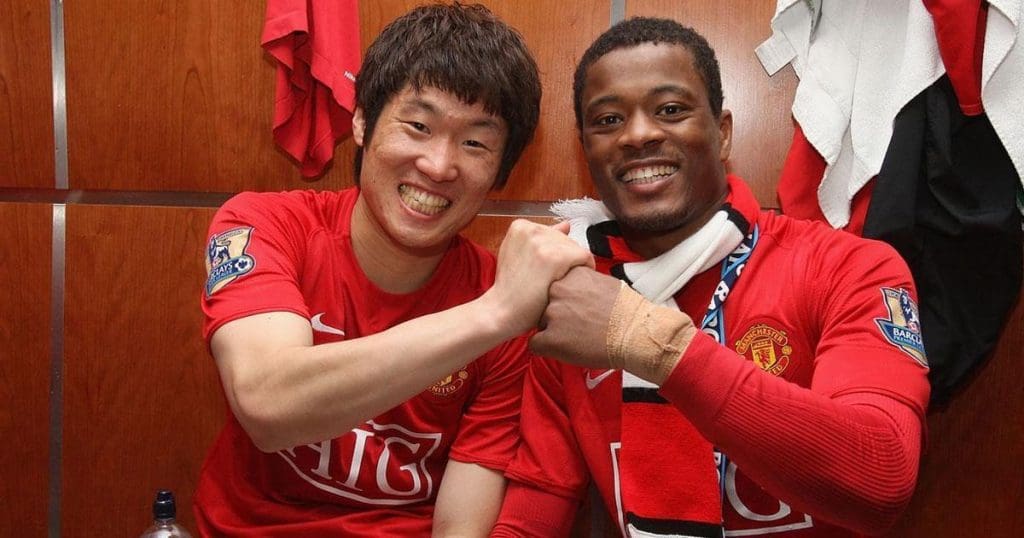 Former Manchester United star and current ambassador Park Ji-sung has opened up on his friendship with Patrice Evra. The former Korean midfielder wrote on his ‘unlikely friendship’ on manutd.com.

“A few months after I arrived, this little Frenchman appeared.

“It wasn’t the first time I’d come into contact with Patrice Evra. When I was at PSV, we’d played against AS Monaco in the Champions League, I think the round of 16, so I knew of him from those games.”

Park revealed that he wasn’t that close with Evra in his early days but they slowly started to get along. He also added that both started living near each other and used to play video games. 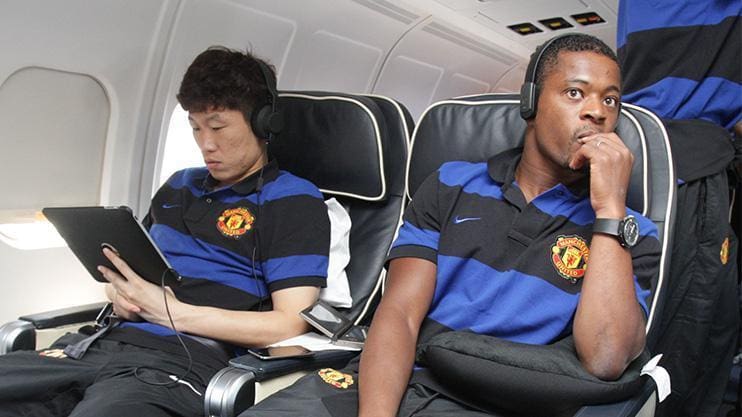 “At first we weren’t that close. He’d only just joined, I’d only been there six months, and there were French players as well who were able to help him settle in. So Louis Saha and Mikael Silvestre, they both really helped him a lot.

“At first we didn’t get together at all. After that, I don’t really know how it happened, but we just slowly started to grow closer. He moved to Alderley Edge and later suggested that I did too, so we lived near each other, plus also we bonded over video games. At that time I think we were both playing Pro Evolution Soccer. Once we started playing that, we would often get together at each other’s house to have dinner, play games and we just grew closer like that. I didn’t speak French, he didn’t speak Korean and neither of us spoke great English, so I guess the language of football helped!”

Park wrote that Evra used to be quiet in the first few months and took some time to be comfortable with everyone.

“For those first few months, he was quite quiet around the club. That didn’t last too long! He needed to know everything and every one before he showed his full character. When he knew the club, knew the players, he was more comfortable then and everybody got to see that he had a huge personality and he became a big influence in the dressing room.

“Patrice is loud. Everyone knows this now. Probably in the top three in that group. Rio, Gary, Patrice. I think everyone would guess that those three were the loudest in that dressing room!”