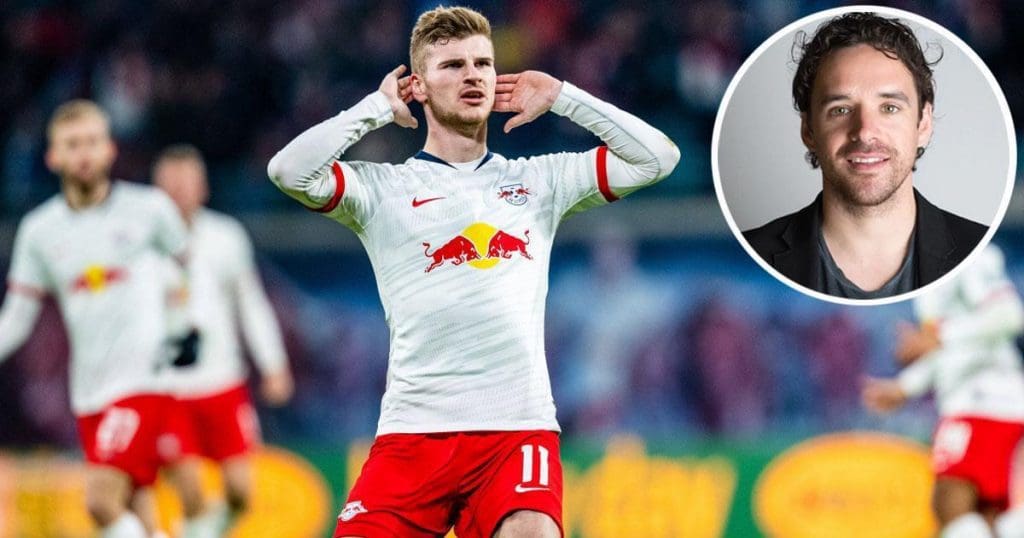 Timo Werner, a 24-yrs-old Germany international forward, who plays for ‘RB Leipzig’ in the German Bundesliga, is a known striker with blistering pace and clinical finish.

His blistering pace makes him a big threat to any defender. He has the quality and capability to play anywhere across the front-line.

He has an highly commendable level of positioning, which helps in identifying spaces amidst the defenders within the box in order to be in a goal scoring position. No wonder he has a good goal scoring record.

His ability in front of goal is obviously one of his natural abilities.

He recently spoke in an interview with a German news outlet, where he revealed that “assists are one of his strengths, though a striker is always defined by how many goals you score, but now that he plays in a new position under the new coach, he has been playing almost as an attacking midfielder, which means he’s got to play like the others do, like Forsberg, Sabitzer, Nkunku, and get assists”. 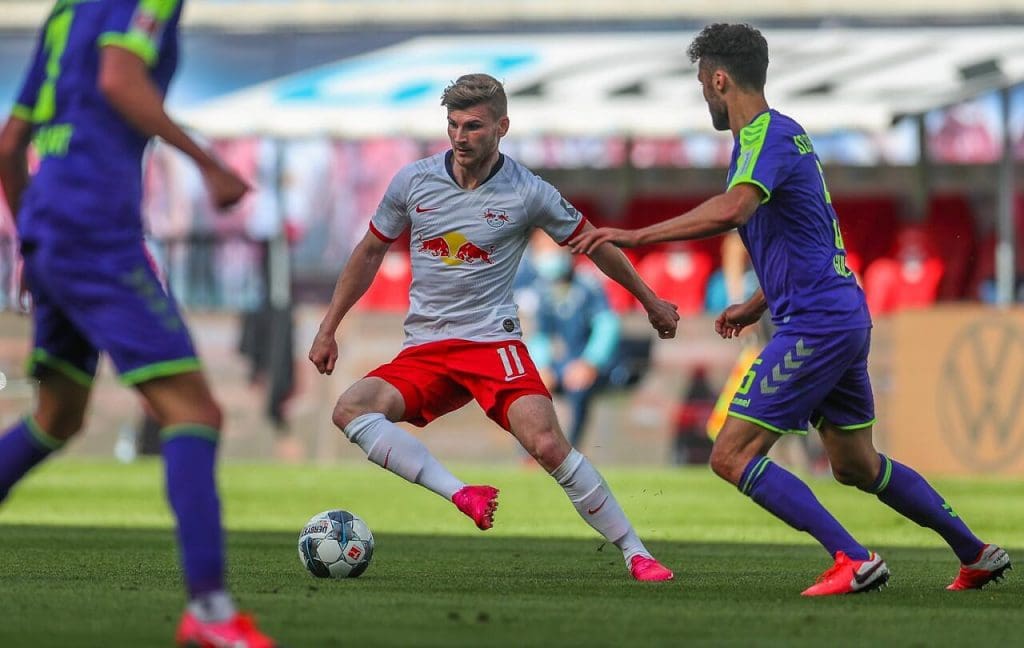 These new position under the new coach ‘Nagelsmann’, has made him to develop on how he links up with those around him.
And he also reviewed how he has been trying to get beyond the image of him being the team’s goalscorer, hereby wanting to support his teammates instead.

His change of position due to tactical reasons under the new coach Julian Nagelsmann never affected his goal scoring duty, which has seen him scoring 27 goals in 36 appearances, while also raking 12 assists across all competitions.

Such return of goals and assists looks to good to be ignored for someone who has been deployed in an unfamiliar position so as to create some spaces for his teammates to impose themselves on the opposition defense.

His improvement in the new position was noted by his coach who stated that: “He (Werner) is finding space in between lines and he’s becoming harder to predict.”

With a move to Liverpool looking more likely to go through this summer, Timo Werner has now been advocated by former Bayern & Red Devils’ midfielder Owen Hargreaves now working as a pundit with TB Sport, to have the same influence at Anfield like former Liverpool’s forward Fernando Torres.

He said: “I think Timo Werner is going to score goals wherever he goes, but I believe his decision will come down to personnel. Timo will now be doing his homework on who will be a good fit for his game. 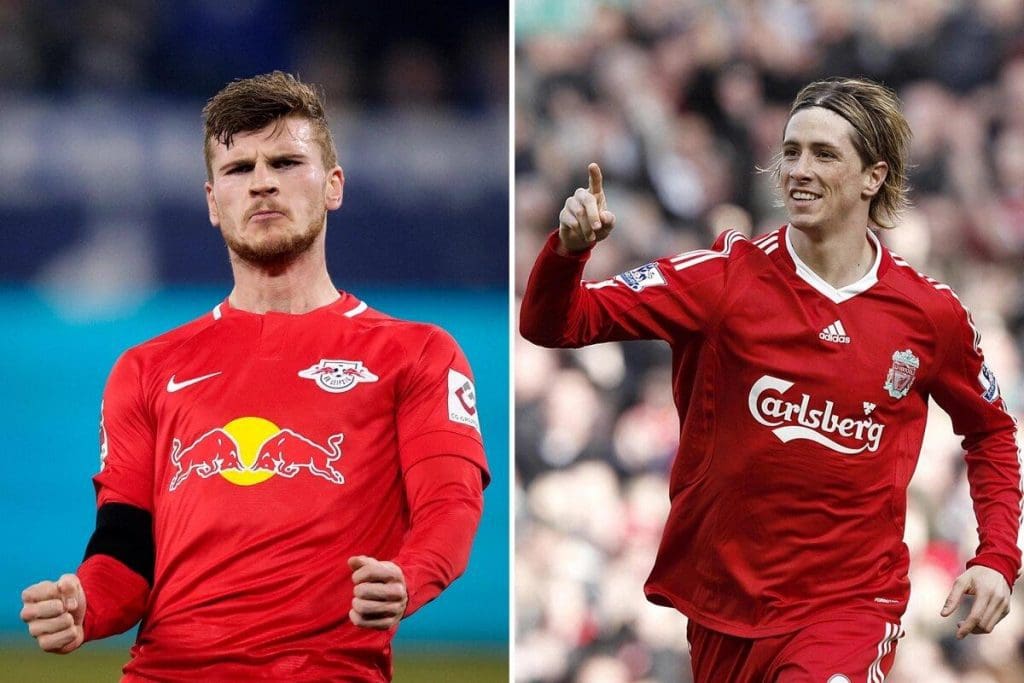 “We saw this with Fernando Torres when he left Liverpool. The way they played – an incredibly defensive team with Stevie Gerrard playing those balls through the middle.

“It was a match made in heaven. Then Torres went to Chelsea, a team that had a lot of slow possession and there was no space for him to run into.

“In the end, that’s not a great fit. Fernando was a super player and Chelsea were a super team – but you have got to play to a player’s strengths.

“I think Timo Werner is that type, the Fernando Torres type, where he is super explosive. He will run away from anyone.

“Having that ability to run in behind and into that space, it would suit his game – and Liverpool can do that.

“They counter and transition better than anyone. He would suit Liverpool.”

Hargreaves added: “Timo Werner is a goalscorer – and he will score goals in the Premier League.

“He has just got to make sure that he gets the right club.

“I am sure that is what he is doing now, making sure he makes the move that is right for him.” 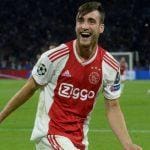 Should Chelsea make Nicolas Tagliafico a priority?
Next Article 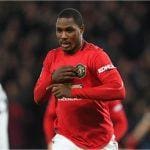