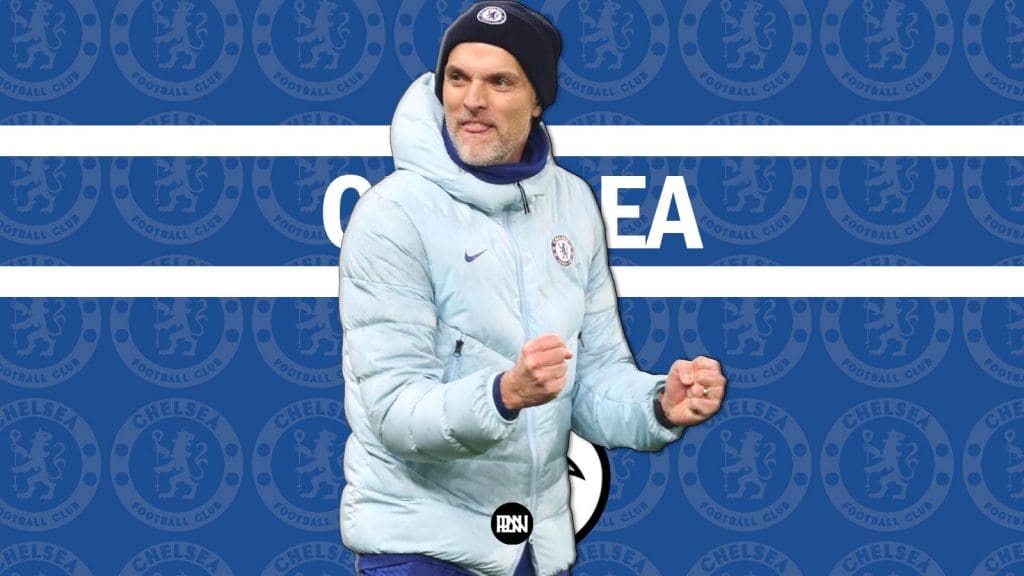 This week marks a year since Thomas Tuchel was confirmed to take over Chelsea as the head coach after club legend Frank Lampard faced the sack at the West London club on an initial 18-month contract with an option to extend it. Tuchel took over the reigns with a squad which was heavily invested in the previous summer with more than 200 million pounds spent on world-class players like Timo Werner, Kai Havertz, Hakim Ziyech, Ben Chilwell, Edouard Mendy and Thiago Silva. Chelsea were languishing in 9th place when the managerial change took place and Tuchel faced an uphill task of finishing in the top 4 with a squad who were low on morale and signings who were taking time to adjust to the new league and new culture. Known for his gegenpressing and fluid style of play, the German came in with a reputation of being a tactically flexible coach and being similar to Jurgen Klopp at Liverpool both being prodigies of Ralf Rangnick the present interim manager of Manchester United.

Tuchel’s first game was a home game against Wolverhampton Wanderers where he switched to a 3 at the back formation which was something Lampard rarely used during his tenure. The match ended in a stalemate 0-0 draw but there were already encouraging signs for the fans watching the match on their TVs as they could see the new system was working and the team looked defensively solid with that one extra man in defence.

As the season progressed, the results of the team kept improving and Chelsea managed to avoid finishing without a trophy for yet another season. Tuchel became the fifth German manager to win the Champions League after defeating Manchester City 1-0 thanks to a goal by Kai Havertz who almost paid back the 60 odd million pounds spent on acquiring him in one night. It was Tuchel’s second ever Champions League final having lost the first one in the 2019/2020 season when he was at PSG to Bayern Munich. The Chelsea board clearly were left impressed by Tuchel with the club winning their second Champions League after that night in Munich.

Over the summer, Tuchel extended his contract at Chelsea for further 2 more years as the Champions League win triggered the extension clause. During the 21/22 season’s transfer window, the club were quiet for the most part of it with the major focus being on managing to sell deadwood players to free up the wage bill and sign a world-class no.9 to compete for the title. Romelu Lukaku was the man chosen to fill the void up top and was signed for a whopping fee of 97.5 million pounds which was the second most expensive transfer in that window behind Jack Grealish’s transfer to Manchester City worth 100 million pounds. Lukaku came back to the club having previously played once for Chelsea in the 2012-2013 season. This was the time for him to redeem himself and try to be the man to win Chelsea the title after 4 years since they last won it.

Fast forward to today, Chelsea are potentially out of the title race this season after lingering behind Manchester city by 10 points. They are third in the league 1 point off Liverpool in second place and the title charge seems to be over. This may have disappointed a lot of Chelsea fans but Tuchel needs to be appreciated in the way he has managed to keep Chelsea 3rd in the league, reach the Carabao Cup final and R-16 in the champions league despite losing their two creative fullbacks in the likes of Ben Chilwell and Reece James to long term injuries with the former being out for the season with an ACL tear, players contracting COVID-19 and having 16 first team players available to play majority of the December month. Chelsea have played 18 games since the November international break in all competitions which is the most in the league with Liverpool in second playing 16 games. Fixture congestion and the uncertainty of the pandemic has derailed the season but being alive in 4 other competitions (FA cup, Carabao Cup, Club world cup and UCL) is still something to look forward to before the season ends.

Keeping the dressing room environment healthy and avoiding a clash of egos is something Chelsea has struggled to do over the last years. During the Roman Abramovich era, there are a number of instances where player power has led to the end of a manager’s tenure at the club. Tuchel’s predecessor Frank Lampard reportedly lost the dressing room in his final weeks which was one of the reasons behind the dip in form. A source told the Athletic: ‘The problem was, the manager didn’t talk to the players — well only the ones he liked. I know of players who weren’t in the team that didn’t hear from him for many months. That’s very frustrating for a player because you don’t know what you have to do to do better, what the manager is thinking. It’s crazy.’ A similar situation was faced by Thomas Tuchel when an interview of Lukaku speaking to Sky Italia was published by the Italian media on 31st December wherein he was quoted saying, “Physically I’m fine, even better than before. After two years in Italy, in which I worked a lot at Inter with trainers and nutritionists, I am physically fine. But I’m not happy with the situation, this is normal. I think the coach has chosen to play with another module, I just have to not give up and continue to work and be a professional. I am not happy with the situation, but I am a worker and I must not give up.” These kind of statements by a club-record signing and one of the leaders of the dressing room certainly sent the fans into a frenzy and Tuchel was left surprised with the Belgian striker. Lukaku has scored 8 goals in 24 appearances across all competitions which is definitely not upto the mark by the striker’s standards who managed to score 30 goals in 44 matches the previous season wherein he won the Scudetto with Inter Milan in the Serie A. Tuchel decided to address this situation behind closed doors and spoke to Lukaku privately rather than doing it in front of the media and making the situation worse. Chelsea were preparing for a crucial match against Liverpool at home when this interview was published and it was thus decided that Lukaku will be entirely dropped from the squad for the game. A £500,000 fine was imposed on Romelu for his actions and the situation cooled down with Tuchel managing to handle the media in his press conferences in a composed manner. The punishment of being dropped from the squad was reportedly taken with consultation of senior squad players like N’Golo Kante, Jorginho, Antonio Rudiger and club captain Cesar Azpilicueta.

Having the senior players have the manager’s back is a positive sign indicating that there is enormous trust between the players and the manager. This saga not only revealed the unity of the dressing room at the club and the trust they have in the manager, but also strengthened Tuchel’s ties with the upper hierarchy at the club. Sources close to the club reported that the way in which this situation was handled by Tuchel impressed Roman Abramovich and the board members. Past experiences in similar situations with different managers haven’t being very kind to the club with managers publicly addressing problems which led to harming the ties with the board and damaging the club’s reputation in the media.

Fair to say Tuchel has been a success so far for Chelsea and if he is given time and backing the transfer windows, he can have a similar managerial career as Pep Guardiola in the Premier League and build a dynasty with Chelsea. The champions league triumph within 5 months of taking over the club and winning games comfortably against the big teams could work in his favour and he might end up being a manager who breaks the “Hire and Fire” policy at the club. With the squad backing the manager, the upper hierarchy left impressed in the direction the club is headed to and the fans showing their complete support, Thomas Tuchel is backed from all possible sides and continuing to win games is the only way he can continue at Chelsea Football Club.

Chelsea’s Defensive Revamp! Who might Leave?
Conte looks to bolster attack, as Spurs close in on Adama Traore
To Top